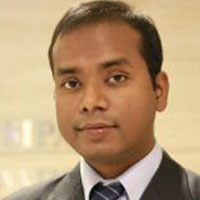 Many developing countries subsidise access to essential commodities with in-kind transfer programmes, where beneficiaries receive goods at subsidised prices while non-beneficiaries have to pay the market price. The resulting ‘dual pricing’ provides incentives to intermediaries to divert subsidised goods to non-beneficiaries. This article studies a policy reform in India to transfer fuel subsidies directly to the programme beneficiaries’ bank accounts and finds a significant reduction in the subsidy leakage.

Governments across the world run large in-kind transfer programmes to provide essential commodities at subsidised prices. In-kind transfers account for a significant share of social safety net spending in developing countries: 18% in the Middle East and North Africa, 11% in Africa, 10% in South Asia, and 9% in Latin America and the Caribbean (World Bank, 2018). While in-kind transfer programmes provide a politically appealing social mechanism for redistribution, they can also be highly inefficient for a number of reasons, including consumption distortion, a regressive design benefitting richer households more, or leakage of subsidies (see Cunha and Gavhari 2008 for a review). Specifically, the fiscal burden of leakages may become a significant concern for policymakers when they start crowding out the fiscal space for investments in public goods. This concern is captured well by a headline quote by then Finance Minister of India in a leading news outlet in 2012: “Losing sleep over subsidy leakage, not subsidy itself”.

A relatively less studied aspect of in-kind transfer programmes, which is usually inherent in their design, is ‘dual-pricing’ that provides the key economic incentive for diversion of subsidised goods. This occurs when the State provides subsidised goods at a lower price to programme beneficiaries, while non-beneficiaries continue to face the market price for the same good. Perverse economic incentives generated by large price gaps may lead to large number of ‘ghost accounts’, which provide a conduit to divert subsidised goods that, in turn, can be sold in black markets and consumed in commercial usage.

The Government of India runs a large subsidy programme for cooking fuel – liquefied petroleum gas, or LPG – which illustrates above mentioned issues (Figures 1 and 2). The government provides LPG to households at a subsidised price, while commercial users pay a much higher tax-inclusive price for the same fuel. During 2013-14, the period of interest in my research (Barnwal 2018), households received LPG at a price about 60% lower, on average, than the commercial price. For a long time, LPG has been a preferred fuel in urban areas, and is primarily used by the middle- to upper-income groups. In 2013-14, the LPG programme disbursed US$8 billion to about 150 million beneficiaries. 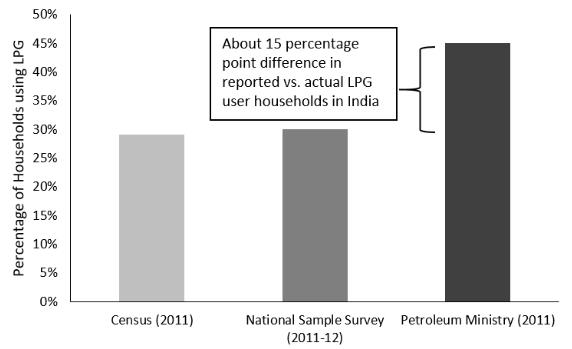 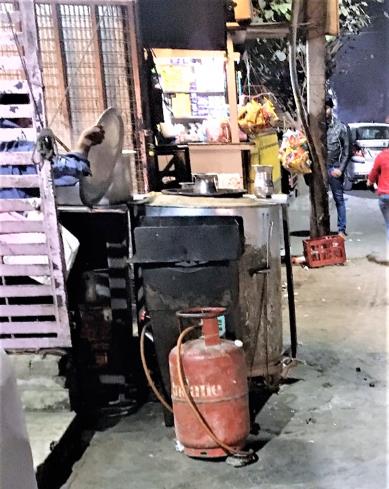 India’s Direct Benefit Transfer for LPG (DBTL) programme, first launched in 2013, sought to transfer the in-kind subsidies directly to the verified beneficiary households. Before DBTL, households would purchase LPG refills from government-appointed retailers at the subsidised price. Post-DBTL, households pay the non-subsidised price to purchase LPG from the same retailers, and receive the subsidy amount directly in their bank account after each purchase. Commercial users continue to purchase LPG at a much higher non-subsidised price. DBTL thus alters the design of the welfare delivery by bridging the price gap observed by retailers and other intermediary agents in the status quo, but it does not change the core ‘in-kind’ feature for households in terms of the physical supply of the good and nor does it replace the subsidy per LPG refill with a lump-sum transfer. To receive the subsidy in their bank account, households are required to provide bank account details and a unique ID (‘Aadhaar number’) for one-time verification.

In my research (Barnwal 2018), I estimate the impact of DBTL policy on subsidy leakage. I further show complementary evidence from audit surveys in black market and data on commercial LPG purchases. The analysis uses two main datasets: administrative data on cooking fuel sales from one of the three oil marketing companies1, and audit surveys in the local black markets. DBTL was first enforced in September 2013 in a group of districts in India, which allows me to compare districts in phase 1 that received the policy earlier to other districts which received it later (phase 3 onwards). The quasi-experimental setting here – that is, (a) the phasing-in of the policy across districts, and (b) its unexpected termination in early 2014 – provides the variation necessary to estimate the policy impact.

The DBTL policy reduced household LPG purchases by between 11% and 14% (Figure 3). When the DBTL policy was terminated, status quo dual-prices resumed. The results show that, after the policy termination, household fuel purchases in DBTL districts increased quickly. 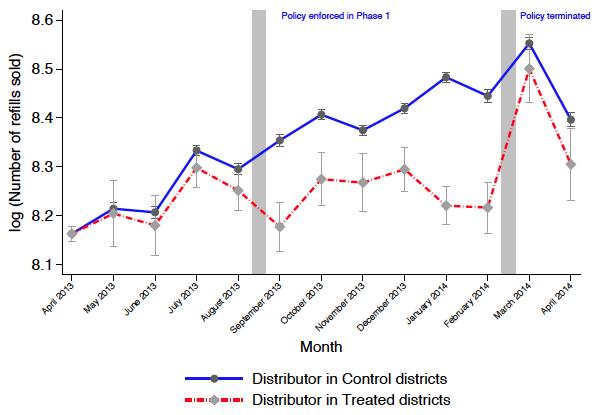 In response to the lower black market prices for LPG, commercial firms reduce their LPG purchases in the formal sector by 6-9%, which suggests that they re-enter the black market for LPG once the policy is terminated.

While collusion between retailers/intermediary agents and households remains a possibility, it would likely be costlier under DBTL. Similar to tax evasion, any difference in reselling opportunity available to the households over retailers would matter (Kopczuk et al. 2016).

It is important to understand whether DBTL led to the exclusion of genuine household beneficiaries and to what extent such exclusion affects this analysis. My research includes a detailed exploration of the transaction-level administrative data and presents complementary evidences such as impact on the black market prices, which suggest that a nontrivial fraction of subsidies under the status quo were being diverted to black market. Additionally, there is suggestive evidence from a follow-up government programme that a significant proportion of richer households voluntarily chose to not enrol in DBTL, and continued to purchase the LPG refills at the non-subsidised price without receiving any subsequent subsidy transfer.

Transferring subsidies directly to the programme beneficiaries in in-kind transfer programmes can help in reducing leakages. In general, policy reforms designed to curb leakages in public programmes need to target the underlying economic incentives which may exacerbate the agency problems. Welfare programmes should be carefully evaluated for how they interact with markets.

The abrupt termination of DBTL itself highlights the importance of political economy challenges with such policy reforms. Politically connected agents may lobby against, and may even succeed in subverting, policy reforms when their rents are threatened.

This research provides an opportunity to understand how large-scale in-kind transfer programmes can be redesigned to reduce leakages, and makes a case for similar subsidy reforms in other sectors such as fertiliser and electricity subsidies. Recent studies on improving fund flow in the rural employment programme MNREGA (Mahatma Gandhi National Rural Employment Guarantee Act) with e-governance initiatives and secured payments infrastructure have also documented significant level of leakage reduction in India (Banerjee et al. 2016, Muralidharan et al. 2014). However, it is important to highlight several important features of the LPG subsidy programme which allow us to focus on the core outcomes in this analysis (for example, LPG is a homogenous commodity with little quality variation, primarily used by middle-to-upper income and mostly urban households during the study period, and importantly, the subsidy transfer amount is pegged to the LPG price to shield households from price variations). A more cautious approach is needed when policymakers consider implementing the Direct Benefit Transfer Policy in other contexts.

Since 2014, about US$15 billion has been disbursed in LPG subsidies through DBTL. The potential fiscal savings due to DBTL, using the estimated reduction in diversion of household LPG refills, is likely to be substantial.