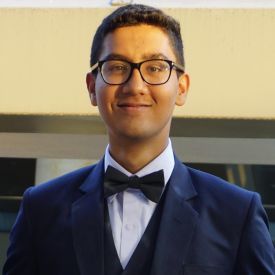 Besides lack of schooling resources, a possible reason why children grapple with low learning outcomes may be poor health at birth. Analysing data from Andhra Pradesh, this article finds that a 10% increase in birth weight increases cognitive test scores in mid-childhood, by 7.2%. This positive effect of birth weight on cognition is larger for boys, children from rural or poor households, and those with less-educated mothers.

In India, approximately 18% of infants were born with low birth weight during 2010-2015 (International Institute for Population Sciences (IIPS) and Inner City Fund (ICF), 2017). At the same time, despite significant increase in school enrolment, learning outcomes remain suboptimal for primary school-age children in India. For example, only 42.5% of grade 3 children were able to read grade 1 text, only 32% children in grade 2 could read simple words in English, and slightly more than one-fourth of the grade 3 children could do a two-digit subtraction (Annual Status of Education report (ASER) Centre, 2016). Besides lack of schooling resources, a possible reason why children grapple with low learning outcomes may be poor health at birth.

The effect of initial health endowment on human capital could be qualitatively different in lower-middle-income countries (LMICs) because poor schooling may prevent cognitive ability from translating into high levels of human capital. Furthermore, there may be gender and other biases in allocation of resources within the household that could attenuate the link between health at birth and human capital later in life. The effect of birth weight on human capital outcomes could depend on the intra-household allocation of resources among children with differing abilities, and parental decisions to invest resources based on their birth endowment (Almond and Mazumdar 2013). Therefore, a key question of significant policy importance is to establish causal relationship between low birth weight and cognitive abilities in developing countries because lack of causal association implies that the returns to investment in improving birth outcomes will have limited returns.

In recent research (Kumar et al. 2019), we study whether children born with low birth weight have lower test scores at age eight. We use the first three rounds (2002, 2006, 2009) of the Young Lives data from Andhra Pradesh (AP). The Young Lives survey is drawn from three distinct agro-climatic regions of AP: Coastal Andhra, Rayalaseema, and Telangana. The average birthweight in the sample is 2.763 kgs, and 17% of the sampled children were born with low birth weight. The main outcome variable is Peabody Picture Vocabulary Test (PPVT) at age five and eight, an important measure of cognitive development. The PPVT score is a widely used test to measure verbal ability and general cognitive development among children. Our sample consists of 868 children whose birth weight information was available from round 1, and the PPVT test scores were available from rounds 2 and 3.

The results in Figure 1 do not control for selection bias and confounding variables, and therefore, cannot be interpreted as causal effects of birth weight on tests scores. For example, if more educated parents adopt healthy behaviours that could affect birth weight and children’s education, then this simple analysis would produce biased results.

The other question of policy relevance is whether the birth weight effects on test scores vary by the socioeconomic status and gender of the child because in addition to biological factors, parental behaviour or environmental factors may affect later-life human capital. In theory, parents may either reinforce or compensate for the low birth weight. For example, parents who prefer to compensate for poor birth endowment might invest more on low birth weight children and hence weaken the birth weight effects on outcomes. The analysis documents that the birth weight effects are larger in magnitude for rural areas, boys, the poor, and children born to less-educated mothers. These results imply that parental nurturing or investment on children may moderate the biological determinants of test scores in the mid-childhood years. However, the effect of birth weight on the test scores did not differ by household caste – scheduled caste/tribe children and those from other social groups had similar propensity to benefit from improvement in birth weight.

These findings indicate that health endowment at birth (especially birth weight) is positively associated with test scores among school-age children in India, and that children from socially and economically disadvantaged background benefit more from improvement in health status around birth. These findings support the notion that the problem of low human capital in developing countries could be addressed by health programmes targeted to improve health outcomes at birth, including birth weight. Our findings point to the critical importance of targeted health and nutrition policies for low-income pregnant women that could improve the prenatal and in-utero environments, which would reduce the burden of low birth weight among newborns in India, and in turn, may improve human capital accumulation.