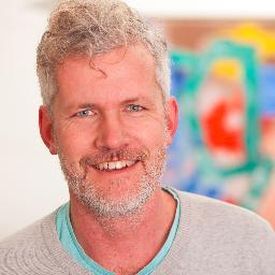 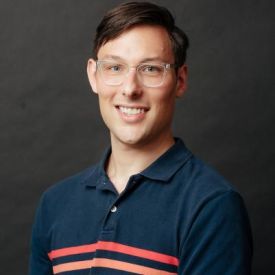 In the absence of compelling information that would allow them to accurately predict election outcomes in their constituency, many voters believe that their preferred candidate will win. Looking at voter preferences during the Uttar Pradesh assembly election in 2017, this article finds that very few Indians are 'strategic voters'. Instead, the results show that very few voters believed that they were in a position to vote strategically, as they expected their favourite party to win.

At election time, most Indian voters have many options to choose from. In the 2019 Lok Sabha election, the median number of candidates running in a constituency was thirteen! However, because most of these candidates stand no chance of winning, many Indians must decide whether to vote strategically: that is, to abandon their preferred candidate and instead vote for one that is more likely to win, in an effort to ensure the defeat of their least preferred party. As an example, conventional wisdom suggests that India’s Muslims are particularly likely to vote strategically, casting a ballot for whichever party is most likely to defeat the Bharatiya Janata Party (BJP) (see Rudolph and Rudolph 1987, Heath et al. 2015. More generally, one encounters this idea frequently in journalistic accounts).

Are large numbers of Indians strategic voters? Or do most of them stick with their preferred party even if it is sure to lose? Questions like these matter for how we understand the electoral verdicts that voters render, and help us to understand the extent to which election results reflect the underlying preferences of voters. The answers to such questions can also shed light on whether and how partisan loyalties shape the behaviour of the Indian voter.

The extent of strategic voting in India

Scholars have long studied strategic voting in other countries that, like India, employ first-past-the-post rules1 when electing their legislatures. However, we know very little about strategic voting in India. Much prior research has assumed that when most votes in a constituency go to the two leading candidates in a multi-party race, many voters have strategically abandoned their preferred candidate in favour of either the leader in the race or the candidate best poised to defeat the front-runner. But, based on election results alone, it is impossible to know whether many have voted strategically or if the constituency simply prefers the two leading candidates.

To measure the extent of strategic voting in India, we surveyed more than 3,600 voters from 66 constituencies during the 2017 Uttar Pradesh assembly election (Heath and Ziegfeld 2022). The survey contacted respondents after they had voted in the election, but before results were announced, ensuring that they were not yet aware of the outcome when they answered our questions.

In total, we found that, at most, about 1% of voters were ‘strategic voters’. We identified these strategic voters as respondents who met the following four criteria:

In short, vanishingly few voters voted strategically in this election. Yet, because this was a three-way race fought between the BJP (and its small allies), the Bahujan Samaj Party (BSP), and the SP-Congress alliance, the number of potential strategic voters was very large. Unlike in largely two-party states, most constituencies in a multi-party state like Uttar Pradesh should have sizable numbers of voters supporting a major party or alliance that is nevertheless very unlikely to win in that particular race.  Why didn’t more voters vote strategically?

Put simply, very few voters saw themselves as being in a position to vote strategically because nearly everyone (93% of respondents) believed that their preferred party was either likely to win or come in second place (4% of respondents). Why abandon your favourite party if you think it is going to win?  However, very few voters accurately predicted the outcome of the race in their constituency. Instead, most who indicated that they felt close to a particular party or liked it a lot believed that their party was likely to win. Only when a voter did not like a party much did objective measures of that party’s (past or future) performance inform their beliefs about its likelihood of victory in their constituency. In some ways, these findings are not surprising – after all, we all hope that the party we like will win. Additionally, between India’s fairly volatile party system and the absence of high-quality constituency-level opinion polls, voters may rarely encounter compelling information indicating that their preferred party’s candidate is sure to lose. Without such information, we suspect, voters consistently project that their favourite candidate will win.

To sum up, many Indians’ party preferences colour their beliefs about how elections will play out in their constituencies. When voters like a party, they expect it to win. Strategic voting is therefore not a concern. One fascinating wrinkle is that, among the very small share of respondents who believed that their preferred party was likely to lose, more than half voted strategically – a share that far exceeds estimates from other countries. By implication, if voters had a better sense of who was likely to win and lose in their constituency, we could see very high rates of strategic voting. Interestingly, and consistent with conventional wisdom, we find that strategic voters in UP were disproportionately Muslim.

Our data from India tell a very different story from those revealed by similar studies in other parts of the world. One major difference involves the incidence of strategic voting. In places like Canada and the United Kingdom, scholars find that strategic voting is, overall, more common. A second major difference lies in the role that party loyalty plays in dissuading voters from voting strategically. In many other countries, far more voters believe that their preferred party is going to lose and vote for it anyway. In these places, partisan preferences shape voting behaviour by inducing voters to remain loyal to their party even in the face of sure defeat. In contrast, party loyalty matters in UP for a very different reason in that it colours voters’ views about which parties are competitive.

Of course, our findings reflect one election in one state, and studies like ours ought to be replicated in order to verify their generalisability across different contexts. However, we have little reason to believe that our findings should be unique to Uttar Pradesh or this particular election. We do not believe that this was an election in which identifying the leading candidates should have been unusually difficult. The main parties active in this election had been the state’s key players for more than twenty years, and the three largest parties (BJP, BSP, and SP) are known to draw disproportionately from certain caste groups (for further detail, see Chandra and Parmar 1996, Verma 2004, Jaffrelot and Verniers 2012, among others), potentially allowing voters to use caste and religious arithmetic to identify the likely leaders in the race. Moreover, the BJP’s stunning sweep of Uttar Pradesh in the preceding Lok Sabha election in 2014 ought to have further helped voters identify the leading candidates. If voters in this election did not accurately foresee that their preferred party was likely to lose in their constituency, then it is not obvious why voters in other multi-party Indian states should fare any better.

Ultimately, if voters throughout India are like those in Uttar Pradesh, then few of them would strategically abandon their preferred candidates in favour of ones more likely to win. Their decisions are not so much principled stands in support of their party so much as reflections of the difficulty associated with forecasting election results. Consequently, the results on election day reflect surprisingly little strategic behaviour.