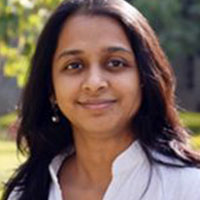 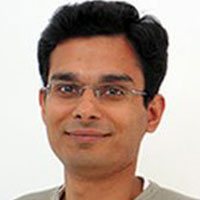 Studies have highlighted the role of electoral competition in directing the flow of public funds. Analysing data from India, this column finds lower income inequality and polarisation in tightly contested constituencies, implying that the poor gain more from electoral competition relative to the rich.

Accountability is central to the concept of democracy. Elected politicians are answerable to their constituencies. Moreover, they have the authority and wherewithal to affect the economic conditions of the citizens in the constituencies. This is because political power necessarily comes with some control of the purse strings: targeting of government schemes (be it welfare or employment generation or poverty alleviation), and provision of local public goods and services (health facilities, schools, road construction, public lighting, etc.). While the former can directly influence the economic prosperity of citizens, the latter does so in more indirect and subtle ways1.

It is plausible that the implementation of public schemes by elected politicians would be sensitive to their perception of the electoral threat from their political rival(s). Existing studies (Lindbeck and Weibull 1987, Dixit and Londregan 1996, 1998) have stressed the role of electoral competition in directing the flow of public funds: the broad consensus is that electorally competitive (or 'swing') constituencies get more targeted resources in aggregate terms.

But then, incomes of citizens within any constituency varies. So, who are the biggest gainers within a 'swing' constituency: the rich or the poor? This is a key issue when trying to analyse the ultimate economic gains from greater political competition.

In tightly contested elections, every single vote matters more. Hence, in an attempt to capture as many votes as possible, all competing candidates are likely to target the low-income groups rather than the rich. This is because it is the poor and not the rich for whom an extra rupee offered from the public budget carries greater value. In a sense, there is a bigger bang for the buck for low-income groups. This would result in a reduction of income inequality and catapult some of the poor into the middle-income group.

While this seems plausible in theory, whether or not it actually transpires in practice requires empirical validation. This is what we turn to next.

Although there have been several political parties in India since the 1950s, parliamentary elections were dominated by the Indian National Congress (INC) party for some decades (1950s until early 1970s)2. However, the 1980s witnessed a tremendous proliferation of political parties at both the state and national levels. Several elections in the 1990s resulted in 'hung Parliaments', meaning that no single party obtained a clear majority of seats, and thus began the era of coalitional politics in India. Our period of study corresponds to the time after the INC had lost its quasi-monopoly in the political arena. Hence, we study the phase when national elections were fought more intensely.

India exhibits considerable heterogeneity in terms of incomes across constituencies, as well as income distribution within constituencies. This is, in part, driven by the fact that parliamentary constituencies are large and populous (the entire population of the country has been partitioned into 543 Lok Sabha3 constituencies), and that various historical inequities in the society have been preserved owing to continuing social institutions like the caste system. These factors contribute to making India a suitable candidate for testing our hypothesis.

We find that a constituency that has experienced 'close' elections tends to have lower income inequality compared to those that have lower electoral competition. The same holds for income polarisation: constituencies with tighter elections have larger middle classes.

We subject our primary findings to a battery of tests. We employ different methods of measuring the extent of electoral competition: our baseline measure of the 'margin of victory' is the difference in vote-shares of the top two candidates in a constituency. We also use different measures of income inequality, with the Gini coefficient4 being the baseline one. Additionally, we account for the fact that constituencies vary in terms of various non-economic dimensions such as population, urbanisation rates, and ethnic and religious composition. Our core findings prevail when using these alternative measures and accounting for the variation across constituencies.

In sum, our analysis suggests that there is a strong link between political competition and income distribution. We believe that the core logic of our analysis extends to all democratic setups.

Any policy that seeks to regulate the degree of political competition (say, reservations or proportional representation requirements5) should first assess the potential impact on income distribution and the middle class, and accordingly account for it.