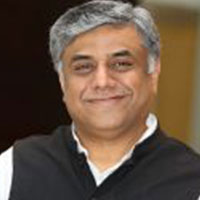 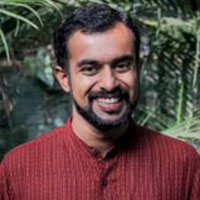 The Finance Minister of India recently introduced measures aimed at cleaning up political party funding in the country. In this article, Gowda and Santhosh highlight the limitations of these measures, and alternatively propose public funding of elections and political parties to improve electoral processes and outcomes.

Vibrant political parties and competitive election campaigns are central to the health of democracies. Parties and campaigns require significant resources to be effective in a competitive electoral marketplace. Ideally, these resources should be raised and spent transparently, between and during elections. Further, parties should not be dependent on a single source, for example, corporate contributions. They must be able to raise funds through a portfolio of methods, including small donations from supporters. Elections themselves should be conducted on a level playing field across political parties.

India has put in place numerous regulations affecting political party funding and election expenditure to enable the above desired outcomes. Unfortunately, many of these have been counterproductive. For example, the unrealistic, low limit of Rs. 7,000,000 per Lok Sabha1 candidate has shifted election expenditure underground. This situation favours those candidates who have and know how to use ‘black money’ and parties often prefer such self-financing candidates.

The larger impact has been pervasive corruption and increased participation of criminals in the political system. Therefore, to turn things around, a promising reform would be to raise election expenditure limits or, counterintuitively, to eliminate them altogether. Then, the Election Commission (EC), which conducts and monitors elections, can focus on eliminating dubious practices such as vote-buying and paid news while allowing legitimate election campaign activities to be conducted openly.

India’s Finance Minister, Arun Jaitley, recently brought in measures ostensibly aimed at cleaning up party funding. One of the proposals, electoral bonds, requires donors to purchase these bonds at banks. The claim is that it ensures that the funds used for these bonds are legitimate and post-tax ‘white’ money. But, to incentivise individuals and corporates to donate freely, Jaitley also added anonymity to the mix. Electoral bonds can be donated to parties anonymously and the recipients no longer have to disclose the identities of donors. This adds to the opacity of the process and militates against a fundamental premise: that the citizens have a right to know who is funding whom and thereby possibly influencing policy outcomes.

Further, Mr. Jaitley removed the limit on corporate contributions (previously 7.5% of net profit of last three financial years) and amended the need for companies to reveal the name of the political party they contributed to. Additionally, companies do not require approval from their board of directors to make donations. Between electoral bonds and these changes, the Finance Minister has opened the floodgates for anonymous corporate contributions to political parties.

Mr. Jaitley also lowered the limit for anonymous cash donations from Rs. 20,000 to Rs. 2,000. This is not expected to change anything on the ground. Parties will continue to funnel black money into their coffers, listing it as anonymous cash donations. Only, now they will have to show 10 times more entries of less than Rs. 2,000. Again, this is a reform only in name, as business as usual prevails.

We argue that the Finance Minister should have instead introduced public funding of elections and political parties to improve electoral processes and outcomes in India. A study by the Electoral Integrity Project finds that the most common reforms across the world in recent years have sought to strengthen disclosure and introduce or expand public funding. 68% (116 countries) of the countries have provisions for direct public funding to political parties, including 86% of European countries, such as Germany and United Kingdom (Ohman 2012).

According to the 2014 Handbook on political funding by the International Institute for Democracy and Electoral Assistance (IDEA), two issues to be considered when designing a system of public funding are eligibility threshold and allocation criteria. Additionally, the central tenet of political finance regulation is that it should focus on incentives, not constraints.

We also consider it important to distinguish between candidates and political parties. Funding candidates is one way to improve internal democracy in parties. Further, even independent candidates without any political-party affiliations must be able to compete fairly in the electoral arena.

We therefore propose a National Election Fund (NEF) to implement public funding of election and political parties. This fund will be operated by the EC with oversight by the Parliament, reducing any suspicion of arbitrariness or the interference of the government of the day.

The NEF would give out two types of grants to political parties. The first is a payment to all political parties after every election, based on the number of votes they have polled, if they cross a threshold of 2% of votes polled of the total voters in a Parliamentary or Assembly constituency. Each eligible vote would fetch the political party Rs. 50 in grants. Half of this amount is to be disbursed and spent only at bank accounts operated at the constituency level and the other half would go to the designated central bank account of the party. This is to strengthen the capacity of the party machinery at the grassroots level through adequate funds and to promote autonomy.

The second type of grant consists of matching grants for fully transparent, small donations below Rs. 20,000 furnished along with PAN (Permanent Account Number)2 card details of the registered voter. This grant can be disbursed every quarter to political parties, in the form of estimated advance payments that are based on previous entitlements. These payments can be later adjusted to the appropriate amount as computed by the statutory formula stated below. Candidates, whether from political parties or independents, will be able to access the matching grant only after the last day of withdrawal of nomination, when the official election campaign period starts as per EC rules.

For every Rs. 100 a party raises in small donations below Rs. 20,000, a matching grant of Rs. 50 will be disbursed to the party from the NEF. The option of choosing whether the matching grant goes to the account of the party or the candidate will be given to the donor. The grant can be spent on any legal election expenditure accompanied with adequate documentation. This will enable even independent candidates without party affiliations to avail matching grants.

The eligibility threshold for matching grants is to obtain small donations from at least 0.5% of the total electors in a constituency or 5,000 registered voters, whichever is lesser. Eligibility is based on the number of unique supporters rather than the amount of the donation. A cap of Rs. 50 million will be imposed on the total amount of matching grants disbursed at the constituency level (that is, donation to a candidate as opposed to the party). If the overall small donations exceed this number at the constituency level, then the grants will be disbursed proportionally among the candidates.

An overall fund of Rs. 50 billion will be earmarked for matching grants at the national level, over a period of five years, with a pro-rated disbursement cap every quarter. In comparison, Rs. 198 billion, that is, four times the amount is allocated for MPLAD (Members of Parliament Local Area Development) funds over a period of five years. India being the third largest economy in PPP (purchasing price parity) terms can surely afford public funding of elections.

In a country where a vast majority of citizens still do not have access to internet banking facilities, it is unrealistic to demand that all donations to political parties be made electronically. However, providing matching grants will incentivise parties to move towards a more transparent regime where they will be encouraged to not only seek smaller, non-anonymous donations but also to eschew big-ticket donations that come with strings attached. Any party that is registered and meets all the eligibility criteria will have access to both types of grants.

Now, since political parties will receive public funds, their accounts will be subject to audit by the Comptroller and Auditor General and their finances will be brought under the purview of the Right to Information Act (RTI). Severe penalties will be imposed for serious breaches in disclosure of small donors below Rs. 20,000. Rules for internal elections in political parties already exist, and will also have to be implemented unfailingly.

The rising costs of media spend, the growing influence of social media and advertising on elections, and the malaise of paid news will need to be studied in detail, separately. It is impractical to regulate media in a vast and fragmented market like India or even mandate free coverage in private media. But, given the scale of spending on media advertisements, political parties must disclose them. Likewise, all media organisations must list every political advertisement they carried in an annual report submitted to the EC, the Press Council of India, and News Broadcasters Association.

Finally, even the best regulations will work only if enforced effectively. The role of the EC is very crucial in implementation of the proposed reforms. It is imperative that the EC is empowered to take both strict and proportionate measures against violators to reduce their impunity, while not going overboard with a purgatory zeal. The EC needs to focus on achievable tasks rather than policing every aspect of political finance and expenditure.

We expect that our proposals will challenge the status quo in election funding and party financing. While our suggestions for reform may not lead to a wholesale change initially, they would set in motion a movement toward transparent funding of parties and elections by enabling genuine infusion of ‘white money’ into politics. The proposal will ensure that serious candidates and parties have at least a threshold level of funds to remain competitive, incentivise political parties to significantly improve transparency through mandatory reporting requirements, embrace grassroots financing from a large donor base, and thereby eschew dependency on opaque funding from businesses.