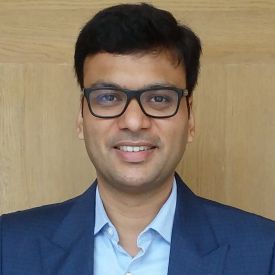 To explain the gap between the expectation of perfect outcomes and the reality of an imperfect system, Gaurav Goel puts forth The Governance Matrix, a tool which can be used to assess the readiness of a government to successfully implement initiatives. He explains the two axes – political salience and system capacity – along which political systems can move; based on this, he posits four states in which governments can exist, and examines the potential for sustainable change in each of the quadrants.

The Indian government system is something of an enigma. Nurtured to cater to a resolute yet fraught democracy, with roots in an oppressive colonial past, it is a system that has to work for a population more diverse and bigger than any other modern democracy. To say that governing India – with more than 1.3 billion people, across 28 states and 8 Union Territories – is complicated, is an understatement.

Collectively, the national, state, and local governments have the responsibility of ensuring a stable economy, providing critical services (like education, health, nutrition) and enabling inclusive growth. To carry out these responsibilities, governments work through different programmes, schemes, and missions – in the interest of simplicity, let’s collectively refer to these as ‘initiatives’. While some government initiatives prove to be successful, in that they come close to achieving the outcome for which they were designed, many don’t meet the mark. For example, Swachh Bharat Mission-Grameen (SBM(G)) was launched in 2014 as a national campaign to eliminate “open defecation in rural areas during the period 2014 to 2019”. During that five-year period, SBM(G)’s target was largely achieved, with rural India being declared open-defecation free. On the other hand, the Skill India Mission, launched in 2015, aimed to provide market-relevant skills training to 400 million youth by 2022. As of December 2021, only around 134 million youth across the country had been trained under the scheme. Both of these are union government initiatives, which rely heavily on state and local governments for successful implementation.

While the success and failure of individual government initiatives have been studied in depth, what’s missing is an analysis of the underlying factors that determine these results. Analysing those factors can help any individual, non-governmental organisation, or the government itself to ascertain the system’s readiness for undertaking an initiative and its ability to achieve the intended outcomes.

What is The Governance Matrix?

The Governance Matrix1 is a tool that can be used to ascertain the readiness of a government system (national, state or local) to drive outcomes as a function of the level of political salience (political will on a given agenda) and system capacity (people, processes and infrastructure). In Figure 1, the system can move from one quadrant to another through a change in either political salience (through advocacy or a change in political environment) or in system capacity (through investment in people, processes, and infrastructure).

The Governance Matrix has two axes: the first, political salience, refers to the commitment of the political leadership of the government system to introduce and carry out an initiative for a prolonged period of time until the intended outcome is achieved. If there is political will, then enabling conditions will be put in place by the leadership to increase the probability of achieving outcomes. This includes posting an appropriate bureaucrat at the helm of affairs with some stability of tenure – and even if transfers happen over a period to replace the original bureaucrat with another competent officer; ensuring the availability of resources needed for the initiative, particularly in the form of budgets and team; and rallying public support for the initiative through speeches, events, media, advertisements and so on.

The second axis of The Governance Matrix is system capacity, which refers to the people, processes and infrastructure (both physical and technology) required to drive an initiative successfully. For example, health outcomes can’t be achieved when the vacancies of doctors continue to remain high in primary health centres (people). Educational outcomes can’t be achieved if teacher availability in classroom is not ensured, which in turn depends on the administrative workload on teachers (process). The country’s youth can’t be skilled effectively if there isn’t a network of well-equipped training centres (physical infrastructure). And it would be next to impossible to carry out direct benefit transfers successfully to farmers in the absence of suitable payment systems and an updated database of all eligible beneficiaries with verified bank accounts (technology infrastructure).

The four quadrants of The Governance Matrix explain the four states in which a government system can be, as defined against the axes of political salience and system capacity:

Quite often, well-meaning practitioners and researchers engaging with or in government expect an imperfect system to yield the perfect outcomes, purely based on intent and inputs. The Governance Matrix can help explain the gap between this expectation and reality.