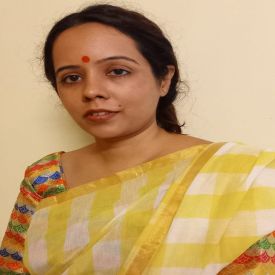 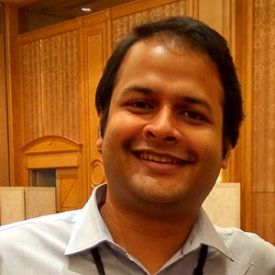 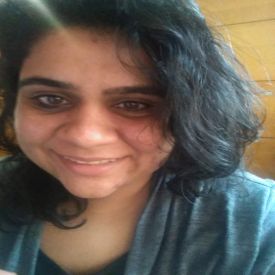 Research has shown that maternal health affects later-life outcomes of children. Using data from the Young Lives survey in Andhra Pradesh and Telangana, this article shows that antenatal care has an impact on the cognitive scores of children during mid-childhood, with scores increasing if mothers had between five and eight antenatal visits, with significant variations by caste. Based on this finding, the authors suggest that the government’s current mandate of a minimum of four antenatal visits is worth rethinking.

The environment in which a child is born significantly shapes the inputs and investments it gets during its formative period, thereby influencing later life outcomes. Several studies have shown that failure to secure a child’s wellbeing during early childhood could have irrevocable and everlasting negative effects on their physical and cognitive development (Heckman and Masterov 2007, Heckman 2012, Black et al. 2016). Extant literature has also presented evidence on in-utero environments affecting adult health (Fogel 2004, Gluckman and Hanson 2006).

In developing and low-income country settings, poor access to healthcare and nutritional deficiencies continue to have debilitating effects on the development of children. An important pathway to overcoming these ill effects is providing antenatal care (ANC) to pregnant mothers. ANC serves as a form of preventive health care for pregnant women and ensures access to essential health care for the pregnant mother and her unborn child by skilled professionals (World Health Organization, 2016). It is also instrumental in providing social, emotional, psychological, and nutritional support during pregnancy. Therefore, it is not surprising that the absence of ANC has been associated with sub-optimal cognitive development, particularly in South Asia and sub-Saharan Africa, which have the lowest levels of ANC (Guliani 2012, Kuhnt and Vollmer 2017).

We find that maternal access to ANC services is significantly and positively related to child cognitive score outcomes, especially when the child is aged eight.1 Moreover, there is important evidence to argue for a shift in attention to providing mothers with antenatal support from the earliest days of pregnancy, while simultaneously drawing attention to explicitly considering the minimum number of ANC visits prescribed by the government (usually at least four visits during pregnancy). Further, the research provides crucial insights into how differences across socio-economic factors such as caste determine maternal access to ANC, thereby compromising the cognitive outcomes of children from marginalised groups. There are useful lessons to be learnt by first studying and establishing the link between the cognitive achievement of a child and the socio-economic factors in the child’s immediate surroundings that contribute to their skill development.

We study the relationship between maternal access to ANC and children's cognitive development at different early life stages. The key explanatory variable of interest, information about ANC was available with a binary outcome (that is, whether or not the mother had access to ANC services while pregnant). Another variable captured the number of antenatal visits, but we chose not to include it in our regression model. This information from the mothers was captured when the child was already aged two, and hence to avoid errors due to recall bias, we felt that either having access or no access to ANC would be much easier to recall as against the specific number of visits.

The data for this research is employed from the India section of the ‘younger’ cohort of the Young Lives longitudinal survey data for children (YL survey henceforth)2, their households and their communities. Data was collected during rounds 1-5 in 2002, 2006, 2009, 2013 and 2016, respectively. Data collection was undertaken in two regions of Andhra Pradesh (Coastal Andhra Pradesh and the Rayalaseema region) and a region of Telangana. The ‘index child’ in this survey (henceforth also identified by age at the time of the survey) was aged 2, 5, 8, 12 and 15 years on average, respectively. Rich information on child and maternal characteristics relevant to our research related to early childhood cognitive development is available for this cohort of children.

Although the sample of children is representative of the three regions from the states of Andhra Pradesh and Telangana, one of the strengths of the YL survey is that even by the fifth round, the overall attrition rate was about 5% over the period of around 15 years, which is one of the lowest in longitudinal surveys of this nature (Barnett et al. 2012).

The prime outcome variable is the cognitive test score captured by two metrics: the Peabody Picture Vocabulary Test (PPVT) score, which aims to capture receptive vocabulary; and math test scores that assess children's computational abilities. The younger cohort completed four PPVT tests in rounds two to five (when the index child was aged 5 to 15) and three math tests first administered when aged 8, and subsequently when aged 12 and aged 15. The scores were transformed to z-scores3 at each corresponding age to compare achievement over time and used for the analysis (Cueto and Leon 2012). The test items of both the cognitive assessment tests increased in difficulty at each age point. As the analysis might have a selection bias on account of mothers who chose more ANC visits because they were more aware or took better care about nutrition. We have tried to minimise this bias by controlling for maternal characteristics such as education, her intent to have a child, caste and body mass index (BMI).

The findings revealed that 88% of the mothers in the selected sample had access to ANC services, whereas 12% had no access to ANC.

Figure 1 suggests a strong positive relationship between the number of ANC visits of a mother and the cognitive scores of the child, where the cognitive scores in children lean towards the higher side when the mother makes between five to eight maternal antenatal visits. After controlling for all the requisite individual, household, and community-level variables, the findings from our multilevel linear regression model also show a positive association with the PPVT scores when the child is aged five, and reflected significantly positively on both PPVT score and math scores during middle childhood, when the child is aged eight. Though not significant, interestingly the association between antenatal visits and cognitive scores continues to remain positive till the child is aged fifteen.

Figure 1. Kernel density estimates of the number of maternal ANC visits on the PPVT (left) and math scores of children (right),

Note: A density plot is a visual representation of how the values of a variable (the number of ANC visits (in Figure 1) and maternal caste (in Figure 2)) are distributed in our sample.

The left panel of Figure 2 draws attention to variation in maternal access to ANC across castes. Women from open castes4 have access to more than five ANC visits, and also have the most number (close to ten) of visits. Mothers from Scheduled Tribes (ST), Scheduled Castes (SC) and Other Backward Classes (OBC) seem to have most of their ANC visits concentrated between no visits to up to five visits. Lastly, the right panel of Figure 2 reveals that the open caste children showed better cognitive scores as compared to underprivileged castes, with the children belonging to the ST group performing the poorest. The regression showed that belonging to underprivileged castes is inversely related to performance in both PPVT and math tests when the child is aged five and continues to sustain at each advanced age) and each caste category till the child is aged fifteen.

The results sustain the positive consequences of antenatal visits during pregnancy on the child's cognitive outcomes. The findings are significant when the child is aged eight, as almost all the children were enrolled in school by this age. Furthermore, although the estimated effects of a lot of other covariates5 become modest as the child ages (especially after the age of 12), it is important to recognize that underprivileged children tend to accumulate health insults as they age (Currie and Moretti 2005) and thus, the overall effect of physical and cognitive development in childhood could be large.

Based on National Family Health Survey 4 (NFHS-4) data estimates, the proportion of pregnant women receiving a minimum of four antenatal visits increased from 37% to 51% during 2006-16. This can be considered as relatively modest compared to the increase in institutional delivery rate, which doubled from 39% to 79% during the same period. However, these indicators could have worsened, as these estimates are based on pre-pandemic data, and the numbers must have alarmingly dropped in the current scenario, with dire consequences for the most vulnerable pregnant women and their children (Goyal 2021).

As revealed in our findings, children of mothers who received between five and eight antenatal visits had improved childhood cognitive test scores, especially in middle childhood (aged eight). There is cause to rethink the current ‘minimum four antenatal visits’ mandate of the Indian government, particularly if the wellbeing objective is to be extended to the child's life cycle instead of only targeting the pregnancy experience of the woman.

Since the probability of having a sub-optimal cognitive score increases with the lack of maternal access to antenatal care, especially among women belonging to marginalised castes, these women need to be policy-targeted more than those who do not belong to vulnerable social groups and are educated. The prevailing research on health outcomes of STs and SCs also suggests that they have worse health outcomes than social groups like upper caste Hindus when studied for access to the maternal healthcare services and self-rated health status in India (Po and Subramanian 2011).

It is therefore necessary for the government to call for evidence-based remedial action when it comes to rethinking maternal antenatal care strategies. This viewpoint can help prevent disparities arising in the early years of children’s lives, leading to huge gaps in their cognitive development. Children who are born to well-endowed parents have an advantage in avoiding traps of poverty and undernutrition. However, the concern is for others, specifically children belonging to vulnerable caste groups, who might struggle to escape a vicious intergenerational cycle of deprivation.