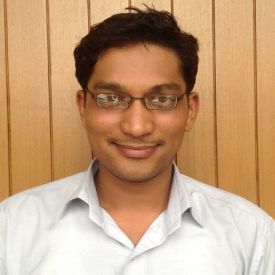 In an attempt to understand open defecation in four focus states in the aftermath of the Swachh Bharat Mission, Vyas and Gupta evaluate the findings of the NFHS-5. They note that the NFHS is likely to underestimate open defection rates due to their use of data collected at the household level, and the possibility of response bias. After adjusting the estimates, they find that about half of rural Indians in the focus states defecated in the open in 2019-21.

After five years of the Swachh Bharat Mission (SBM), India was declared open defecation free in October 2019. Because of the constraints posed by Covid-19 and the associated lockdown, no nationally representative survey data were made available to assess this claim until recently. We use recently released micro-data from India’s National Family Health Survey 5 (NFHS-5), which surveyed households between 2019 and 2021, to understand open defecation in rural India since SBM.

We are particularly interested in understanding open defecation in rural Bihar, Madhya Pradesh, Rajasthan, and Uttar Pradesh, which we collectively call the focus states. These states represent about two-fifths of India’s rural population, and are home to most of the rural households that were defecating in the open before the SBM. Since 2014, along with coauthors, we have done both quantitative data collection, as well as qualitative field work in these states, focusing on sanitation attitudes, preferences, and behaviors (Coffey et al. 2014, Coffey et al. 2017, Gupta et al. 2019, Gupta et al. 2020).

This gives one answer to the question posed in the title of this article. In the rest of this article, we discuss why this might underestimate open defecation in rural India. We use the NFHS data to make more sophisticated estimates of rural open defecation in the focus states, and using different methods, we estimate that about half of rural Indians in the focus states defecated in the open between 2019 and 2021.

Why the NFHS is likely to underestimate open defecation

One reason why the NFHS is likely to underestimate open defecation is because it asks a household-level question about individual behaviour. For each household, the survey asks: “What kind of toilet facility do members of your household usually use?” Surveyors classify responses into different types of toilets, or open defecation. Prior research in rural India has found that even among latrine-owning households, it is common for some individuals to use the latrine and for others to defecate in the open (Coffey et al. 2014). Using a randomised survey experiment, Vyas et al. (2019) find that the household-level question asked in the NFHS finds 20 percentage points less open defecation than an individual-level question.

Another reason why the NFHS-5 in particular might underestimate open defecation is because it followed an intensive, high-profile, and coercive campaign to eliminate open defecation (Gupta et al. 2019). This might have caused respondents to provide answers that they perceived to be more socially desirable or partly correct, even if inaccurate on the whole.

We cannot observe these types of response bias directly in the NFHS. However, a comparison between the NFHS-5 and the Survey of Rural Sanitation and Solid Fuel Use (RSFU), a household survey representative of the focus states which we carried out in 2018, suggests that the NFHS-5 might have underestimated open defecation. We make comparisons over two different indicators.

First, as shown in Table 1, the NFHS finds much less open defecation among latrine owners compared to the RSFU.1 According to the RSFU, about one-fifth of individuals in latrine-owning households defecated in the open in 2018, a statistic which has remained very stable since a 2014 survey of the same households. According to NFHS-5, however, only about 2% of latrine-owning households defecated in the open.

Is it possible that open defecation among latrine owners could have reduced so dramatically between 2018 and 2019-21? By the time the RSFU started data collection, both Madhya Pradesh and Rajasthan had already declared their states open defecation free and work on the SBM had largely come to an end. Yet, 16% of people in latrine-owning households in Madhya Pradesh, and 40% in Rajasthan, continued to defecate in the open. This suggests that the NFHS-5 likely underestimated open defecation among latrine owners.

In our field work in 2018, we found that local officials in Uttar Pradesh had placed a greater emphasis on educating people about twin-pit latrines relative to the other states. This ensured that the latrines that were constructed were more likely to be twin-pit latrines, and might explain some of the difference across states in the types of latrines observed in the subsequent NFHS. The focus on twin-pits by the Uttar Pradesh state government might have influenced surveyor training, contributed to greater social desirability bias, and/or led to greater awareness among respondents, such that twin-pit latrines were more likely to be observed in the state.

Incidence of rural open defecation in the focus states

We estimate rural open defecation in the focus states in several ways. The first estimate requires no computation: it is simply the fraction of households in the NFHS-5 that responded “open defecation” in the survey. This is shown in column 2 of Table 2. For the reasons we described above, though, this is likely an underestimate of open defecation.

In columns 3 and 4 of Table 2, we compute estimates using two different adjustment methods. The first method adjusts the NFHS-5 estimates based on the findings from Vyas et al. (2019). For that study, we worked with a team of researchers to organise a randomised survey experiment in rural Bihar, Odisha, Karnataka, and Gujarat. Half the households received the NFHS question, and half received an individual-level question about open defecation. We found that the NFHS question underestimated open defecation by about 20 percentage points on average, and by 10 percentage points in the state that showed the smallest difference between the two questions. Column 3 shows a range for rural open defecation based on these findings, in which we adjust the NFHS-5 estimates by 10-20 percentage points.2 Using this method, about half of rural households in the focus states defecated in the open in 2019-21.

Source: Author calculations based on NFHS-5 (2019-21) and RSFU (2018).
Note: We do not show estimates in column 3 for states separately because of the imprecision of the estimates.

The second method we use predicts open defecation among individuals over the age of two in NFHS-5 households based on a simple logistic model where open defecation in the RSFU is a function of household and individual characteristics. The characteristics we use in the model include: age, household size, the type of latrine the household owns (pit latrine, septic tank, other, or none), and state, each interacted with an indicator for female, as well as ownership of each of seven assets.3 If we code an individual’s open defecation prediction based on a predicted probability4 greater than 0.50, then this model accurately predicts the behavior of 82% of individuals over age two in the RSFU. Applying this model to individuals in the NFHS gives a prediction for rural open defecation in the focus states of a little less than one half.

Relative to the 70% of rural households that were estimated to defecate in the open in the focus states in 2015-16, all estimates of open defecation in 2019-21 represent a considerable decline. Depending on the precise estimate used for 2019-21, rural open defecation in the focus states declined by 6-9 percentage points per year. This is a rapid acceleration compared to the 2 percentage point annual rate of decline between 2005-06 and 2015-16 (Coffey and Spears 2018). However, open defecation is far from having been eliminated in rural India, and the work to encourage latrine use must continue.