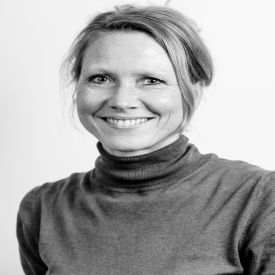 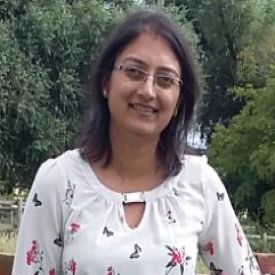 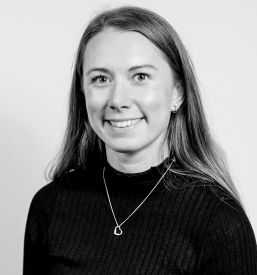 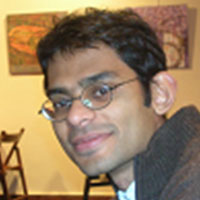 Although sanitation is essential for health, many households remain without a toilet due to financial constraints. This article describes the extent to which perceptions of costs and benefits of sanitation investments vary by gender and within the household. It demonstrates how these intra-household gender differences impact the success of a sanitation microcredit intervention in Maharashtra. Impacts of these differences on intervention success are largely concentrated in households where the woman is involved in the decision-making process.

Safe sanitation is recognised as being essential for primary health (“An adequate supply of safe water and basic sanitation” has been included in the Declaration of Alma-Ata). High rates of open defecation (OD) cause high mortality rates (Geruso and Spears 2018), and have long-lasing consequences on health and human capital accumulation (Miguel and Kremer 2004, Bleakley 2007, Augsburg and Rodriguez-Lesmes 2018, Spears, 2020). However, access to sanitation is not always straight forward. At the start of 2015, only 25% of households in our study area in rural Maharashtra owned a toilet – this is low even by rural Indian standards, where the toilet ownership rate is 56% (District Household Level Survey (DHLS) 2012-13).

Toilet construction is a complex and costly process. A household that wishes to build a toilet must first identify and secure financial support or family savings. Then, household members would need to agree on the toilet model and location. Finally, someone would need to source the materials, hire skilled labour and oversee the construction. In rural India, where women’s movements outside the house are often restricted, these responsibilities often fall to male household members (Routray et al. 2017).

In our data, among households without a toilet, 83% report financial constraints as a key impediment to sanitation adoption. The average reported cost of toilet construction is Rs. 20,000, which is equivalent to around 50% of the average household annual income. However, financial tools and initiatives are often provided to women (as opposed to their husbands) as a way of promoting investment in goods and services believed to be preferred by women. For example, providing women with control over resources has been shown to improve female microenterprise investment (Riley 2020), female labour supply (Field et al. 2021) and nutrition (Armand et al. 2020, Duflo 2003).

Different household members may also have different perceptions on the costs and benefits of a toilet. One the one hand, women may perceive higher benefits from owning a toilet, as they find it more challenging to find a safe place to relieve themselves and are more subjected to sexual harassment. On the other hand, women who bear the brunt of the housework may also face the additional burden of fetching the water and cleaning the toilet. Consequently, it is likely that cost and benefit perceptions of both male and female household members matter in the sanitation investment process.

In a new study (Augsburg et al., 2021), we use novel data collected from both male and female adults in just over 1,100 households in rural Maharashtra and document the perceptions they hold regarding the costs and benefits of a standardised toilet, and highlight how these vary by gender and within the household. These households – who were all microfinance clients – were part of a cluster randomised trial studying the impacts of providing access to sanitation microloans. Thus, in a second step, we study how the intra-household gender differences in perceptions interact with female bargaining power to affect the success of the intervention1.

We collected information from one male and one female adult from each household. Firstly, individuals were asked to estimate the maximum and minimum amounts they would expect it to cost if they built the toilet in Figure 1.

Secondly, individuals were given a scenario household that had recently constructed the toilet shown. They were then asked to what extent they agreed with a series of statements relating to the non-monetary costs and benefits of toilet ownership2. In Figure 2 (centre panel), we show that women tend to perceive higher benefits to toilet ownership, on average, than men.

We study these perceptions in the context of a sanitation loan intervention carried out between February 2015 and September 2017 in rural Maharashtra. The intervention made new sanitation loans available to existing female clients of a large microfinance institution (MFI) for the construction of a new toilet or the repair and upgrade of an existing toilet. However, no information or advice on toilet construction was provided by the MFI. The loans were provided collateral-free to women in joint-liability groups3. Receipt of the loan required agreement from the spouse and repayments were made weekly over a two-year period. The loans carried an average annual interest rate of 20% (which was lower than other commonly available loans such as business loans). The new loans were made available to microfinance clients in 40 out of 81 randomly selected gram panchayats (GPs). In the remaining 41 GPs all other services continued as normal.

We show these results in Figure 5 (left panel) which breaks down the treatment effect on loan uptake by intra-household benefit perceptions (higher or lower) and the wife’s level of bargaining power, and in Figure 5 (right panel) which shows the breakdown of the treatment effect on toilet ownership by the intra-household monetary cost perception difference and the wife’s level of bargaining power. When the wife has similar or higher benefit perception compared to her husband, and is in the mid-bargaining power (BP) sub-group, household loan take-up is 32 percentage points higher than for households where the woman has mid-BP and a lower perception of the benefits than her husband. Furthermore, toilet ownership in households where the wife has a lower perception of monetary costs and mid-BP increases by 30 percentage points which is significantly higher than for those where the wife has similar or higher monetary cost perception and mid-BP.

Our findings conclude that intra-household differences in perceptions only influence borrowing and investment where the woman has some involvement in decision-making. Targeting sanitation microcredit to women can be effective in increasing sanitation investments. However, we highlight the importance of combining these interventions with information, not just on the benefits of sanitation ownership but also the monetary costs to address the significant misperceptions in monetary costs, especially as our evidence suggests this would increase the conversion of loans to toilets.