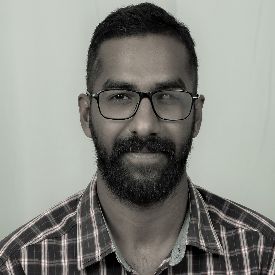 While the relief package announced by the Government of India for Covid-19 rightly complements food rations with cash transfers, the case for using the list of women Jan Dhan bank accounts for the latter is not clear. In this post, Anmol Somanchi shows that a little less than half of all households are likely be excluded from cash relief and discusses other limitations of this approach.

A vital component of the relief package announced by the Finance Minister on 26 March 2020 in response to the Corona pandemic was a direct cash transfer of Rs. 500 per month for three months (April-June 2020) to all 0.2 billion women Pradhan Mantri Jan Dhan Yojana (PMJDY) bank accounts.1 While the relief package rightly complements food rations with cash transfers, the case for using the list of women PMJDY bank accounts for the latter is not clear. In the times of a crisis, it is essential for relief measures to be progressive, have minimal exclusion errors, and reach beneficiaries in a reliable and timely manner.

In independent work, Pande et al. (2020), based on publicly available data sources (described below), estimate that at the individual-level roughly half of poor women are unlikely to have a PMJDY account. In this post, I begin by extending their analysis to estimate the individual-level coverage for urban and rural women as well. Given that individuals share resources within a household, even more so during a crisis, from a policy perspective it is also important to know the household-level coverage of PMJDY accounts. However, such information is elusive – neither government data nor recent nationally representative household surveys are helpful in this respect. This at least partly because many women do not know whether they have a PMJDY account (Pande et al. 2020) and hence the information is missing from most household surveys. To fill this gap, based on individual-level coverage estimates and simple probability calculations, I estimate the share of households that are likely to not have even one woman with a PMJDY account. I then highlight certain other issues besides coverage and targeting, and end with a brief discussion on alternatives.

As per data published on the government’s PMJDY portal, the number of accounts stood at 382.3 million at the start of April 2020. Of these, women and persons in rural/semi-urban areas hold 207.2 million and 226.7 million accounts respectively. As per World Bank estimates, India’s adult (15+ years) female population and the proportion of population living in rural areas in 2018 were 475.8 million and 66% respectively. Lastly, the share of women living in poverty and the share of total women PMJDY accounts held by poor women is available from the nationally representative Financial Inclusion Insights (FII) 2018 survey.2

As Pande et al. (2020) describe, based on the numbers in Table 1, the probability of an adult woman not having a PMJDY account can be calculated for the overall population as well as for poor, urban, and rural women (see row 1 in Table 2).

More than half of all women, and a little less than half of all households are likely be excluded from cash relief. Both at the individual-level and household-level, exclusion is likely to be marginally lower among the poor but significantly higher in rural areas. If we account for the fact that as of February 2020, one in every five PMJDY accounts were ‘inoperative’, exclusion is likely to be even higher than suggested here. Moreover, women without a PMJDY account are likely to feel a gross injustice. Take the case of workers employed under the Mahatma Gandhi National Rural Employment Guarantee Act (MNREGA)4 who already had a bank account and hence did not open a PMJDY account.5 Surely among the most vulnerable even in normal times, they are going to be excluded for no fault of their own.

These estimates for household-level exclusion assume that PMJDY accounts are randomly distributed across the adult population. This assumption can be tested using data from the FII 2018 survey by comparing the overall distribution of female adults and the distribution of female adults with a PMJDY account across key demographic variables: age, household size, religion, literacy, poverty status. At least for these indicators, the assumption (surprisingly) seems to hold except that poor women are slightly more likely to have a PMJDY account than an average woman. However, this should not mask the fact that the share of non-poor women in total women (31%) is not very different from the share of PMJDY accounts held by non-poor women (25%), implying that inclusion errors are still likely to be high. On the other hand, the crisis is likely to have pushed many more people into poverty, which would imply that the exclusion estimates for the poor population are likely to be lower bounds. Consistent with these estimates, early results from a survey of 6,915 randomly sampled (self-reported) poor households conducted in early-April 2020 by Dalberg found that 43% of the households did not have any woman PMJDY account (Totapally et al. 2020). It is also worth noting that having a PMJDY account may not guarantee inclusion – early results from a survey by researchers at Azim Premji University suggest that about 15% of households with a woman PMJDY account did not receive transfers in April.

In addition to inclusion and exclusion errors, there are at least three other concerns.

First, as Khera (2020) and Pande et al. (2020) note, the density of rural bank branches is thin and proximity to financial institutions remains a concern. As per the FII 2018 survey, less than a third of women can access a bank branch within 1 km and just over two-thirds within 5 km. Access to ATMs is similar, but only 27% of adults have an ATM/debit/RuPay card. Banking correspondents (BCs) and Aadhaar micro-ATMs could certainly help by expanding the reach of bank branches as also decongesting them, but as of 2018, their presence seems limited (see Table 3).6 More recent data by the Reserve Bank of India (RBI) suggests that there are about 534 BCs (compared to just 54 bank branches) per million persons in rural areas, of which about 80% are currently operational (Narayan 2020). Yet, as media reports during the lockdown suggest, many are still likely to be reliant on bank branches.

Second, a range of issues with the payment and authentication systems are likely to add to exclusion. Data from the DBT (direct benefit transfer) mission suggest that payment failures for social security pensions and maternity entitlement payments have ranged between 1% and 7% (lower bounds) in the last two years (Khera and Somanchi 2020). These issues plague both Aadhaar-based and non-Aadhaar payments, though the hasty transition to the Aadhaar Payments Bridge System (APBS) may have added to the troubles (Dhorajiwala et al. 2019). Further, transacting with BCs today often involves Aadhaar-based biometric authentication via the Aadhaar-enabled Payments System (AePS), which is both a public health concern and a potential source of exclusion. Reports already suggest that the surge in AePS transactions during the lockdown is resulting in high rates of transaction failures (Palepu 2020, Raghavan and Shah 2020).

Third, there is a certain opacity associated with PMJDY that makes matters worse. The list of PMJDY account holders is neither very well targeted to the poor nor universal (neither of which it was meant to be). From what can be gathered from the limited publicly available information, inclusion into the PMJDY list seems somewhat arbitrary. Launched in August 2014, amidst a media blitzkrieg bordering hysteria, PMJDY accounts were opened with alacrity presumably to meet government targets (Sinha and Azad 2018). While the stated objective was to open accounts for the unbanked population, by late-2015, roughly a third of these accounts were issued to persons who already had another bank account (Sharma et al. 2016). Further, as noted above, about one in every five of these accounts are inoperative with no additional information available of their status. In fact, this opacity is so pervasive that even the surveys that do provide information on PMJDY, like the FII survey that Pande et al. (2020) and I use to estimate PMJDY coverage among the poor population, provides only an incomplete picture. The FII survey asks individuals whether their bank account is registered under “PMJDY or a similar scheme” – perhaps a clear reflection of the difficulty in accurately inferring the possession of a PMJDY account. Same is the case with the Dalberg survey cited above, implying that their household-level PMJDY coverage estimates are upper bounds. More importantly, since many women are unsure whether they have a PMJDY account or not, they are likely to travel long distances and queue up at banks hoping to find some money in their account, only to return empty-handed. This opacity is in sharp contrast to the list of ration cards or MNREGA workers or social security pensioners where the lists are publicly available for scrutiny, are largely well targeted and reliable (Drèze and Khera 2017), and in most cases, beneficiaries are certain about their status of inclusion.

One alternative to PMJDY would be to use the Public Distribution System (PDS) list as argued for instance by Borah et al. (2020) and Ghosh (2020). This approach would have higher overall coverage, would be reliably targeted at households instead of individuals, and exclusion and inclusion errors would be lower. Further, among all available government lists, the PDS is likely to cover the highest share of the vulnerable population, particularly those covered under the Antyodaya Anna Yojana (AAY). However, this would be a ‘double or nothing’ strategy – twin benefits (grains and cash) for PDS beneficiaries but nothing for those without a ration card. Moreover, as per official data, less than 20% of all ration cards are seeded with a bank account. Recent experiments with cash transfers into bank accounts in lieu of PDS grains provide many a reason to be cautious.

The other obvious choice would be the list of MNREGA job cards as argued by Khera (2020). While the overall coverage will be roughly similar to women PMJDY accounts in rural areas, this approach will be directed at the most vulnerable households (owing to the self-targeting nature of MNREGA), and would avoid sole reliance on the PDS. To ensure that the urban poor are not excluded, this could be complemented with cash transfers to PDS/PMJDY households in urban areas. In any case, given that MNREGA worksites were shut in April because of the lockdown and employment generated fell to a 5-year low, the government must seriously consider providing substantive relief to MNREGA workers.

During a crisis, it is essential that cash support reliably reaches beneficiaries and they can access it in a timely manner. Considering the various issues with payment and authentication systems, and challenges related to access noted above, it may be worth considering cash handouts at PDS ration shops or MNREGA worksites. Odisha and Tamil Nadu have already adopted such an approach during the lockdown.

Lastly, the current value of cash transfers of Rs. 500 per month (for three months) is grossly inadequate, especially considering rising food prices because of the lockdown (Narayanan and Saha 2020). The average monthly per-person consumption expenditure, even among the poorest 20%, exceeds this amount (Ray et al. 2020). Both from the point of view of averting a crisis and reviving demand in the economy, this amount needs to be urgently enhanced.

The author would like to thank Intermedia for sharing the FII survey data and Krishanu Chakraborty, Jean Drèze, and Reetika Khera for helpful comments.