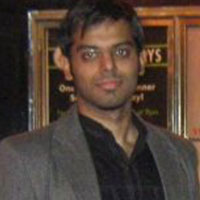 How a large-scale and unanticipated debt-relief programme impacts beneficiary households is a question that has not been clearly answered by the existing literature. This column analyses the impact of India’s Agricultural Debt Waiver and Debt Relief Scheme of 2008. It finds that beneficiary households increase precautionary savings by increasing investment in jewellery as they anticipate higher credit constraints in the post-waiver period. Consumption levels remain unaffected.

How a large-scale and unanticipated debt-relief programme impacts a beneficiary household’s savings and consumption behaviour is a question that has not been clearly answered by the existing literature. In the context of bankruptcy (not specific to households), many important studies (Paxson 1992 and Rosenzweig et al. 1993) have examined the implications of debt relief on real outcomes such as employment and earnings, accumulation of wealth, access to credit, and the sensitivity of consumption to changes in earnings.

Analysing the impact of the Indian agricultural debt waiver of 2008

We study the impact of the Indian Agricultural Debt Waiver and Debt Relief Scheme (ADWDRS) of 2008 on the savings and consumption behaviour of beneficiary households (Mishra, Tantri and Thota 2017). All delinquent agricultural loans as on a cut-off date were eligible for debt relief. The extent of relief depended on the size of the landholding of a farmer. 36.92 million farmers availed the benefit of waiver which equalled to about 30.4% (assuming a household size of five) of the households that depended on agriculture. The exchequer had to ultimately shell out US$14.4 billion for this programme, which was equivalent to approximately 1.2% of India’s GDP (gross domestic product) and 7.6% of total tax receipts at that time1, making this one of the largest debt relief programmes in history. The average amount of debt waiver awarded was Rs. 23,618 - more than four times the average monthly household expenditure at the time.

The waiver was largely unanticipated because the committee which was appointed by the central government to look into the situation of Indian farmers and recommend suitable measures did not recommend a waiver. Even the weather conditions and agricultural production just before the waiver were normal and there was no widespread agricultural distress, which could have led to an anticipation of some kind of government intervention in agricultural credit markets.

As per the debt-waiver scheme, defaulting agricultural borrowers having landholding of less than or equal to two hectares were eligible for full waiver. Other defaulting borrowers were eligible only for a partial waiver of 25% of the outstanding loan. It is noteworthy that landholding is reckoned based on the quantity of land pledged at the time of borrowing. Although the waiver was announced on 29 February 2008, the eligibility was based on loan status as on 31 December 2007. Thus, eligible loans should have been borrowed on or before 30 December 2006 - a good 14 months before the waiver announcement.

Our results show that a debt relief leads to a 24.3% increase in investment in jewellery. Interestingly, we are unable to reject the hypothesis that the ‘regular’ monthly expenditure2 is no different on both sides of the two hectare cutoff. Our results indicate that the waiver beneficiaries are likely to direct the extra cash flow ensuing from the waiver towards investment in jewellery. It is well known that poor farmers use assets to smooth consumption when faced with transitory income shocks. However, the shock that we examine is permanent and unanticipated, and hence should have led to an increase in consumption. The above contradiction can be explained by the expectation of increased credit constraints post the waiver.

Our results demonstrate the clear evidence of a discontinuity at the cutoff of 2 hectares for investment in jewellery. Farmers with lower land holdings 2 hectares) are seen to invest more than those with larger landholdings > 2 hectares).

We also show that this effect is transitory and do not find a significant jump when we use the same technique for the 68th round, which was conducted nearly four years after the waiver. It is likely that in the long-run, negative impact of credit constraints completely offsets the gains from the waiver. This justifies the need for precautionary savings immediately after the waiver. A large fraction of waiver beneficiaries may be forced to borrow from informal lending channels. Given that informal loans are more expensive when compared to bank loans, cash outflow towards loan repayment may increase in the long run and hence the need for building buffer stock ex-ante may increase.

In order to establish that our results are indeed caused by the waiver, we use two indirect but exogenous proxies:

It is reasonable to assume that a drought in the year preceding the waiver is exogenous to the economic circumstances of a district but at the same time increases the number of waiver beneficiaries significantly. It is observed that the increase in investment in jewellery is higher in regions that faced drought just before the waiver. As per usual consumption smoothing in the face of transitory shocks argument, the farmers in drought-affected areas are expected to sell assets and not buy them. The fact that we find that such farmers invest in precautionary savings strongly points out at waiver channel at work.

Second, proportion of waiver beneficiaries is likely to be higher in regions that have high bank penetration. A waiver-beneficiary needs to have bank loan to start with and should have defaulted on the same. Bank branch concentration is thus a proxy for availability of bank loans.

The above findings have a significant policy implication. We show that a large-scale unconditional waiver given to defaulting small borrowers may not lead to any material improvement in the lifestyle of targeted beneficiaries while significantly draining the exchequer. Rationally anticipating increased credit constraints beneficiary households are likely to increase precautionary savings. Increased financial constraints imposed by banks may offset any gains from the income or the wealth effect3. It is possible that over a very long period of time, the negative impact caused by financial constraints may exceed the positive impact of waiver. The waiver beneficiaries, in such a situation, may end up being worse than before.

Analysing the impact of government interventions in agriculture on consumption