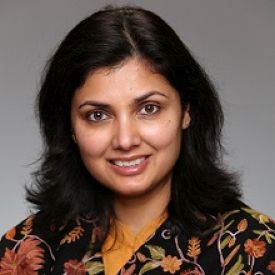 To be capable of surveilling, preventing, and managing disease outbreaks, public health systems require trustworthy, community-embedded public health workers who are empowered to undertake their tasks as professionals. The world has not invested in this cadre of health workers, despite the lessons from Ebola virus disease. In recent research (Khemani et al. 2020), analysing data collected between November 2018 and March 2019 in Bihar – one of India’s poorest states – my co-authors and I find that community health workers did not receive wages, and were managed with suspicion or distrust. Today, those unpaid and distrusted health workers are the foot soldiers at the frontlines of the battle against Covid-19. The research shows how economic theory could be used to design a new type of contract with public health workers based on job security, steady wages, and trust in professional norms. Strategic communication, tailored to local political institutions, is a necessary complement to making such contracts work. Managing the current pandemic and preventing future outbreaks requires going beyond technical health policies to the political institutions that have bedeviled policymakers. These ideas can be immediately put to use and tested in Bihar, where the survey has uncovered contextual details, and where the need for such investment has grown exponentially with Covid-19. By doing so, India can show the world how to build the public institutions that are needed to tackle 21st century challenges.

The contract with community-embedded health workers

Developing countries like India have used voluntary or quasi-voluntary contracts with community health workers for a variety of tasks, including outreach to poor households, so that preventive and promotive health behaviours are taken up (Lehman and Sanders 2007). These health workers have a monumental role in the battle against Covid-19, and media articles have called for them to be better remunerated, trained, and equipped. Since well before Covid-19, the community health workers have been agitating for regular pay and complaining that they do not receive proper recognition for essential health services that they provide.

There is no example yet in India of any leader taking a policy decision to pay regular wages and maintain a cadre of public health workers. Such a policy would entail significant fiscal resources, putting a new class of employees on the public payroll, and thus run contrary to typical public sector reforms advised by international agencies (Rickard and Caraway 2019). The conundrum is this: while Ebola and Covid-19 suggest a need to transform the contract with community-embedded health workers into one of steady wages to serve as public health professionals, the worry among policymakers is that the size of public spending on these wages may not generate sufficient returns. In addition to the usual arguments against swelling the public sector, policymakers in India further worry that the ‘system’ is such that once workers are put on a ‘permanent’ payroll, they will not exert effort to deliver. Reform-minded governors of the state of Ceara, Brazil, faced a similar conundrum in the 1980s, and resolved it by tackling the system of local patronage politics head-on (Tendler and Freedheim 1994).

In our research, we show how the situation in Bihar is calling for a new contract with health workers, and how forces of village-level panchayat politics could make these contracts and the system work for, rather than against, development. The Ceara example of using communication campaigns that take the role of local political leaders into account, can be applied in Bihar, and India more generally, to strengthen professional norms and trust in public institutions to address public good problems during the pandemic and beyond. These ideas have been sitting on the shelf because the fear of talking about politics has prevented external partners from bringing political economy lessons to policy dialogue with reform leaders. When we shared the research with leaders in Bihar, one of them remarked that he had never thought about the role that a locally elected mukhiya (village head) could play in improving health services.

Problem with the ‘system’

In November-December 2018, we surveyed citizens, public health workers, and panchayat political leaders across 254 gram panchayats in Bihar. In a second phase, during February-March 2019, we surveyed senior cadres of public health workers and their supervisors at the block and district levels within which the 254 gram panchayats are located. This sampling design allows us to build a picture of the management environment in which public health workers perform the tasks assigned to them. The majority of our survey respondents, across health cadres, from doctors with supervisory authority at the top of the cadres, down to the community health workers at the bottom, agree with the statement: “Irrespective of my efforts, the system will not allow health outcomes to improve.” (Figure 1).

Figure 1. Share of respondents (in %) across health cadres who agree with: “Irrespective of my efforts, the system will not allow health outcomes to improve.” 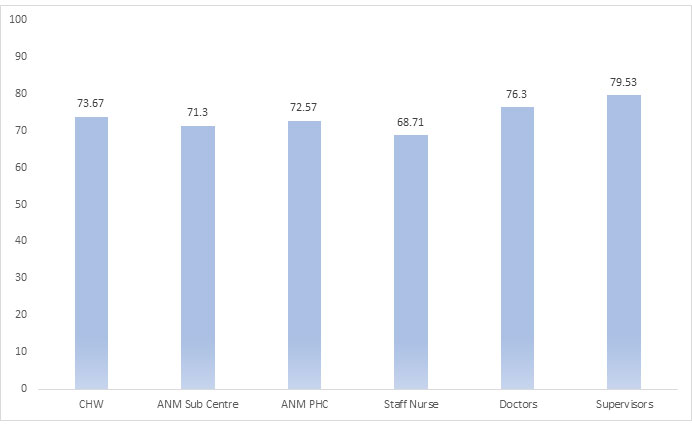 Because managers suspect, or have evidence, that their subordinates are not performing well, they use management meetings to upbraid and discipline. Almost 80% of community health workers, and 86% of sub-centre ANMs (auxiliary nurse midwives) in our sample, report that they are “scolded” in management meetings (Figure 2). The distrust within the health bureaucracy is further revealed by a majority of our survey respondents, including doctors with supervisory authority at the top of the cadres, agreeing with the following statement: “In my work, I have to take permission for every little thing”.

The lowest cadre of health workers on the public payroll – the ANMs who are supposed to manage the village-level health sub-centres – are widely absent and not identified by households as a significant source of health services. Innovative modules in our survey aimed at measuring motivation for public service, integrity, and attachment to the profession. The data collected through these modules reveal that village sub-centre ANMs have significantly lower levels of motivation for public service and integrity compared to all other village-level respondents and all other cadres of health workers. Households report relying on the quasi-volunteer community health workers – who do not receive in a timely way the little remuneration to which they are entitled – rather than on the permanent ANMs posted to their villages. Policymakers may view this evidence as confirming to their priors that, once contract workers are made permanent, such as the ANMs, they adopt a mindset of low effort and poor performance that plagues the public sector.

Research has so far played into these fears, focusing on documenting evidence of weak incentives and low accountability for service delivery in the public sector, and thence on evaluating interventions targeted at high-powered incentives, such as making some part of pay conditional on performance indicators (Singh and Masters 2017). Even when increasing the power of incentives has been shown to ‘work’, the authors of those findings concede that implementing optimal incentive contracts at scale can place significant demands on State capacity (Muralidharan and Sundararaman 2011). We argue that it is time to try a completely different approach using ideas from a neglected body of economic theory (Dixit 2002) on the role of intrinsic motivation and professional norms, rather than high-powered incentives. But doing so will require foraying into the role of politics as the arena in which norms in the public sector are shaped (Khemani 2019).

The policy-relevant question is how to build trustworthy public institutions when these are missing to start with. The answer is that the focal point created by the pandemic provides an opportunity to build such trust, now and going forward. In a recent note, I use game theory to argue that the pandemic has endowed governments in developing countries with a legitimacy windfall in the area of public health (Khemani 2020). The value of public health workers has grown in the eyes of citizens. This is an opportunity to build trust by using strategic communication, aimed at local political institutions, to shift beliefs or norms about how people behave with public health workers in the public sector.

When it comes to norms in the public sector, local political institutions provide focal points to change those norms, as politics is the space in which leaders and citizens communicate with each other about the public policies they would like to pursue as a society. When political participation revolves around rent-seeking, with leaders offering patronage jobs or other targeted benefits to purchase political support, public employees would naturally have weak incentives and lack professional norms, along the lines uncovered by research in developing countries so far. To ensure that public health workers will earn the trust bestowed on them through a new contract that would rely on professional norms, it is imperative that health workers believe they will suffer social condemnation from their peers should they fail to perform. It is also imperative that they believe that rent-seeking political leaders cannot corrupt their peers, and that political leaders have incentives to support their cadre as a whole to deliver health services. If local political leaders, who wield informal power over public institutions, continue to protect some workers as their patrons, and hinder others who they view as a threat, there is no rationale for beliefs to shift towards professional norms.

Our research concludes by recommending a radical change in the contract with public health workers, but which needs to be complemented with strategic communication campaigns to make the contracts work. The context-specific details on the types of media different agents use, and the structure of management meetings with health workers, can be used to design the communication campaigns. Such communication is not a ‘soft’ option. Informal institutions, such as legitimacy and trust, which are beliefs people hold about how others are behaving, are being rediscovered in economic theory as fundamental to economic development, going beyond any one area of service delivery. We in the Development Research Group of the World Bank are ready to work with policymakers in India to develop, test, and evaluate how institutions can be strengthened, starting with public health and using the contextual details we have uncovered in Bihar.

The descriptive research we are using to propose these policy ideas is far from randomised controlled trials, which are the gold standards being used to set the tone of policy dialogue, and even far from establishing correlations. Collaboration with policymakers who are willing to experiment with policy is hard enough and compounded in this case by the complexity and potential sensitivity of targeting bureaucratic management culture and political contestation. Our research takes political economic theory seriously, using rich surveys and innovative modules to measure the variables that theory suggests are important (such as intrinsic motivation and peer norms, and forces of local political contestation). The survey provides evidence of the mismatch between actual policy practice and the insights from economic theory, and offers ideas to policymakers in India to adopt a different approach to strengthening health systems, using the current crisis as an opportunity. By doing so, India could fill a void in leading the world on this front.