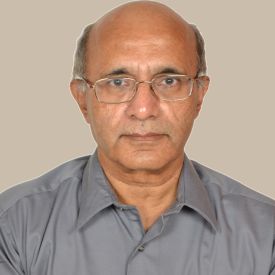 The Covid-19 and the related lockdown have focused the nation's attention on two groups of people who number in millions but have still somehow not received adequate attention: the migrant informal workers and the frontline workers of the administration. In this note, drawing from his experience, IAS Officer (Retd.) and CEO of Maharashtra Bamboo Promotion Foundation, Vishwanath Giriraj, talks about the great but overlooked human resource of frontline workers, and recounts the practical problems that they face in carrying out government orders.

The Covid-19 and the related lockdown have brought the nation’s focus on two groups of people that number in millions, but have still somehow not received adequate attention so far, to the extent that they should have. The first are the migrant informal workers, spread all over India, but particularly in our bustling metropolitan cities. In fact, if we study in depth, we find that they are the ones quietly oiling the economic engine, even though they are grossly underpaid for the work they do.

The second category is that of the frontline workers of the administration – the salaried employees of the state governments and the municipal administration and gram panchayats (village councils). Increasingly, these workers are also hired on contractual route or ‘outsourced’ through manpower agencies.

Naturally, the health workers – both hospital-based clinical workers and the health extension workers – are now the cynosure of attention and the heroines of the day (most of them are women), and deserve a big clap.

We can divide frontline workers into two categories. The first category is that of the regulatory ones – like police constables, revenue persons (patwari), the various types of regulatory and compliance inspectors for labour laws, shops and establishments, weights and measures, motor vehicle inspectors, municipal house inspectors, and so on. (We will keep the police constables apart for this discussion as they are a special type altogether!) People, in their own self-interest, are very polite and obedient before frontline regulatory workers, because of the latter’s capacity for harassing them, but behind their backs they think of them as inefficient, boorish, and insult them. To their credit, in the last two decades, all state governments have been trying to reduce the discretionary power of these regulatory frontline workers by effectively using technology such as computerisation of records, online applications, time-bound delivery of certificates and approvals, outsourcing of various services, direct benefit transfers, and even enacting the ‘Right to Services Act’. The ‘Right to Information (RTI) Act’ has also helped. To attract investments, state governments have to show how business friendly they are, and thus try to remove hurdles at the cutting edge, but such is the power of bureaucracy to entangle, that while one obstacle is removed by a department, another department quietly adds another hurdle in routine fashion.

The other category of frontline workers is that of the development workers, who do not have might of the law behind them like their regulatory counterparts. These are the health extension and ASHA (Accredited Social Health Activists) workers, sanitary inspectors, solid and liquid waste cleaning staff of local bodies, anganwadi workers, agriculture assistants, gram sewaks, and others.

Both these categories become ‘special’ and centres of attention in times of natural calamity, such as floods or cyclones, when they are on their toes to prevent damage by moving people to safe places or by post-calamity relief. The health workers are stretched, for example, when there is a sudden local malaria epidemic, or malnutrition deaths reported in big media. The agricultural assistant takes full load when there is an unusual pest attack on a crop in his region. All of them are fighting fire during such situations. At these times, the bigger challenge facing the frontline workers is not the problem itself, but the hordes of VIP visitors and top officers from different departments who visit the hotspots over and over again, without adding value and adding to the confusion,  not giving them time and space to improve things in the short span. There is also increasing media pressure, which wants bytes every hour.

There are also special time-bound events, such as the Census and elections, when all these frontline workers are mobilised. During those weeks, their regular work goes for a toss.

To their credit, all these frontline workers generally rise up to the occasion when they have to perform within a time-frame, and are continuously watched by their political and administrative masters and the media. There are some stories of quiet heroism, anecdotal, and worth telling. In times of general elections until the 1980’s, when road connectivity was poor, frontline workers crossed crocodile-infested rivers and streams with ballot boxes on their heads to reach the election booths on time. In May 1991, due to the assassination of Rajiv Gandhi, the next day’s poll was postponed, but in a remote village in Manipur, the polling party, which had reached village earlier, had not received a message, had sincerely completed the polling and had come back two days later and learned what had happened. During the Andhra cyclone of 1977, and the Bhuj earthquake of 2001, many workers themselves suffered death or damage in their households, but came for work putting behind their personal sorrows. They had to do their duty, as they alone knew about their the local mohalla and the people, and had the office records. After the Bhopal gas tragedy (1984), stench continued even after mass cremation of dead humans. It was realised that there were a huge number of cattle, goats, hens, and lizards who died as well. A frontline group, bearing the unbearable stench, used a bulldozer to bury the animals.

The frontline workers are continuously pulled – sometimes in contradictory directions – by two masters: the political master (the local MLA (member of legislative assembly), Sarpanch (village head), or the municipal councillor) and their own administrative bosses. The smart ones among the frontline workers intuitively know the old saying that a slave who has two masters is free! As a Rural Development Secretary in a major state, I always found the Sarpanch blaming the Gram Sewak for non-cooperation, and the Gram Sewak doing the reverse. I still have to figure it out who is correct, but I know for sure that if they are given only one cup of tea, they will definitely share it.

Even corruption at their level happens largely due to extraneous causes. For one, they have to spend substantially on work-related travel, such as frequent visits to their head offices – for which their claims are kept pending, as budgetary grants for other than salaries are always inadequate. It is very sad to see sincere, lady health extension workers not being reimbursed for months their actual bus travel expenses. No wonder, they find devious ways to make up for this shortfall.

Doctors classify health issues as acute and chronic. In acute cases (such as continuous fever, bleeding, etc.) the patient has to be treated quickly or else he will die. Chronic illness are ones that are lifelong, which have to be endured. The patient takes medicines, but also learns to live with it. Using this analogy, our frontline workers, somehow rise up to handle acute (read crisis) situations pretty well, but  then things go back to ‘business as usual’, and we learn to live with them. Why they don’t show the same care and sensitivity all year round, is a mystery wrapped in an enigma. Perhaps, an insight into this will help to understand the Indian psyche as well?

In public administration literature, there are plenty of books and scholarly studies about the higher bureaucracy – particularly the IAS (Indian Administrative Service) and IPS (Indian Police Service). Additionally, you have memoirs and insider stories. But surprisingly, there is hardly any study done on the millions of our frontline workers, or any 360-degree human resource analysis. One must concede that there is a distinct cultural bias, as the frontline workers’ eventual delivery on the field is as important as good policymaking. In fact, proof of the pudding is in the eating.

We tend to wake up only after the problem has occurred. In the 1950s, there was a jaundice epidemic in Delhi, in which household members of a Minister’s family also became ill. It was discovered that sewage water and drinking water got mixed somewhere. The wise realised that the quality of water was important. The National Environment Engineering Institute (NEERI), which focuses on water quality, was created in its previous avatar then.

One hopes that post Covid-19, policy experts who speak on ‘strengthening State capacity’ and the public administration training centres will give our State frontline workers the attention they deserve. They are a great human resource that can be upgraded quickly and quietly at a low cost.

Thank you Sir for this article with great insight. I have learnt a lot from you and still learning. This article is an extremely good perspective on frontline workers....

An interesting read, which gives an insight in to the working of administration at grass root level, various facets associated with it . The article succinctly highlights the important role played by the lowest level of governance structure and need for nurturing it well. Therefore, in no uncertain terms, the title highlights the overlooked human resources, which has tremendous potential though not harnessed properly.

Very insightful perspective on a critical but highly overlooked role player...we often tend to forget or not realise how important their contribution is.. looking forward to more such interesting perspectives!