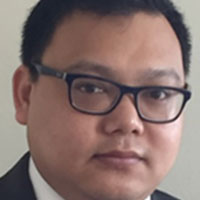 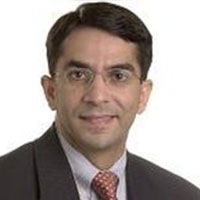 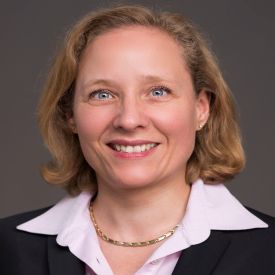 Growth in emerging markets has been slowing, from 7.6% in 2010 to 3.7% in 2015, and is now below its long-run average (Didier et al. 2015). The slowdown is broad based, reaching across regions and affecting an unusually large number of countries. Unprecedented since the 1980s, the majority of the BRICS (Brazil, Russia, India, China, and South Africa) slowed simultaneously, with India being a notable exception, last year. Given their size and integration with the global economy, a synchronous slowdown in the BRICS could have significant adverse spillovers to the rest of the world through various channels. Growth spillovers from the slowdown in China have received much attention (Armstrong et al. 2015), but there has been little work on the broader impact of large emerging markets on global growth. This column briefly analyses the spillover implications from the BRICS slowdown by addressing the following questions (for details, seeWorld Bank, 2016):

What are the key channels of growth spillovers from the major emerging markets?

How large are the spillovers from lower growth in major emerging markets?

Figure 1. Spillovers from the BRICS

Source: World Bank staff estimates.
Notes: A. Cumulated impulse responses for different horizons due to a 1 percentage point decline in BRICS growth on impact. Global is GDP-weighted average of BRICS, emerging and frontier markets, and G7 responses. Bars represent medians, and error bars 16-84% confidence bands. B. Cumulated impulse responses at the end of two years. Shocks are scaled such that China’s growth declines by 1 percentage point on impact. Shock sizes for the rest of BRICS countries are calibrated such that their growth declines by exactly the same amount as China at the end of two years.

Commodity markets are a key transmission channel of spillovers from China to emerging markets as it is a major source of demand for key commodities. Thus, growth in commodity exporters could slow by somewhat more than growth in importers in response to a growth slowdown in China (Figure 2a).

Source: World Bank staff estimates.
Notes: A. Cumulated impulse responses of GDP growth, at the two year horizon, due to a 1 percentage point decline in China’s growth. For each group, the figures refer to the cross-sectional average response across all the countries in that group. Commodity exporters include Chile, Malaysia, Paraguay, and Peru. Commodity importers include Bulgaria, Croatia, Hong Kong SAR, China, Hungary, Jordan, Mexico, Poland, Republic of Korea, Romania, Singapore, Thailand, and Turkey. Solid bars denote the median and the error bars denote the 16-84% confidence bands. B. Cumulated impulse responses of emerging markets, frontier markets, and global growth at the two-year horizon. The shock size is such that China’s growth declines by 1 percentage point on impact. The shock size for BRICS is calibrated such that its growth declines by exactly the same amount as that of China at the end of two years.

What would be the global implications if the slowdown coincides with financial stress?

A synchronous BRICS slowdown could have much more pronounced spillover effects if it is accompanied by such financial market stress. If BRICS growth slowed further — by as much as the average growth disappointment over 2010-14 — and if financial conditions tightened moderately — such as during the financial market turmoil of the summer of 2015 — emerging-markets and global growth could be cut by about one-third in 2016 (Figure 3).

Figure 3. Implications of a growth slowdown in the BRICS combined with financial stress

Source: World Bank staff estimates.
Note: EMBI = Emerging Markets Bond Index. Conditional forecasts of emerging markets excluding BRICS, frontier markets, G7, and global growth, with conditions imposed on future BRICS growth and EMBI. The conditions are: (i) BRICS growth downgrades as 2010-14: BRICS continue to grow during the forecast horizon at its current 2015 level minus the average forecast downgrades it saw during 2010-14. The forecast downgrades are based on the World Bank forecasts. (ii) BRICS growth downgrades and financial stress: The first scenario is combined with EMBI rising by 100 basis points during the forecast horizon. Global growth is the GDP-weighted average of BRICS, emerging markets excluding BRICS, frontier markets, and G7 growth. The baseline forecasts are GDP-weighted average of growth forecasts presented in World Bank (2016) for the sample of countries used in the econometric exercise.

The current growth slowdown in major emerging markets follows a decade during which their record-high growth transformed the global economic landscape by generating sizeable positive spillovers. During this time, they have become more integrated into global trade and financial systems.

As such, the synchronous slowdown in major emerging markets has been a source of painful spillovers to the global economy. Those spillovers would be more pronounced if the slowdown is accompanied by financial market stress.

Policymakers may need to support activity with fiscal and monetary stimulus, at least where policy buffers are sufficient. They could derive substantial gains from well-designed, credible structural reforms that retain investor confidence and capital flows in the short run, and that lift growth prospects for the long run.

A version of this column first appeared on VoxEU.org.

The findings, interpretations, and conclusions expressed in this article are entirely those of the authors. They do not necessarily represent the views of the World Bank, its Executive Directors, or the countries they represent.