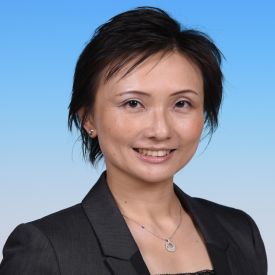 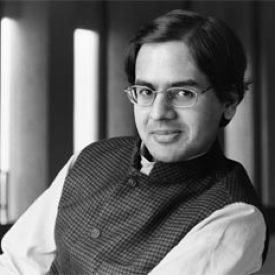 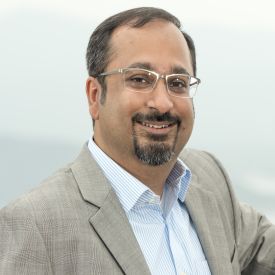 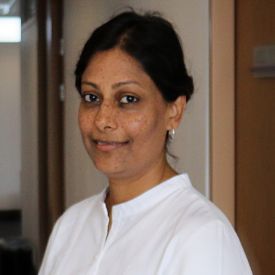 A growing literature examines whether incentives can increase effort and improve school performance of underprivileged students. This article discusses an experiment conducted in non-formal schools in the slums of Ahmedabad, Gujarat to assess the effect of a short-term reward scheme for attending a target number of school days. It finds increased attendance but reduced performance and intrinsic motivation amongst those who need the greatest boost in effort and performance.

Should schools ‘bribe’ students to exert effort? Economists tend to believe that incentives improve outcomes, but educationists and psychologists usually urge caution. Our research with the education NGO Gyan Shala allows us to shed some light on this question (Visaria et al. 2016, Chao et al. 2017).

Underprivileged Indian children have notoriously poor educational outcomes. We know from a large literature that this is due to a lack of adequate school facilities, teacher absenteeism, and poor teacher incentives. Indeed, Gyan Shala’s non-formal education centres in the slums of Ahmedabad were set up to give children an alternative to low-quality municipal schools. Gyan Shala's mission is to provide slum children a high-quality education at low cost. Each classroom has basic school supplies. Teachers have lower qualifications than in municipal schools but receive intensive training and are monitored regularly. Teacher absenteeism is rare, and we found that most teachers were motivated to help students learn. In an independent evaluation conducted in 2010 by the testing authority Educational Initiatives, Gyan Shala students vastly outperformed their peers in municipal schools on language, mathematics, and science.

Against this backdrop, Gyan Shala's administrators believed that a significant fraction of their students nonetheless underperformed relative to their potential. They argued this was because they did not exert enough effort, as evidenced most clearly by their low school attendance. Quite often this absence could be explained by truancy: skipping school because they wanted to play instead, because it was the festive season, or because their siblings in other schools had the day off. Inspired by previous research where offering inner-city US students monetary rewards for doing school tasks had mixed effects (Fryer 2011), we decided to examine the effects of rewarding Gyan Shala students for attending school regularly.

The reward we offered was simple. Students who attended school for at least a target number of days during a pre-specified period were offered a reward of small monetary value, carefully selected to be appealing to the students. Our goal was to strike a balance: to make the reward attractive but to avoid over-rewarding them (Amabile et al. 1986, Eisenberger and Rhoades 2001, Festinger and Carlsmith 1959).

We examined the effect of this scheme on attendance both while the scheme was ongoing, and after it had ended. It seemed reasonable to expect that during the scheme, students would increase effort so as to increase their chance of earning the reward. However, what would happen when the reward was discontinued? On the one hand, students might have become habituated to the higher effort level, or might have discovered the motivation to attend school (or at least that school was more enjoyable – less unpleasant! – than they had thought). In that case, they might have exerted sustained effort even after the incentive was removed (Charness and Gneezy 2009). On the other hand, if the connection of school attendance to a reward made school less enjoyable, this could have lowered children’s intrinsic motivation to study and learn (Deci and Ryan 1985, Gneezy et al. 2011).

Prior to our work, the education research in economics had generally not found that incentives lower intrinsic motivation (Bettinger 2012). This may be because most researchers use a blunt test that is unlikely to detect the effect. Suppose an extrinsic reward lowers intrinsic motivation. Suppose further that students with motivation below a certain threshold cut back on effort: they stop attending school, or paying attention in class, or doing homework. If a student has high baseline intrinsic motivation, then even after the reward reduces the motivation, they may still be motivated enough to exert effort. It is the less motivated student who is likely to fall below the threshold level, and so exert less effort and perform worse after the reward ends. We may not detect the decline in motivation when outcomes are measured as the average of these two subgroups.

Our data relate to 799 students from 68 grade-three classes, spread evenly across all five zones in Ahmedabad where Gyan Shala operated. Investigators made six unannounced visits to the classrooms through the school year. Halfway through the school year – at which point three visits had been conducted – the class supervisors introduced an incentive scheme in randomly selected classes (‘treatment group’). They explained to the students that skipping school hindered their ability to keep up with the material and learn subsequent material. They put up on the classroom wall a chart with each student's name and each school date from mid-December to end-January (39 school days), and instructed the class teacher to mark each child’s attendance on this chart each day. Anyone who attended 33 or more school days during this period would receive a reward. This constituted a target 85% attendance rate, well above the pre-intervention average of about 75% attendance. The students were then shown samples of the reward: two pencils and a brightly colored eraser shaped like an animal. In the classes that were assigned to the ‘control group’, the supervisors gave each teacher a similar chart to fill in every day. The chart was not made public, and the supervisor did not make any announcements to the students. We also took great care to ensure that control group classes were geographically distant, so that these students would not learn about the reward scheme being offered in the treatment classes.

Our fourth unannounced visits to the classrooms occurred during the reward period. The fifth and sixth visits took place one month and two months after the reward period ended. Accordingly, we econometrically examine how school attendance responded to the incentive scheme during, one month after and two months after the reward period. We control for each student’s time-invariant characteristics, which helps ensure that the results are not confounded by student-specific factors such as generic interest in schooling, living arrangements, parental occupation and so on, that might influence attendance.

We find, as expected, that while the reward scheme was in place, it increased student attendance by roughly 10%, or an additional four days. However this increase in attendance did not persist after the incentive was removed: in the visits after the reward scheme had ended, attendance was similar for the treatment and control students. At face value, this suggests merely that the scheme did not change students' school attendance habits, or did not make school any more attractive to them than it had been before. However, we were interested in whether the scheme affects more and less motivated students differently. As a proxy for baseline motivation, we used students’ baseline attendance, as measured at the first visit. We found that among baseline attenders, the incentive increased school attendance by a statistically significant 6.7 percentage points while it was in effect, and had no effect after it was removed. This is consistent with either no reduction in their intrinsic motivation, or a very small reduction that did not change their attendance. Among baseline non-attenders, the incentive effect was an imprecisely estimated but larger, 9.3 percentage points when the reward was in effect – although still not large enough to earn the reward. Strikingly however, two months after the reward period had ended these students were 13.9 percentage points less likely to attend school than similar baseline non-attenders in control classes. Thus, in contrast to the previous literature, we found a negative long-term effect of the incentive, but only among students who had low baseline attendance. The incentive lowered their attendance rate in the post-incentive period below what it would have been if no incentive had been offered.

These results were mirrored by effects on test scores. The average student who faced the reward scheme did no differently on an independently administered year-end test than the average control student. However, among baseline non-attenders, those who faced the reward scored a statistically significant 0.59 standard deviations1 lower on the test than those in the control classes. This is largely because they scored lower on mathematics questions of intermediate or high complexity, and on science questions of intermediate complexity. We also saw a concurrent decline in the proportion of students who self-reported that they liked mathematics, and less confidence and optimism that someone could learn skills through practice.

Our study was part of a larger project that aimed to uncover ways to enhance students’ motivation to learn. The reward we offered to students had small monetary value, and yet it lowered optimism and liking for school subjects. Our research does not allow us to pin down the exact pathways by which the effects came about. It is possible that the reward scheme in and of itself lowered intrinsic motivation by discouraging students who felt unable to meet expectations to begin with. Indeed, baseline non-attenders who failed to earn the reward lowered their attendance after the scheme ended, whereas those who earned the reward did not. More recent work speculates that extrinsic rewards may cause only short-term declines in intrinsic motivation (List et al. 2018). Unfortunately we were unable to follow our students beyond the end of the academic year, and so we cannot know if intrinsic motivation would have rebounded over the longer term.

However our research suggests that at least in the medium term, conditioning rewards on an absolute target will likely have this effect: often it is the students who need the greatest boost in effort and performance who fail to earn the reward. Relative targets that vary according to students’ baseline effort levels might avoid this. However they are harder to administer since they need to vary within a classroom, and may lead to confusion or concerns about perceived unfairness. Our study tests an incentive scheme that might be implemented in a resource-constrained, developing-country setting. It cautions educators and policymakers that the scheme could end up hurting the students whose effort and motivation need the greatest boost, without generating significant benefits for those who are already performing at a high level.