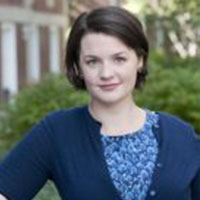 Good monsoons in India raise agricultural productivity and hence, bring added work and higher wages. Is this extra work at the expense of schooling for poor children? This column finds that increased household income benefits younger children as more can be invested in their human capital; however, older children may substitute away from schooling into domestic work, farm work, or wage labour, in response to higher wages.

Higher incomes are generally associated with more human capital investment in children (Jensen 2000, Jacoby and Skoufias 1997), and we tend to think of high productivity and high wages as being good for development outcomes. In rural India, there is no greater predictor of agricultural productivity than the monsoon - good rains bring jobs, food, and a bumper harvest. Failure of the rains can mean disaster for both landowners and labourers. However, a good monsoon means not just extra income but extra work: there is planting, weeding, and harvesting to be done on family plots, and wages are higher in spot markets for day labour. It is not uncommon for even young children to engage in some form of productive work, from teenagers working on large farms, to young girls cooking dinner and watching their siblings while their mothers take advantage of temporarily high wages. We wondered - is this extra work in good-monsoon years taking place at the expense of schooling for poor children?

In recent research, we investigate the impact of rainfall shocks on educational outcomes for children aged in utero to 16 (Shah and Steinberg 2017). We introduce a simple, three-period model in which families invest in human capital for their children. In the first period, the child is too young for school and work, so all investment – nutrition, health inputs, etc. - comes from household income (of parents, older siblings etc.). In the second period, the child has productive time that can be spent either working or in school. If s/he works, s/he earns a wage, while time in school increases human capital. In the third period, the child gains the benefits of human capital investment, either through increased income, better health, a better marriage match, or any other type of return. In this simple model, high wages early in life will increase household income, implying more inputs for the child, which will increase the child’s human capital. This is the income effect; but in addition, higher wages might cause some children to substitute school with participation in the labour force or domestic work. Which of these forces - the income or the substitution effect - will dominate in a given setting is an empirical question.

To get an answer for rural India, we obtained data on simple literacy and numeracy test scores for over 2 million children tested between 2005 and 2009 for the Annual Status of Education Report (ASER), by NGO Pratham. This dataset is uniquely suited to our task for a few reasons. First, ASER tests a representative sample of children aged 5-16 from every rural district in India annually, which gives us outcomes for many children all over the country for multiple years. Second, the tests are conducted at home on Sunday, which is unusual for test score data. This means we do not have to worry about whether enrolment or attendance is affecting the status of taking a test. We have test scores on children who have never enrolled, who are currently enrolled, and who have dropped out of school.

We match the ASER data to rainfall measures from weather stations all over India. We use rainfall as a proxy for agricultural productivity, which allows us to separate the effects of productivity from other differences across places. For each district and year, we determine whether the rainfall is low (below 20th percentile), normal (20th-80th percentile), or high (above 80th percentile) for that district, based on long-term rainfall averages. Because we have observations of rainfall and test scores for each district over many years, we can measure within-district differences between good-, bad-, and normal-rainfall years. This allows us to avoid comparing drought-prone Rajasthan to the rainy Northeast. By accounting for both district-specific effects (some places just have higher test scores than others), and year-specific effects (test scores might be getting better or worse over time), we can be sure of isolating the effect of rainfall, and its underlying effects on productivity, on human capital investment.

We find that kids who experienced droughts early in life score lower on tests and are less likely to be enrolled in school. This is consistent with previous literature (Maccini and Yang 2009, Almond and Currie 2011). What we found next surprised us. For older children, when rainfall (and therefore, the prevailing wage) is higher, test scores, attendance, and enrolment decrease. A positive rainfall shock increases wages by 2% and decreases math test scores by 2–7% of a standard deviation1, decreases school attendance by 2 percentage points, and decreases the probability that a child is enrolled in school by 1 percentage point. This implies that a positive rainfall shock increases the urban-rural enrolment gap by 15% for 5-16 year olds.

The model suggests that kids might be scoring lower on tests because they are working more during good-rainfall years. Unfortunately the ASER data do not let us test this hypothesis directly. We observe that kids are less likely to be in school, but we cannot observe what else they might be doing with their time. To look into this, we turn to another large household survey in India, the National Sample Survey (NSS). NSS asks about each household member’s (including children) “primary activity”. Matching this survey to the rainfall data helps confirm our hypothesis - we observe that children are less likely to report school as their primary activity when rains are good, and more likely to do so during droughts. They are more likely to report wage labour, work at home (on farms or in other businesses), and domestic work as their primary activity when rainfall is abundant. It appears households are responding to higher wages by either having children work in agriculture themselves, or fill in for adults at home while they work. The increased opportunity cost of schooling affects the families’ decision to invest in education.

Taken together, the results for early life and older children make sense. The extra income and food supply generated during a good harvest is especially important during the in-utero period and for infants and young children whose brains are still developing. Babies and toddlers are also too young to be of help on the farm or at home, so the substitution effect is not relevant for them. Hence, the income effect dominates. As a child gets older, the relative benefits of nutrition for cognitive ability decrease, while schooling and other time-intensive activities like studying become important in overall test scores. Moreover, they can now be productive in agriculture and at home. Hence, wages increase and labour is in high demand, schooling may take a backseat to farm and/or domestic work for poor families.

So what can we do with this information? Policymakers cannot control the monsoon. Besides, it is not clear that the potential educational benefits of decreased wages would outweigh the costs. They can, however, choose how to redistribute income to the poor. It has been shown that some programmes such as MNREGA2 (Mahatma Gandhi National Rural Employment Guarantee Act) in India, increase wages for the poor. This has the desired effect of increasing household income, but it may also change the opportunity cost of time-intensive investments like schooling. In a new paper, we show that adolescents aged 13-16 are more likely to drop out of school and score lower on tests when MNREGA arrives in their district (Shah and Steinberg 2015). These adolescents are not necessarily working under MNREGA; it is more likely that they are substituting for adults at home or in farm work, as they are now more likely to be working under MNREGA. The programme does have positive impacts on human capital outcomes of children exposed to the programme at very young ages. The mechanisms at play are very similar to those described in our analysis here. Younger children benefit from the increased income in the household but older children substitute away from school and into domestic work, farm work, or even wage labour due to the increased wages. Governments might be better off trying to increase income through simple cash grants or conditional cash transfers if the goal is to keep poor adolescents in school.