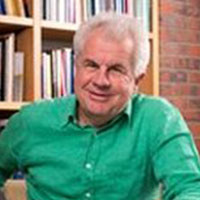 In this article, Lant Pritchett, Professor of the Practice of International Development at Harvard Kennedy School, contends that children of 2015 in India are not getting the education they need to be ready to lead the polity, society and economy of the country in 2050. To fix the problem, we should start by ensuring that every child is taught to read fluently by grade 3.

A famous cricket player, Yogi Berra (well, American version of cricket) once said: “It is difficult to make predictions, especially about the future.” One can make a very long list of momentous events that four years prior — or even one year prior — were not widely anticipated: the global financial crisis of 2008, the Arab Spring, the collapse of the Soviet system. I was just in Berlin where the head of East Germany predicted the Berlin Wall would still be standing in 100 years—in the same year it fell.

Progress can also be unanticipated and good things can happen. I moved to Delhi in 2004 and one of my many returns was last month. I marveled that in 2004 neither the expressways nor the Delhi metro nor the world-class airport existed — and many would have been skeptical that they could.

One thing that can be predicted with absolute certainty far, far into the future is the education of a country’s population. The year 2050 is 35 years away; one would think nothing could be predicted at that horizon but I know what the education of the 50 year olds in the labour force will be. Why? Because India’s citizens of the far future are getting their education today. We know exactly the foundational education of the labour force of the distant future because we can assess 15 year olds today.

A second thing we know about the future is that it will be different. Look at the tremendous changes in the 35 years from 1980 to 2015. At the start of 1980, Charan Singh was Prime Minister. More than three quarters of the population was rural and over half was poor. There were 300 million less people. There were no personal computers, no cell phones (and very few landlines), no internet — much less Google, Wikipedia, Facebook, Twitter. Economic growth was chugging along at the slow “Hindu rate of growth”. It is obvious in every way that the India of 2015 is night and day from India of 1980. We know that India of 2050 will be night and day different from the India of today.

ASER (Annual Status of Education Report) has annually done an assessment of the state of learning in rural India for the last 20 years. The good news is that enrolments have gone up. The good news is the physical condition of schools is getting better. The bad news however, is very bad, both on the level of learning — low, and on the pace of progress — negative.

In 2014 in rural India less than half of children in grade 5 could read a very simple passage (intended for grade 2 students). And even of children who were enrolled in grade 7, one in four could not read a simple grade 2 text of less than 50 words.

That literacy levels are dismally low is no longer a debate. The official NCERT (National Council of Educational Research and Training) study of grade 8 VIII students in government (and aided) schools found, if anything, more disappointing results than ASER.

Reading ability was assessed on three different dimensions based on students’ ability to “locate information”, “grasp ideas”, and “infer and evaluate” from a text. One “locate information” question showed an ad with the big headline ‘Yellow Peas Dal’ and then asked: “This advertisement was about the importance of?” Only 46% answered “Yellow Peas Dal”. On the 13 questions intended to assess students’ ability to just locate information — a skill much easier than reading a grade 2 passage - the average correct was only 54%. 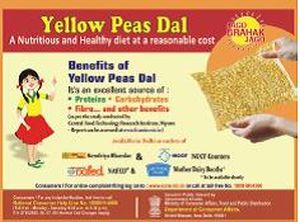 To be prepared for the 21st century students need functional literacy, the ability to read, grasp the ideas and information, and then infer and evaluate what they have read. The average correct answers on the test items to assess “grasp ideas” was only 43%. And only 39% could read a passage and “infer and evaluate.” (This is even more shocking since random guessing from four items would produce an average correct score of 25%).

Worse, reading levels are low — and appear in the ASER data to be getting worse (the only source tracking results comparably over time). If you ask: “how long until we fix this?” The answer at the current pace of progress is: “Forever.”

The future of India is being decided today in classrooms across the country. Children leaving schools today will be Indian citizens, parents, workers for the next 50 years.

Ensuring every child can read fluently by grade 3

What is most tragic is that this problem can be fixed. Experiments and experiences in India (with Pratham and others) around the world show that (nearly) every child can be taught to read, and read fluently, by grade 3. While the research on education is full of disappointments, it is shown that programmes that concentrate on teaching at the right level with a clear purpose and objective can have immediate and massive impact on reading levels.

India’s education system has many challenges at all levels. But all of them will fail if children don’t emerge from their early years of school reading fluently. India doesn’t need to fix all its problems to fix this one problem. It can do it right, right now.

Every child reading by grade 3 is a goal that India needs to set and meet right now. It will take effort and commitment but it can be done. If not, I can accurately predict the future for tens of millions of today’s children: they will not be reading and that is just not right.

It is very discerning that what India is today, foundation for it was laid 50 years ago. The leadership is divorced from reality . The saddest part is this may continue for the current decade. India has to grow despite its leadership.