The effect of place-based development policies: Evidence from Indian SEZs 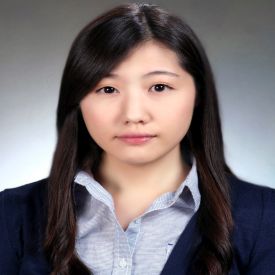 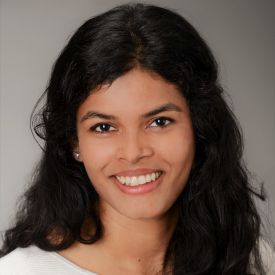 Since the introduction of the Special Economic Zones (SEZ), Act in 2005, India has invested roughly 0.5% of its GDP annually into this programme. Using nighttime lights data and firm- and worker-level survey data, this article analyses the influence of SEZs on the local economy, focusing on the level and formalisation of economic activity, and the inclusiveness of such a policy.

In 2005, India introduced the Special Economic Zones (SEZ) Act as one of the biggest pushes to industrial development in its history. SEZs are concentrated areas of industrial export-oriented activity, formed through leveraging tax, infrastructure, and regulatory incentives to attract firms to a region. For over 10 years from 2005, India Inc. has invested roughly 0.5% of the annual GDP (gross domestic product), amounting to US$62 billion into the programme each year – substantial by both Indian and international standards. Given the magnitude of investment into the Indian SEZ policy, it is crucial to understand the extent of its benefits.

The cost effectiveness of such zonal development programmes hinges on their ability to form linkages with the local economy that can increase competition in the local supply chain, deepen input and labour markets, and generate knowledge spillovers among firms and workers. These can then drive long-run development. Regarding the Indian SEZ model, there was serious concern over the existence of such benefits due to the fact that the SEZs were mainly private-sector initiatives with very small physical sizes unlike in other countries such as China. Private-sector participation in SEZ development was viewed as tax-free profit generation at the cost of land misuse, and of intensifying inequities between large and small companies. Small zones were doubted to be capable of producing significant additional economic activity to justify the costs.

In recent research we analyse the Indian SEZ policy and provide insights into its influence on the local economy (Hyun and Ravi 2018).

The challenge to our empirical analysis comes from the non-random nature of programme location as SEZs tend to locate in areas with high growth potential. To credibly isolate the effect of SEZs on the regional economy, we exploit a source of variation in the government-regulated approval process for SEZs. We consider only those regions surrounding SEZs that have reached the penultimate stage of approval before beginning operation: the stage of notification. This stage ensures that both the regions and the developers are capable of and committed to executing the project.

We adopt separate empirical frameworks for exploring different questions. Firstly, we trace the pattern of SEZ influence through time and space using granular satellite lights data as a proxy for economic activity. We analyse a 14-year panel (2000-2013) of all one square kilometer cells that are within 15 kilometers of any SEZ in our sample of a personally compiled and geo-coded database on Indian SEZs. We then explore the aggregate effects of SEZ spillovers on the district-level economy using a richer set of variables on firms and workers drawn from the National Sample Surveys (NSS; 2000, 2005, 2010), the Annual Survey of Industries (ASI; 2000-2009), and the Economic Census (2005, 2012). For this, we compare economic outcomes between districts that have at least one operating SEZ (treatment districts) and those that have at least one notified SEZ but not yet operational SEZ (control districts). Under this setting, we can compare regions that host operating SEZs with those that will credibly do so in the future, strengthening our empirical results.

Using the nighttime lights data, we first find that SEZs have positive effects on the neighbouring economy that are moderately persistent across time and up to areas that are comparable in size to the administrative division of an Indian village. We also find that areas farther away are not hurt significantly (by a potential withdrawal of resources) thus recording positive effects up to areas of size that is one-fourth of a median district in our dataset. We therefore confirm that the zones not only boosted general economic activity in immediately surrounding areas but also produced positive spillovers on regions several times the size of the zones.

Our analysis of nationally representative data on firms and workers reveals that the average labour productivity of formal sector manufacturing firms in treated districts increases differentially by 24% between 2005 and 2010. We also find evidence for within-industry expansion in formal production by 46%, employment by 18%, and investment in plant and machinery by 37% over the same time period in treated districts compared to control districts. Along with productivity gains and an increase in the demand for labour, the wages in the treated formal sector experienced a differential increase of 14% over wages in the control districts.

Our findings also suggest that the resultant spillovers from SEZs structurally transform the economy away from informal lines of production towards greater formality. This is especially true in the case of informal manufacturing where we observe a halving of total production within industries of treated districts with total employment declining by 24% and labour productivity by 42% between 2005 and 2010. Lower informality in the district-level economy is also apparent in the differential reduction in employment in household businesses as well as a significant reduction in the number of informal enterprises, as proxied by the 10-worker cut-off.1

We, however, find evidence of increasing inequality. While workers at the 90th percentile of the income distribution gain as much as 38% over the years in which their district was treated with SEZs relative to workers in control districts, those at the lower end of the wage distribution do not seem to gain significantly. Analysing wages according to worker education levels, we find that workers who have above secondary school level of education (junior college and above) experience a wage increase of 66% between 2005 and 2010. Workers with lower education levels do not seem to gain significantly in terms of wages. Considering the positive correlation of worker education and formality of occupation, this is in line with our finding that SEZs directly increase wages in the formal sector and not in the informal sector.

Despite the controversial format of the Indian SEZ policy, our study shows that SEZs did produce local economic spillovers which reflected at least at the aggregate level of a district. SEZs seem to have driven a structural transformation of the economy towards greater formalisation. It is, however, important to understand the mechanism behind the increased formalisation.

Given a productivity distribution within the informal sector, its decline could be driven by the movement of firms at the both ends of the distribution. The most productive firms could switch out of the unregistered sector in order to gain from the increase in demand for goods generated by SEZs, decreasing the average productivity and total output of the remaining informal firms. Alternatively, they could be shutting down if they fail to cope with the competition from the expanding formal sector. An upcoming work tests these two channels since the two scenarios will have very different policy implications. The latter scenario results in losses related to shutting down of businesses, rising unemployment and costs of re-matching workers and capital to productive use.2

The result of non-uniform gains in wages serves as a caution about the potential losses of low-skilled workers as they are unable to be absorbed by the expanding formal sector when spatial development policies are implemented. It also corroborates the current concern in both developed and developing countries about a skill gap where the workforce is unable to fulfill the demand for skilled labour, holding back further prospects of development. Our findings highlight the need for supplementary policy measures such as skilling initiatives to drive inclusive growth in implementing zonal development policies.

Industrial Agglomeration and (the Lack of) Competition