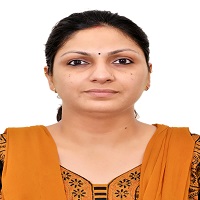 Investment decisions of firms are centred on location choice, investment magnitude, and selection of industry. Of these, information on location choice is the most asymmetric, making it is imperative to inform potential investors regarding the characteristics and advantages/disadvantages of specific territorial choices within the country. In this article, Anjali Tandon highlights the importance of a systematic, evidence-based index that ranks Indian states based on investment potential.

The investment decisions of business firms are centred on the choice of location, magnitude of investment, and selection of the industry. Decisions on the latter two – magnitude and sector of investment – are based relatively more on factors that are internal to the firm. In contrast, information on location choice is asymmetric and relates largely to external factors beyond the firms’ control. While India is rated highly in terms of global investment potential due to fast economic growth, huge domestic market, and improving ease of doing business (EoDB) (World Bank, 2018), it is also imperative to provide information to potential investors on the characteristics and advantages/disadvantages of specific territorial choices within the country.

Business decisions related to location are strategically linked to predictions of expected gains on future investment. These are, in turn, rooted in the firms’ experiences pertaining to the performance of existing investments in land, labour, infrastructure, economy, governance, and the business environment. The firm-level experiences vary widely across regions and states. Further, the decision of the Centre to accord increasing recognition to the states as equal partners has borne fruit by fostering healthy competition among the states. Simultaneously, the states have proactively embraced reforms to project themselves as potential destinations for investment for both foreign and domestic firms. For instance, complete digitisation of land records in Karnataka gives an edge to reform of land leasing laws, which in turn facilitate land use for industrial purposes. Similarly, Maharashtra government’s compliance exemption on labour laws for retail and commercial establishments employing less than 10 persons, is likely to have drawn small-sized new entrants. Likewise, Maharashtra also extended additional tax incentives under the Package Scheme of Incentives to facilitate investment in the state.

Therefore, it is important to facilitate informed investment decisions through a single composite indicator based on a number of evidence-based parameters. Further, comparable information on each of the individual sub-components of the aggregate indicator is needed to highlight the best practices followed at the state level.

Competitive spirit is driving the Indian states to rush in for reforms to improve EoDB, and expedite clearance of pending projects. A clear impact is seen, at a broad national level, from India’s moving up by 30 spots within a year in World Bank’s EoDB rankings. However, the road ahead is long and much needs to be achieved particularly with regard to delays in starting a new business. The heterogeneity in growth patterns across states is noted from the difference in performance at sub-regional and state levels in terms of indicators such as infrastructure, trade and transport costs, etc. (Das et al. 2013). Different states have exhibited varying levels of dynamism with regard to policy reforms. There are many factors contributing to the variation. These are broadly related to factor markets of land, labour, and capital within a state. Initiatives at the state level are needed to reform the land market by revisiting their leasing (and land use) laws (Panagariya 2015). Similarly, amending labour laws through specific exemptions in a state can give a certain degree of flexibility to businesses. State policies for investment promotion can be instrumental in driving more private capital, which is particularly important for the low-income states.

Also relevant is the presence of existing industries that have framed the current profile of factors within a state. The internal demand for investment within states is another crucial factor, which in turn is determined by the policy framework in the states (Bandyopadhyay 2013).

A survey of the literature shows an information gap with regard to advantages of spatial locations for investment. The Department of Industrial Policy and Promotion’s (DIPP) assessment of states’ regulatory experience in business is a move in this direction. However, DIPP state rankings capture the state governments’ ability and success in implementing business reforms (DIPP, 2016). This is likely to have a bureaucratic approach for measuring the streamlining of regulatory procedures. These aspects showcase the intent of the state government, not necessarily the effect of the reforms. A ground assessment of the business perspective is much needed to assist the investor in locational choices. Such an exercise should cover a wide range of issues such as land, labour, infrastructure, economy, governance (including reform implementation as measured by the DIPP), and the business environment, at the state level.

There is a need to match the reform with the ground realities through an index with a much wider scope of coverage (National Council of Applied Economic Research (NCAER), 2017). The rigour of recent policy reforms in some states, and also in the states that have maintained a foothold in drawing investments for quite some time, emphasises the need to update the investor on performance of the states. The NCAER State Investment Potential Index (N-SIPI) provides a single composite score for the states based on their potential to attract investment. The index is constructed on six broad pillars that are classified under four broad categories as being factor-driven (land and labour), efficiency-driven (infrastructure), growth-driven (economic climate, and political stability and governance), and perceptions-driven (responses to the survey1). While the first five pillars are based on secondary information, the perceptions pillar is a survey-based indicator and captures the future optimism of an investing firm through its judgment of business and financial conditions over the coming year. The survey structure is designed to capture the business sentiment from experiences on the ground.

Under each of the six pillars there are a number of sub-indicators. The secondary data-based pillars, namely land, labour, infrastructure, economy, and governance are based on 4, 9, 10, 11 and 9 sub-indicators, respectively. The land pillar has fewer sub-indicators compared with other pillars due to challenges in obtaining comparable and reliable state-wise data on land. The perceptions pillar is based on survey responses of firms on questions related to land, labour, infrastructure, economic conditions, governance and political stability, and business climate. All sub-indicators within a pillar are assigned equal weights. Further, the weights of the components of a sub-indicator are equally distributed. Weighted arithmetic means (averages) of the sub-indicators are used to obtain scores for individual pillars. The composite index, N-SIPI, is obtained as the geometric mean2 of the six pillars.

Based on N-SIPI, it turns out that the states of Gujarat, Delhi, and Andhra Pradesh topped the chart among the 21 states included in the study in 2017 (Figure 1). The states of Bihar, Uttar Pradesh, and West Bengal are located the other end of the scale. At a pillar level, the leaders include Madhya Pradesh under the land pillar, Tamil Nadu under the labour pillar, Delhi under the infrastructure pillar, Gujarat under the economy pillar, Haryana under the governance and political stability pillar, and Gujarat under the perception survey pillar of the study. The regional divide, often observed in other spheres, is reflected in investment potential as well, with the southern and western states performing far better than the eastern and central states. The regional disparity is undeniable and unless prudently addressed, could lead to further widening of gaps between the states at the upper and lower ends of the index. 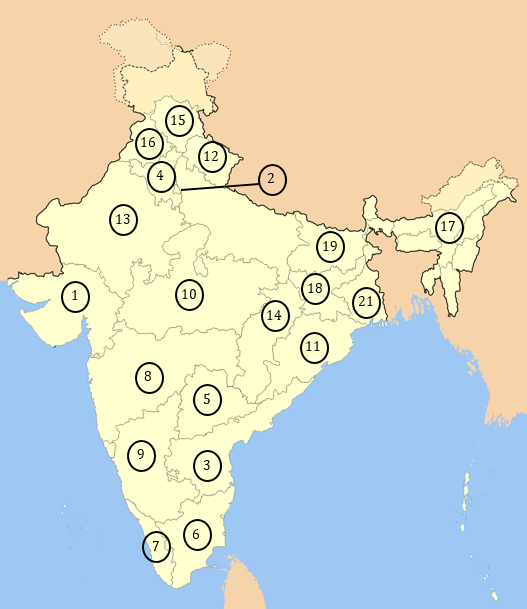 In conclusion, it needs to be emphasised that N-SIPI is one of the many indices being developed by different agencies to benchmark the states on the EoDB front. However, ranking states in terms of their investment potential is more forward-looking than other extant indices. To the extent investment decisions are based on assessment of the future, N-SIPI is a valuable addition to the newly-emerging literature on competitive, cooperative federalism.