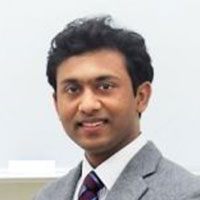 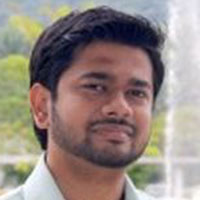 Does industrialisation on acquired land benefit those displaced? Evaluating the long-term livelihood effects of the first Special Economic Zone in the state of West Bengal, this column finds that the impact on displaced households is mixed. While they are more likely to be employed in the industrial zone, their returns to education are lower than that of other households.

Recent industrialisation efforts in India, particularly in West Bengal, have been marred with practices of forcible land grabbing and protests, often leading to severe casualties1. This points to the need for a sustainable growth policy framework that results in a ‘positive sum game’2; facilitating growth opportunities without hurting the indigenous communities. Ongoing debates underscore the importance of optimum compensation for those who sacrifice their land for industrialisation purposes (Ghatak and Mookherjee 2011, Ghatak and Ghosh 2011, Ghatak et al. 2013). The 2013 Act stipulates up to four times and two times the value of land lost as compensation in rural and urban areas respectively, plus houses where residences are lost (in accordance to the Indira Awaas Yojana (IAY)3 specifications in rural areas, and not less than 50 sqm. in plinth area in urban areas - or the cash equivalent in both areas based on the preferences of the affected family) as part of the Resettlement and Rehabilitation (R&R package).There are also additional clauses that guarantee a job or monetary compensation where livelihoods are lost. Optimum compensation protects affected parties from deprivation and hence, they may not be significantly worse off in the short run. However, they may not be able to reap long-term benefits from the acquisition unless their compensation/ R&R package substitutes for the loss of livelihood, credit line and insurance that their land provided to them. Concerns remain regarding whether job promises by State authorities are delivered to the semi-literate, rural households, and whether the effects of industrialisation trickle down to generate livelihoods for affected and unaffected households. Given that growth dividends from industrialisation are likely to materialise in the long run, short-run evaluations of the effect of acquisition-led industrialisation may not paint an accurate picture (Banerjee et al. 2012).

In a recent study, we report findings from a household survey designed to evaluate the long-term livelihood effects of the Falta special economic zone (FSEZ, from hereon) that was established in 1984 (Paul and Sarma 2013)4. FSEZ was the first SEZ in the state of West Bengal, and to date, among the more successful such industrial parks in the country. FSEZ was set up through acquisition of land from two major parties: the Calcutta Port Trust — a state enterprise (contributes to more than 60% of FSEZ land), and the villages of Akalmegh and Uttar Simulbera. 80 acres of land was also acquired from a third village Gopalpur, to resettle affected villagers from the aforementioned villages of Akalmegh and Uttar Simulberia. While most villagers from Akalmegh and Uttar Simulberia (hereon referred to as displaced households) had to give up their residence and residential land, most villagers from Gopalpur (hereon referred to as land-acquired households) had to give up their agricultural land to accommodate a model village for the relocation of displaced households.

The survey was administered in May-June 2013 to a total of 1,017 households that fell into one of the three categories: displaced (462), land-acquired (168) and unaffected (387) (these were at a distance of 5 kms from the FSEZ and served as a ‘control group’). Displaced households (those who lost their residential land and residences) have received residences and residential land as compensation for their relocation, but no deeds for their new residential lands. Most land-acquired households (those that lost agricultural land, but not residential land or residences) have received 80% of the promised cash compensation for agricultural land they forewent, but a bulk of this was paid two decades after the acquisition of land, and no adjustments to the promised compensation were made based on changes in land prices. Households from both displaced and land-acquired categories lost their traditional livelihoods of ‘boating’ (ferrying goods and people via boat) and farming, respectively, due to the setup of FSEZ.

Employment at SEZ: Labour force participation and returns to education

30 years after the setup of FSEZ, displaced household members show an overall lower labour force participation rate as compared to the other categories of households, but are more likely to be employed within FSEZ (Table 1). There is robust evidence of positive returns to education among all three categories of households. Completion of secondary and higher education is associated with 12% and 24% increase in wages respectively compared to individuals with no schooling (Figure 1). However, these effects are weak for employees working in FSEZ (therefore, on average, a lower return on education for displaced households) — largely attributed to the unskilled nature of work prevalent within the zone.

Figure 1. Returns to education, by gender

The feminisation of the workforce

Mahajan and Ramaswami (2012) show that Indian women in general have lower labour market participation rates as compared to Indian men. Our survey has similar findings; in general, women are about 67 percentage points less likely to work than men across all households. However, within the FSEZ, women were about 21 percentage points more likely to be employed than men (after accounting for individual and household characteristics)5. Especially among young active labour market participants (15 to 35 years), more than half of the female workforce, both from displaced and unaffected household groups, works in FSEZ. The returns to education depicted in Figure 1 indicate that women earn significantly less compared to men for each additional year of schooling, and the gender wage gap is even higher among FSEZ employees. However, on a positive note, there is evidence of narrowing gender gap in educational attainment among all households in our sample across the last three decades (refer Table 1).

Table 1. Years of schooling and wages of females (as % of males), by age and household category

Our findings indicate a lower labour market participation rate among displaced household members, and a persistent gender gap in labour market activities across all household groups. There is also some weak empirical evidence indicating that members from displaced households are more likely to be employed within FSEZ as compared to other categories of households. Focus group discussions reveal that while vocational training institutes were setup as part of the FSEZ to train and equip displaced households with skills that benefit their employment within FSEZ, these were abandoned within the first couple of years since FSEZ became operational. Moreover, the widespread informal recruitments within FSEZ create insecurity in wage and thus limit welfare in the absence of healthcare benefits, educational benefits for children, etc. This warrants action from the State to ensure implementation of labour laws that protect affected workers within SEZ — particularly those who had been evicted for the setup of the SEZ, and women. Overall, our findings indicate the need for a sustainable policy framework to address SEZ related displacement, livelihood and gender issues.