A tribute to Prof. Ashok Kotwal by Prof. Madhav Badami 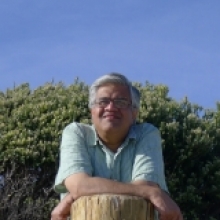 I knew that Ashok had been seriously ill for quite a while, but still, the news of his death came as a shock. I had the good fortune to get to know him in the late 1990s, when I was a doctoral scholar at UBC (University of British Columbia), and soon, he and his wife Truus became good family friends. I remember with fondness his kind and gentle manner, his intelligence and thoughtfulness, his self-deprecating humour, and the fact that he was unassuming and without any pretension, despite his reputation as a leading development economist. I recall many conversations with him, on a wide variety of topics (ranging from food, books, and movies on the one hand, to politics and public policy on the other). He would occasionally challenge my positions on this or that issue, but he would do so gently, and without ever putting me down, which caused me to think hard about – and often re-think – my point of view.

His death brought back many memories, but one stands out for me, most of all. We had once agreed to meet for lunch on the UBC campus, and I was a little early for our appointment. A couple of minutes later, I saw him sprinting from the Buchanan Building; when he arrived, I told him he need not have done so since I was in no rush, in response to which he said that he wanted to make sure he was not late (actually, he was bang on time), and he apologised profusely for keeping me waiting. He was the head of the Economics department then, and I was a struggling Ph.D. student, but I don’t think these things mattered to him one bit – that is just the sort of person he was.

Last night, I watched this lovely talk he gave at Green College three years ago, titled “A Journey in Economic Development: Theory, Policy, Activism”. His passion for his work, his concern for the poor, his intellectual curiosity, his humility, his generosity of spirit, and his love for and pride in his students, come shining through. But for me personally, the talk transported me back to my many conversations with him when I was at UBC.

My only regret is that I did not stay in touch with him as much as I would have liked to have done in the last few years. Nevertheless, I consider myself really lucky to have known him. May his memory be a blessing.

A tribute for my mentor, Ashok

I4I at 10: Zooming over the last nine years, and looking ahead