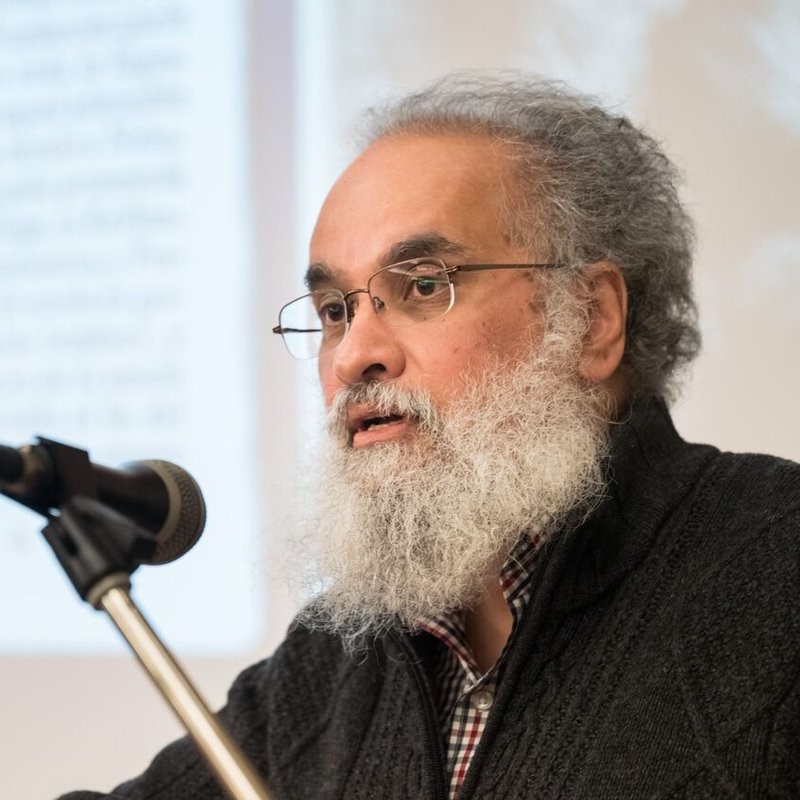 It was with a sinking feeling that I awoke on Friday morning and saw an email in my inbox from Patrick François (Director, Vancouver School of Economics at the University of British Columbia (UBC)), with the title “Ashok” because I knew it could only be bad news. The passing of Ashok Yeshwant Kotwal on 28 April in Vancouver has meant a lot to many people, and there have been many tributes from colleagues, associates, some from friends of long date, most in English but also some in Spanish. Our mutual friend Kaushik Basu describes him on social media as “one of the finest minds, one of the finest human beings”. But Ashok was also something else, a connoisseur of the art of friendship, and it is that aspect I want to address briefly, leaving a proper appreciation of his contributions to Economics to other, more competent, people.

I first met Ashok in the late 1980s when he and his co-author Mukesh Eswaran visited Delhi, and presented several papers at the Delhi School of Economics, including the well-known one on why capitalists are “bosses” rather than hired by labour. I also met the two at several social events at the ISI (Indian Statistical Institute) in Delhi in the early 1990s, and struck up a familiarity with them though it was not yet a friendship with Ashok. Then, in the early 2000s, I saw him again under very different circumstances. By that time, I had moved to Oxford and had also begun a long-distance relationship with Caroline Ford, a historian of France at UBC in Vancouver. While visiting the UBC campus, I took a chance and knocked on Ashok’s office door in Buchanan Tower where both the History and Economics departments were housed then. To my surprise, he remembered me. We began chatting, about friends, Delhi, politics, history, a host of things. Over the next months, every time I visited Vancouver, I would see Ashok on campus for coffee or lunch, since at the time he still lived far from campus, in Burnaby. Our conversations became longer and longer. Then, he suggested that I visit UBC for a few months late in 2003, taking advantage of my light teaching load in Oxford. Once I was there, we would see each other practically four or five times a week, and I also got to know his wife Truus, and also his whole ‘gang’, whether in economics or beyond, people like Milind Kandlikar. I realised that Ashok knew practically everyone in UBC, whether it was the Dean (and economist) Nancy Gallini, the philosopher Mohan Matthen, or the Sanskritist Mandakranta Bose. At this time, Ashok took over the directorship of the India and South Asia Center for a period, and decided to put in a real effort to try and build it up. As part of this effort, he tried to persuade me to move to Vancouver. After long conversations and much hesitation, I decided not to move, and instead in 2004 Caroline and I took up positions in UCLA (University of California, Los Angeles). Ashok being Ashok, he forgave me of course, but he always reminded me afterwards that we might have both enjoyed evening strolls by the water in the West Point Grey area (where he eventually moved) if only I had been sensible enough.

From that time in the early 2000s, we kept up pretty regular contact. I continued to visit Vancouver at intervals, often on his invitation, but we also met with our mutual friend Bharat Ramaswami in Delhi, or when Ashok and Truus visited Los Angeles, or on a memorable occasion when they paid us a visit in Paris in June 2017. I can honestly say we discussed every subject under the sun, because Ashok had an enormous curiosity about all kinds of things. There is a cliché out there about economists who are narrowly focussed on their subject and that alone, but Ashok was the exact opposite of the stereotype. Of course, this came in part out of his background. He was trained, as he often recalled, as an engineer in IIT (Indian Institute of Technology) Powai (Mumbai), and only came to Economics late in life, while he was working in Boston and decided to go to Boston University. But something which I also felt was crucial was that he had studied in Marathi medium in school, which he (and I too) felt gave him a different angle on life than those Indians who had only studied in English medium. Ashok continued to read quite voraciously in Marathi, wrote economic journalism in the language, and had a real interest in Marathi literature, which he pursued when he could with colleagues like Vidyut Aklujkar. He also had a considerable interest in, and knowledge of, many aspects of Indian history, and he would gently but firmly correct me when I made an error about the Rani of Jhansi or the Peshwas.

And then there was the cricket. Anyone who spent appreciable amounts of time with Ashok would know that he was a cricket fanatic, who could fly from one continent to another just to watch a Test match. He could also spend hours discussing Rahul Dravid’s cover drive, or Shoaib Akhtar’s (dubious) action, or whether Adam Gilchrist had cheated by putting a squash ball in his glove in the 2007 World Cup final. He often said with a tone of regret that while he wanted to rid himself of all nationalist sentiment, cricket always brought it out in him again. After the 2003 World Cup final, when India was hammered by Australia, he told me that he switched off the match because there were limits to what he could endure. Of course, as with Ashok, this was always said with a markedly dry and self-deprecating humour, the same that he used when describing the time when he and his friends tried to strike up a chat with Rahul Dravid in a hotel lobby and were suspected of being match-fixing bookies!

Ashok was a great raconteur. He loved to tell elaborate stories and he always saw the funny side of things, whether it was an account of an incomprehensible postmodernist seminar in cultural geography or the time when he was pursued through the woods by a robber in small-town England, whose regional accent was so impenetrable that Ashok could not follow his orders. I went back today to look at the video of his 2019 lecture at Green College in which he lucidly recounts his career trajectory and was reminded again of his special style of delivery, punctuated ever so often with his usual “y’know”. It was only a small consolation. In one of last WhatsApp messages, he wrote: “I would like to have a leisurely chat. What time would be convenient?”. We did manage to have that chat, but it was more or less our last one. Ashok was inimitable, and he will leave a large hole in the many lives he touched.

A tribute for my mentor, Ashok

I4I at 10: Zooming over the last nine years, and looking ahead