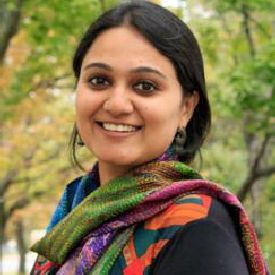 One path for capitalising on government interest in evidence-informed policymaking is for the research community to build long-term institutional partnerships with governments to create an ecosystem where data and evidence become vital inputs for policy decisions. In this note, Sharanya Chandran draws from her experience of working closely with the Government of Punjab to generate evidence to address the state's top policy priorities, and advocates for the promise of the institutional partnership model.

Bureaucrats often ask the question: are we doing things right? But equally important is the question: are we doing the right things? While the first question can be answered through systems that monitor existing government programmes, and track whether implementation on the ground is progressing as planned, the second question requires rigorous evaluation of multiple programmes in order to identify which are the most effective for attaining various development outcomes. In other words, how to develop government policy to maximise the bang for the buck?

For example, a minister may ask, what are the right policies for reducing pollution and preventing its harmful health effects? The policy challenge stems from the presence of a negative externality. Since polluters do not bear the full cost of pollution, they continue over-polluting, while society collectively pays the price by facing poorer air and water quality. Would command and control regulation, such as imposing fines on polluters, be the most effective? Or would tax-based solutions work best, where actors have to pay in order to pollute? Perhaps subsidies to adopt better technologies will do the trick? What about ‘Payment for Ecosystem Services’, where the idea is to pay whoever preserves or maintains a green service? These choices are never easy, as resources are scarce while policy options are abundant. Rigorous evaluation of different programmes could help answer such questions and assist governments in deciding which programmes they should invest in, and equally, which could be scaled down, or even abandoned.

State governments across India are becoming more aware and sensitive to the importance of high-quality data and rigorous evidence in decision-making. One path for capitalising on government interest in evidence-informed policymaking is for the research community to build long-term institutional partnerships with governments to create an ecosystem where data and evidence become vital inputs for policy discussions and decisions. This happens when there is awareness among policymakers of the type of question one is seeking to answer, the different types of evidence that exist, and most importantly, the kinds of inferences that one can draw from each of them.

For instance, people often make causal claims based on correlations between variables, which could be misleading. Causal attribution, however, is only possible through use of rigorous impact evaluations, such as randomised evaluations, which enable researchers to measure the change caused by the programme against what would have happened in its absence. Such awareness of the different types of evidence can help policymakers demand and commission research that suits local requirements. Policy-research organisations, such as the Abdul Latif Jameel Poverty Action Lab (J-PAL), which was co-founded by Nobel laureates Esther Duflo and Abhijit Banerjee, support the generation and use of randomised evaluations to inform policy decisions, which aim to reduce poverty by scaling up proven programmes across the world.

An ecosystem for evidence-based policymaking

In 2017, the Government of Punjab and J-PAL South Asia entered into a long-term partnership for institutionalising evidence-informed decision-making in the state. Housed within the Planning Department, it currently spans projects with the departments of agriculture, power, education, health, taxation, and labour. The centre of the engagement are regular in-depth dialogues between J-PAL affiliated researchers and Punjab’s state departments, through which the researchers and bureaucrats co-design interventions that are subsequently tested through large-scale impact evaluations.

For instance, one of the top stated policy priorities of Punjab is to reduce the rates of groundwater depletion, which is amongst the highest in India. Nationwide, agriculture accounts for about 89% of groundwater usage. An important contributor to this in Punjab is the provision of subsidised power to farmers, which allows excessive use of electric motors to pump groundwater for crop irrigation.

To address this policy challenge, J-PAL affiliated researcher Nicholas Ryan (Yale University) and co-researcher Anant Sudarshan (University of Chicago) worked closely with multiple departments within the Government of Punjab, including agriculture, power, and the Punjab State Power Corporation Limited, to co-design what has come to be known as the Paani Bachao, Paise Kamao (PBPK) pilot scheme. The scheme encourages judicious use of groundwater amongst agricultural consumers by providing farmers monetary incentives for water conservation. A fixed entitlement of electricity units per month is calculated, and farmers who consume below their entitled amount receive subsidy payments in their bank accounts for every unit of electricity saved.

The researchers studied PBPK’s pilot phase in 2018-19 across catchment areas served by three power feeders in Fatehgarh Sahib district, with the aim of monitoring the scheme’s logistics and on-ground implementation. Building on the learnings from the pilot, the state has expanded the scheme to feeders across 10 districts of Punjab. The researchers are presently conducting a randomised evaluation to understand the impact of the scheme on saving groundwater and electricity, and will document any changes in irrigation practices and water-saving methods that farmers may have adopted in the process. The results from the study will inform any state-wide decisions on scaling up the scheme, and may ultimately reduce the state’s subsidy burden of providing free power to farmers (estimated at Rs. 82.75 billion for FY 2020-21).

Another priority of the state is reducing paddy stubble burning. Stubble burning contributes to air pollution as the smoke plume emitted from the burning can travel long distances, imposing a major health toll not just in the local community, but over the large area where the pollution disperses. The focus of the central and state government has largely been on subsidising the machinery needed for in-situ management of crop residue, such as happy seeders and super straw management systems. J-PAL affiliates Seema Jayachandran (Northwestern University), Rohini Pande (Yale University), Kelsey Jack (University of California, Santa Barbara), and Namrata Kala (MIT) are testing the impact of providing farmers with different financial rewards for not burning their crop residue, thus providing them the flexibility to adopt their preferred methods for managing stubble. For instance, farmers could use this cash to rent equipment, or remove and bale the stubble, etc. This study will help inform the Government of Punjab’s approach to tacking this ‘burning’ issue by providing rigorous insight on the take-up, compliance, and cost-effectiveness of different types of financial rewards or ‘Payment for Ecosystem Services’ contracts.

While these are examples of how Punjab is attempting to adopt an evidence-based approach to policy decisions, the Chief Minister of Punjab has also constituted a Group of Experts to recommend a short- and medium-run action plan for reviving the state’s economy post Covid-19. The group includes economists, researchers, industry representatives, and experts in several sectors. The 20-member group has been mandated to submit a series of policy recommendations throughout the remainder of this year.

There is great potential in long-term collaborations between policymakers and researchers, through piloting, testing, and finally scaling up effective interventions, as well as ad-hoc consultations over shorter timeframes especially during times of crisis. It is equally important to develop nimble and fast-responding systems for digitally collecting administrative data, analysing it, and providing insights for quick policy action. Building a culture of rigorous programme evaluation and effective use of administrative data will enable governments to regularly ask, and effectively answer, both the questions of whether they are doing things right, and equally, if they are doing the right things.

Hi Manashi - thank you for connecting. Can you drop me an email at smehra@povertyactionlab.org? I will respond to you with more information on J-PAL South Asia's state partnerships and advisory work on Covid-19 recovery. Public webpages with this information will go live early next week, but I can share the broader details on our engagements with GoP, GoTN, and GoO with you sooner.

Hi, Where can I follow the work that J-Pal is doing in different states in India? Also, are there states other than Punjab that are working on curbing ground water depletion or working with J-Pal to kickstart their economies after the Covid-19 induced slump? Thanks, Manashi