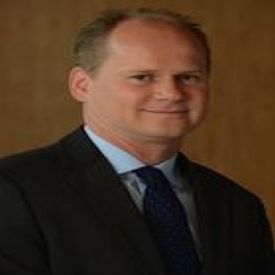 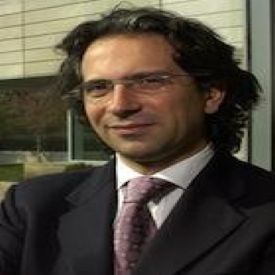 Economic anxiety and insecurity are often cited as drivers of populism, so why has populism emerged over the past few years in rich countries and in good times? This article argues that when the economy is strong, everyone fares well but the rich fare especially well, fuelling inequality and resentment. Populism in the form of anti-globalisation may reduce everyone’s consumption, but it affects the rich disproportionately and thus appeals to many voters in richer countries. In poorer countries, however, voters are less willing to give up consumption for equality.

The lead commentaries in the Vox debate on populism do an excellent job of introducing the subject. Eichengreen (2019), Rodrik (2019) and Tabellini (2019) all explain that the recent rise of populism is likely to have both cultural and economic drivers. On the economic side, they emphasise the role of economic anxieties and insecurities. According to Eichengreen (2019), “[t]he economic argument is straightforward: poor economic performance feeds dissatisfaction with the status quo”.

While poor economic performance undoubtedly feeds dissatisfaction, it does not appear to be the whole story. It does not explain why populism has risen especially in rich countries, such as the US and the UK, whose standards of living are among the highest in the world. Moreover, it does not explain populism rising in good times. As of December 2019, the US is in the 11th year of its economic expansion – the longest expansion on record. Stock prices have quadrupled since 2009. The UK has also been without a recession for a decade. The post-2008 recovery has been slower in continental Europe, but even there, the unemployment rate has been falling steadily since 2013 (to about 6% today). Back in 2016, when Americans elected Trump and Brits voted for Brexit, both countries' unemployment rates stood below 5% and median income was on a strong upward trend after bottoming out in 2012. Both economies were performing quite well overall at the time of the momentous populist votes in 2016.

Why has populism emerged in rich countries and in good times? In recent work (Pastor and Veronesi 2019), we emphasise the role of income inequality, which has risen sharply throughout the West in recent decades. Inequality tends to rise in good times because the rich own stocks and businesses whose values tend to rise in good times. When the economy is strong, everyone fares well but the rich fare especially well, pulling up inequality from the top of the distribution. The growing wealth of economic elites leads to an anti-elite backlash.

In our theoretical model, this backlash takes the form of a populist winning a democratic election. The election pitches a mainstream politician against a populist promising to restrict global integration. On the one hand, such restrictions reduce consumption, which voters dislike. On the other hand, a disproportionately large drop in consumption is suffered by the rich, which appeals to voters by reducing inequality. As the country grows richer, the marginal utility of consumption declines, and voters become increasingly willing to sacrifice consumption in exchange for equality. The populist wins the election when the country grows sufficiently rich and unequal.

In the model, the populist backlash takes place in rich countries because equality is a luxury good of which a society demands more as it grows wealthier. In poor countries, voters are not willing to give up consumption for equality. The backlash takes place in good times because that is when inequality is particularly large. The rising inequality, especially at the top end of the distribution, is the key driver of populism in our model.

The 2008 financial crisis may have contributed to the recent rise of populism by elevating voters’ aversion to inequality. Before the crisis, voters, especially Americans, had been rather tolerant of inequality, attributing the fortunes of the rich largely to individual effort and risk-taking. But since 2008, some Americans may have come to believe that the elites’ high incomes had been earned unfairly. For example, the Wall Street bailout followed by large bonuses paid out to bankers may have contributed to a shift in perception from fair to unfair inequality. Such a shift, if present, may have increased voters’ aversion to inequality (Alesina and Angeletos 2005), thereby amplifying the mechanism proposed in our model. This hypothesis could, in principle, be tested by researchers who are able to collect or locate time series of survey data that would reveal voters’ perceptions of the degree to which inequality in their country is fair or unfair.

In our model, we define a populist as a politician promising to restrict globalisation. An anti-globalisation attitude is not a universal feature of all populists – for example, it does not fit many of the 20th century Latin American populists – but it does seem to fit the most important actors in the current vintage of populism in rich Western democracies. For example, Americans have elected Donald Trump, a protectionist who promised to build walls, restrict immigration, impose tariffs, and withdraw from international agreements. Similarly, the British democratic vote to leave the EU represents a clear step back from global integration. In continental Europe, populist politicians such as Matteo Salvini and Marine Le Pen are known for their anti-EU attitudes. As noted by Rodrik (2019), European economic policy is made increasingly in Brussels and Frankfurt, leading many Europeans to push for more national sovereignty.

Our definition of populism can be easily reconciled with more traditional definitions, which are emphasised in the lead commentaries in the Vox debate. Those traditional definitions of populism contain strong anti-elite elements, but in our model, being anti-elite is closely related to being anti-global. Anti-elite agents welcome restrictions on globalisation because such restrictions hurt economic elites in particular. Everyone’s consumption is reduced when globalisation is restricted, but the consumption of the rich drops the most. Inequality thus declines, which appeals to voters in our model.

For example, consider the fact that even though Britain as a whole voted in favour of Brexit, the population of London voted strongly against Brexit, with about 60% voting ‘Remain’. A natural interpretation is that Londoners thought Brexit would hurt their city. Our model implies that this fact – that Brexit would hurt the richest part of Britain – would be viewed favourably by many rural British voters because it would reduce inequality in Britain.

What can we do to contain the rise of populism?

In our model, populism is caused by the rise of inequality, which voters dislike. The model suggests two approaches to taming populism: keep inequality in check or reduce voters’ aversion to inequality.

To keep inequality in check, policymakers have at least two options. First, they could make taxation more progressive. A progressive consumption tax would be particularly effective in the context of our model because it would help internalise the consumption externality that appears in the model. Such a tax would be difficult to implement in practice, but it could be approximated by a value-added tax with high rates on luxury goods. Second, policymakers could reduce the heterogeneity (variation) in voters' ability to insure against background risk, which is a natural interpretation of the mechanism that generates rising inequality in the model. One way is to provide affordable health insurance to all. Both of these options have featured prominently in the 2020 Democratic Party’s presidential primary campaign in the US.

To reduce voters’ aversion to inequality, policymakers could foster a business environment in which voters feel that high incomes are earned fairly. Eliminating corruption, political favouritism, or ‘too big to fail’ are examples of desirable objectives. Policy proposals with such objectives are more likely than those mentioned in the previous paragraph to find political support on both sides of the aisle.