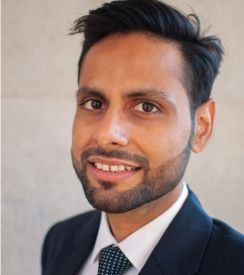 The prevalence of the caste system has restricted social mobility in India. This article further looks at how caste disparities have contributed to the misallocation of resources across firms. It quantifies the differences in productivity and financial conditions for low- and high-caste entrepreneurs, and finds that this has macroeconomic implications on wealth and income inequality and aggregate total factor productivity.

Historically, the caste system sorted people into different occupations and restrained social mobility, suppressing the entrepreneurial prowess of a vast section of society. While mobility restrictions for caste groups have weakened over time and are presently less restrictive, the caste system remains a salient feature of India.

There is a large body of literature which argues that the misallocation of resources is substantial in developing countries, and that this can explain a large fraction of cross-country differences in aggregate productivity (Banerjee and Duflo 2005, de Mel et al. 2008, Hsieh and Klenow 2009). Several market-oriented distortions, such as financial frictions, labour market regulation and size-dependent policies, among others, have been proposed as being responsible for resource misallocation. However, we lack systematic evidence about the quantitative importance of informal institutions in generating aggregate misallocation.

My research explores the hypothesis that “birth, and not worth” – that is, caste instead of productivity of individuals – determines the way in which resources are allocated in the Indian economy and quantifies its implications on aggregate productivity and output.

My recent study (Goraya 2022) uses firm-level data to provide evidence that is consistent with the presence of high levels of caste-driven resource misallocation. The empirical analysis exploits data from the Micro, Small and Medium Enterprises (MSME) survey (2006-07)1, which provides a representative sample of MSMEs together with an exhaustive list of balance sheet variables, and information on the caste of the enterprise owner and employees – a feature missing in other commonly used firm-level datasets in India. Three main insights come out of this data, and are outlined below.

Further, financing constraints hinder firm creation among low castes and create cross-caste income and wealth disparities. The model attributes a significant proportion of cross-caste income and wealth inequality to asymmetric access to finance; however, the model underestimates the level of cross-caste inequalities relative to the data. This may hint towards other forces (including historical disadvantages and labour market discrimination, among others) that are absent in the model and require further investigation.

The model helps us to understand regional entrepreneurial differences across castes. Regional financial development is interpreted as a shock to credit supply that affects all castes proportionately in the model. It predicts a declining cross-caste ARPK difference – and increasing capital-labour ratio5 – with regional financial development, as it particularly benefits relatively more constrained entrepreneurs, who are concentrated among non-HC castes.

The macroeconomic costs of caste-specific distortions

The model is also used to estimate the aggregate cost of caste-specific borrowing constraints. It finds that when non-HC entrepreneurs have a borrowing capacity that is similar to their HC counterparts, the aggregate total factor productivity (TFP)6 increases by 3.6%, and output per worker by 6.6% in the entrepreneurial sector. Further, the model is used to decompose TFP gains at the extensive and intensive margins7. First, the reallocation of capital from unproductive HC entrepreneurs to more productive non-HC entrepreneurs increases the allocative efficiency of the economy; therefore, as a result, cross-caste ARPK differences fall to zero, and the overall dispersion in ARPK declines substantially. These changes result in a 2.26% rise in TFP.

Conclusion and scope for further research

Misallocation of resources is rampant across developing economies. However, the sources of misallocation are still under investigation, and several firm-level distortions have been proposed. My work suggests that the caste system in India is one example of such distortions, and quantifies its importance in explaining aggregate TFP losses.

Improved access to finance for LC entrepreneurs would trigger more entrepreneurship, expansion of credit-constraint firms, and spur savings and wealth creation. This in turn would increase labour demand and create more jobs. This is of particular importance in India, where a large fraction of households partake in low-income self-employment.

Given the findings of this study, a logical next step would be to pin down the exact reasons for low credit allocation to non-HC entrepreneurs and support high-growth low-caste entrepreneurs. Apart from benefiting LC households, this will create welfare gains for most of the population through high output per worker and thus high wages, regardless of their caste.