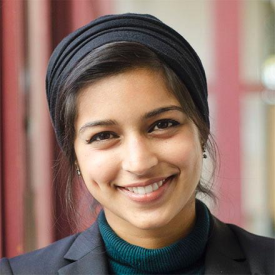 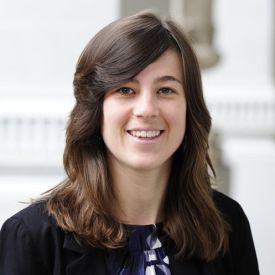 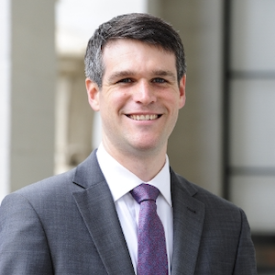 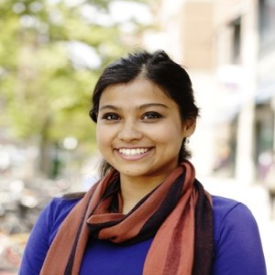 Many of the world’s most vulnerable groups – including refugees –lack access to employment despite its potential to have significant psychosocial benefits, along with the obvious benefit of income generation. Based on a field experiment in Bangladesh with Rohingya refugees, this article inspects the effect of providing refugees with employment, and finds that employment leads to improved well-being and self-worth, compared to those who receive only a wage-equal amount of cash assistance.

The benefits of work for survival, skills acquisition, and human dignity are well-recognised. Yet, many of the world’s most vulnerable groups do not have access to employment – over 70% of the world’s 26 million refugees face significant challenges in finding work (Schuettler and Caron 2020).

While an obvious benefit of employment is the income it generates, there is scant empirical analysis of the psychological benefit that may come from work. In a recent study (Hussam et al. 2021), we offer a step towards addressing that gap by presenting a causal estimate of the psychosocial benefits of employment among the Rohingya refugees of Myanmar.

Condition of refugees in Bangladesh

In August and September 2017, Rohingya refugees fled a genocidal campaign, referred to by the military as ‘Clearance Operations’, in the northern Rakhine state of Myanmar. Within weeks, over 780,000 Rohingya men, women, and children had escaped the country, most to the district of Cox’s Bazaar in southern Bangladesh. They joined over 200,000 Rohingya refugees who had fled previous persecutory purges. Today, over 890,000 Rohingya refugees are living in the largest and most densely populated camps in the world (Hussam 2019).

Bangladesh does not permit permanent settlements, nor does it authorise refugees to engage in formal work or education, claiming that such access would risk refugees taking up permanent residence in the country. Beyond this deprivation of opportunity, the challenges of daily life in the camps are considerable. Refugees bear psychological and physical wounds. They have inadequate access to clean water, sanitation, and health services, and are exposed to high risks of fire, flooding, and violence. Most lack the resources to purchase vegetables or salt for daily consumption. With limited legal protections, prospects for a better future remain dim.

Our objective was to isolate the non-monetary benefits of work – how does employment impact well-being beyond the effect of income alone? To that end, we worked with 745 working-aged camp residents and randomly assigned them to one of three groups. The first group was provided with remuneration for work. They were engaged as surveyors and paid to spend 2.5 hours a day walking through their neighbourhoods and documenting the various types of activities that their community members were engaged in. The task was designed with both economic and sociological literature around the meaning of ‘work’ in mind – it required participants to exert some physical and mental effort, and involved at least a nominal sense of purpose in the completion of a productive task.

Our study delivers four key findings. First, we find that employment delivers significant and meaningful psychosocial benefits compared to those that were in the control group. Specifically, individuals who were employed exhibited a 0.21 standard deviation2 (SD) increase in our mental health index relative to the control group. This translates into a 9.5 percentage point (50%) increase in the likelihood of not being depressed, and a 6.5 percentage point (21%) decline in the likelihood of being moderately or severely depressed among employed individuals relative to their control group counterparts. They were also significantly less likely to report feeling physically ill and performed better on memory and math tests than those in the control group.

Second, we find that employment generates benefits that are significantly greater than that of cash alone. These differences are substantial – employment improved mental health at a magnitude four times greater than receiving cash assistance alone. Beyond the mental health index, employment also generated significantly larger impacts than cash on individuals’ physical health, cognitive performance, and tolerance for risk.

Third, we document that employed individuals seem to understand these non-monetary benefits to work. Using an incentivised elicitation exercise3 to demonstrate how much participants value the opportunity to engage in this work, we find that that the vast majority of participants are keen to continue working even for zero pay. While this by no means should serve as a measure of a fair wage (and rather underscores the need for labour and wage protections among vulnerable populations), the exercise reveals the extent to which participants value the non-monetary benefits of an employment opportunity.

Finally, our study presents evidence that employment significantly increases an individual’s sense of self-worth, which we measure through one’s perceived value to their family. We find that the non-pecuniary impact of the employment treatment on self-worth is substantial, at 0.18 SDs greater than the cash arm. Notably, this is a combination of a 0.12 SD increase in ranking among the work group and a 0.06 SD decrease (though imprecise) among the cash group. This effect on self-worth is particularly pronounced for male workers –we hypothesise that because males are the traditional breadwinners in our context, deprivation of that role and receipt of a ‘handout’ may be particularly costly for them. While plausible mechanisms for improved mental health in other contexts, we find no evidence that the social or community-centric nature of the task are key mechanisms behind the effects we document in our setting, nor does the employment alter how individuals otherwise spend the day or spend the wages they receive relative to their cash counterparts.

We find that the psychosocial benefits of work exceed those of cash assistance by a large margin in this setting. This result is particularly striking given the profound material impoverishment that the refugees in our sample face, and yet they derive significantly greater psychological relief from employment than cash alone.

This result is critical for policy discussions on protecting the right to work, as employment serves not only as a (necessary) source of income for many, but also as an essential input into mental health. Our results also suggest that vulnerable populations may benefit enormously from being given the choice of work over unconditional cash payments – when offered this choice, those who are willing and able may readily choose work for their physical and mental well-being.

Fantastic study to highlight a key aspect of employment which is mostly overlooked in an overtly capitalistic world. However, I really wonder why this study needed to be conducted on refugees who definitely have a lot more challenges to deal with related to physical well being and housing. Could this not have been done among say the general unemployed youth of Bangladesh?