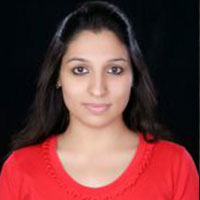 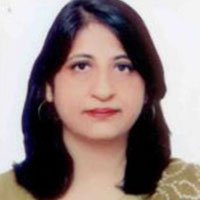 India and Korea signed a Comprehensive Economic Partnership Agreement (CEPA) in 2009, which resulted in an increase of 42% in bilateral trade between 2009-10 and 2012-13. This column examines the CEPA with the objective of identifying potential areas for harnessing services trade between the two countries.

India and Korea signed a Comprehensive Economic Partnership Agreement (CEPA) in 2009. The agreement covers goods, services, investments, bilateral cooperation, intellectual property rights and competition. The CEPA has unleashed growth impulses because of which two-way trade increased from US$12 billion in 2009-10 to US$17 billion in 2012-13, an increase of 42%. It was expected that trade volume would cross US$40 billion by 2015.

Under India-Korea CEPA, both India and Korea have offered trade liberalisation commitments in services. In recent research, we examine the CEPA with the objective of identifying potential areas for harnessing services trade between the two countries (Taneja, Kaushal and Ray 2014). Unlike goods, barriers to trade in services are not in the form of import tariffs; they take the form of restrictions, prohibitions, government regulations, etc. We also draw a comparison between the schedules of commitments offered by India and Korea under the CEPA and explore the potential for collaboration between the two countries in services.

Composition of trade and trade potential

We compare the commitments of India and Korea under the CEPA using the GATS1 (Generalised Agreement on Trade in Services) framework that provides member countries with a structure for negotiating removal of external and domestic barriers. Under the CEPA, both countries have offered commitments in all sectors classified under the GATS; the Indian schedule includes 28 sub-sectors and Korean schedule includes 31 sub-sectors (WTO 1991). In addition, there are separate chapters on telecommunications, financial services, audio-visual services and movement of natural persons. Overall, under the bilateral agreement, both India and Korea have offered commitments that are more liberal than in the revised offer2of the WTO (World Trade Organization) by covering a larger number of sectors and sub-sectors in respective schedules.

In recent years, both the Indian and Korean economies have undergone major economic and structural changes, which have resulted in the emergence of services as a leading sector contributing significantly to GDP (Gross Domestic Product) and international trade. Services accounted for 56% and 58% of GDP in India and Korea respectively in 2012. In 2012, service trade for India was US$274 billion accounting for 15% of GDP while that of Korea was US$216 billion accounting for 19% of GDP. While India is a net exporter of services since 2004, Korea’s trade balance in services has actually worsened from US$2.4 billion in 2000 to US$6 billion in 2011.

India’s trade basket in services has remained concentrated with other commercial services (OCS), and travel and transportation accounting for 74% and 13% respectively of the total export of services in 2011. Unlike India, Korea’s trade basket has changed in the last decade with the share of OCS in total services export rising to 47.4% and transport services declining to 39.5% in 2011. The sub-sectors within OCS exports are different for both countries: Computer and Information (C&I) services accounts for a majority share in India and construction services accounts for a majority share in Korean exports. This gives rise to the possibility of trade between the two countries.

Using the Revealed Comparative Advantage (RCA) index, we identify possibilities of bilateral trade flows in these sectors. The RCA index is a ratio of the share of a product in a country’s export to the share of the product in world exports. An examination of the RCA computed using the Balassa1 indices3 (1965, 1977, 1979, 1986) indicates that India has a comparative advantage (RCA > 1) in commercial services while Korea does not (RCA 1). At a disaggregated level, India specialises in C&I while Korea specialises in transportation and construction services. This is in conformity with the export structure of the two countries.

Based on the RCA comparison above, C&I, construction, and transportation sectors have been identified as having trade possibilities for the two countries. While in the C&I sector, India is a key player in the world market on account of software, information technology (IT) and IT-enabled services (ITeS), Korea is a major player in transportation, and construction. The audio-visual sector is also discussed.

Korea has well-developed transportation and logistics infrastructure which is comparable to many OECD (Organisation for Economic Co-operation and Development) countries. It was ranked 4th and 8th in the list of top 15 leading exporters and importers respectively in transportation services in 2012, while India ranked 10th and 4th in the same categories (WTO, 2013). In terms of the UNCTAD (United Nations Conference on Trade and Development) Liner Connectivity Index, Korea had a high value of 101.7 compared to India’s 41.3 in 2012, indicating its excellent connectivity with the global shipping network. Korea was ranked 23rd in the World Bank Logistics Performance Index, while India was ranked 47th (2010), indicating a huge demand-supply gap in logistic services. Indian logistics costs are among the highest in the world at about 10-20% of GDP and 14% of the total value of goods (Planning Commission 2009).

According to the World Bank´s evaluation of customs-related administrative services for 2009, Korea was ranked 8th among 183 countries. India, on the other hand, has a complicated custom clearance system, which raises the cost of doing business considerably. India can counter this problem by collaborating with Korea to put in place a custom clearance system similar to Korea’s UNI-PASS which is a one-stop logistics information and custom clearance system enabling export clearance within 2 minutes, import clearance within 2.5 minutes, custom drawbacks within 5.2 hours and tax payment within 10 hours (Korea Trade and Investment Promotion Agency). Through the pre-declaration system in UNI-PASS, importers can obtain complete clearance before entry into the port.

In the global construction market, India is ranked 12th and accounts for 17.5% of the US$3.4 trillion global market in 2011-12. According to the Ministry of Land, Transportation, and Maritime Affairs and the Korea Institute of Construction Technology, the Korean construction industry was ranked 7th in 2012 among 23 national construction industries in terms of global competitiveness compiled by them. Korea is the second largest exporter and Korean exports amounted to around US$2 billion with a share of 17% in commercial service exports in 2013. World Bank’s Doing Business Report 2012 suggests that India is among the top countries in terms of housing and workspace needs, while it ranks 181st in construction permission process (World Bank 2011). There are 34 procedures and the average time taken is 227 day. India will have to amend its policy and improve regulatory mechanisms in order to be a preferred destination for construction services.

Audio-visual services include services and fees related to the production of motion pictures, radio and TV programmes, and musical recordings. Neither India nor Korea has a comparative advantage in personal, cultural and recreational services4. Film industries in both India (2nd largest in the world) and Korea (5th largest in the world), are well developed across the value chain from development to exhibition. The CEPA, however, focuses on audio-visual services through a separate chapter in which the two countries have agreed to sign a co-production agreement. According to the agreement, India and Korea will collaborate to produce films and audio, animation, TV programmes, etc. to strengthen cultural ties. The co-production agreement accords national treatment with concomitant of national benefits (including government support) to products of the partner country. The agreement enables not just easy access to finance but also ensures transfer of technology, investment in infrastructure and increased market access. To enhance cooperation in this sector, the Federation of Indian Chambers of Commerce and Industry (FICCI) and Korea Creative Content Agency (KCCA) jointly signed a Memorandum of Understanding (MoU) in 2011. The agreement specified that the two countries would cooperate on overseas marketing of Indian and Korean content in each country and exchange information, statistical data and expertise about the Indian and Korean content market. Further, the two would collaborate in educating and training professionals of the content industry and organise events such as seminars, conferences, stakeholder consultations, etc. This MoU is valid for five years and at the end of the period, the organisations will discuss and extend it further if required.

With opening of the global economy and advancement in IT, the significance of the service sector has increased in almost all economies, including India and Korea. This has resulted in the inclusion of this sector in many recent trade liberalisation agreements including Indo-Korea CEPA. In services, both India and Korea have undertaken liberalising commitments in 11 service sectors along with additional commitments in audio-visual, financial and telecommunication services as well as in movement of natural persons. Our analysis of the services sector shows that there are strong complementarities in services such as IT, transportation, construction, and audiovisual services. These can be accentuated by further liberalising trade and movement of natural persons. By collaborating in these areas, India and Korea can not only strengthen their trade ties but can also gain a competitive advantage in the global market.

Does the India-EU trade pact make sense for India? - II