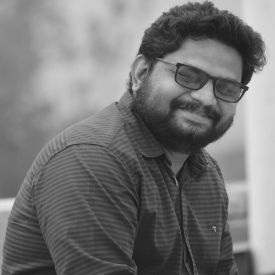 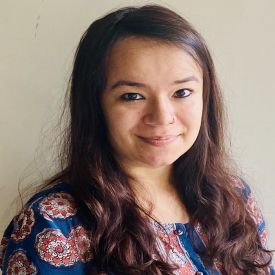 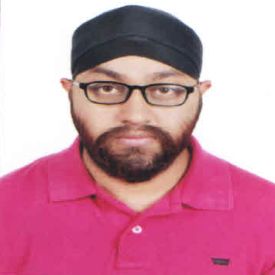 To work towards the central government’s goal of doubling farmers’ incomes by 2022, the state government of Jharkhand initiated the ‘Jharkhand Opportunities for Harnessing Rural Growth’ project in 2017. In this note, Khanuja et al. present results of a large-scale baseline survey of rural producer households that was undertaken under the project and highlight the need to facilitate the shift towards high-value agriculture.

In 2016, the Government of India announced its goal to double farmers’ incomes by 2022. This resolve resulted in farmers’ incomes taking centre stage during discussions regarding farmers’ welfare and the creation of agricultural policies at the state level. The state government of Jharkhand initiated the ‘Jharkhand Opportunities for Harnessing Rural Growth’ (JOHAR) project, in 2017, with support from the World Bank. The project aims to achieve a 50% increase in the real income of farmers between 2017 and 2023 in 68 selected blocks in 17 districts of Jharkhand. It intends to attain this by implementing interventions in a variety of rural livelihoods, such as high-value agriculture (HVA), irrigation systems, livestock, fishery, and non-timber forest produce (NTFP).

Under the project, we conducted a large-scale survey of 5.982 households from August through November 2018, which set the baseline for the project evaluation. In this note, we discuss the findings from the baseline survey and focus on 302 SHGs and 1,568 households with the ability to allocate land for HVA cultivation (landholding of one acre or more), across 13 project implementation blocks. We highlight the constraints and challenges faced by rural producer households in Jharkhand, with the capacity to practice HVA. Our findings can provide valuable learnings for stakeholders investing in rural producer collectives to improve farmers’ incomes.

In Jharkhand, a majority of cultivator households are small and marginal farmers. Paddy remains the staple food and the majority follows the process of monocropping of paddy in the kharif1 season (monsoon) (NITI Aayog, 2015). High-value crops such as fruits and vegetables have the potential to yield higher returns compared to cereals. However, our data show that 97% of the households surveyed cultivate paddy; for HVA the proportion falls to 67%, with 37% for potato, 18% for black gram, 14% for onion, and 13% for tomato. All other HVA crops are cultivated by less than 10% households. Further, allocation is limited to fragmented and small landholdings of 0.08 acre per household, thereby affecting productivity and resource-use efficiency.

Cultivation is largely limited to kharif season (99% households) with declining proportions in the rabi season (winter) (47% households) and the summer season (14% households). Further, average cultivated areas in rabi and summer remain low, leading to low cropping intensity, which means a low proportion of net sown area is cropped more than once in an agricultural year.

Lack of irrigation is a major impediment in the cultivation of vegetables in Jharkhand, followed by lack of information and knowledge (Haque et al. 2010). Our data show that 41% of cultivator households have some form of irrigation and of the cultivated land, 32% is irrigated. In addition, households with cultivable area in the midland and upland areas are more likely to take up HVA if they have access to irrigation. This could increase current average cropping intensity from 110% to 193%, hence increasing the number of crops cultivated in a year.

More availability of irrigation facilities can promote multi-season cropping and the production of HVA crops. However, the impact on incomes may be limited due to large productivity differentials observed among households for both HVA and non-HVA crops (Figure 1) at baseline.

Acidic nature of soil, low availability of soil nutrients, traditional farming practices, scanty rainfall, and long dry spells are some of the reasons for productivity differences. The difference in productivity is also due to land topography and choice of seeds (NITI Aayog, 2015) (Figure 2), suggesting that there is scope to enhance productivity by evolving production decisions.

This can be done by adopting an improved package of practices that recommends suitable high-yielding varieties, and nutrition and disease management for each crop.

How collectivisation can help

Baseline findings indicate that majority of the farmers purchase productive inputs like seeds, fertilisers, etc. directly from dealers. This absorbs 45% of their gross income. FPOs can play an important role in reducing these costs by collective purchase of inputs at a lower rate than individual purchase. However, it is crucial for FPOs to ensure purchase of high-quality seeds, and to develop trust among farmers.

The benefits of improved production and lower costs would diminish if not marketed at the right time and at the best prices. Farmers in Jharkhand face issues of perishability, exploitative practices by intermediaries, high transportation and marketing costs, and poor market access to sell vegetables (Shankar et al. 2017). Baseline findings suggest farmers are realising better prices for tomato and green peas in block markets than in village markets. High marketing cost and lack of access reduce the proportion of households selling in block markets. Higher production in the future may lead to a glut in village markets and farmers may resort to distress sales, further reducing sales value.

Collective sale of produce through FPOs can reduce marketing and transportation costs and provide an assured market with better prices based on market demand. FPOs require a minimum surplus for effective marketing, for which farmers should focus on a limited crop basket and synchronise sowing and harvesting. In summary, adopting improved production decisions and collectivisation can lead to better productivity and higher net incomes.

The change in production decisions can be initiated through training and capacity-building of farmers. Our data show that less than 4% of the surveyed households received any skill training in the past three years. Effective adoption of improved practices as well as collectivisation requires experiential learning through demonstrations, farmer field schools, and regular hand-holding. Additionally, half of the households encountered adverse climate conditions in the past five years including drought (49%), low rainfall (42%), heavy rainfall (23%), and plant diseases (15%). Less than 1% households received training or adopted farm-level practices to manage climate related stresses, which pose potential risks to income and investments. Hence, training on new practices like drought-tolerant crops and varieties, and water and disease management should be imparted to improve productivity and climate resilience.

Amid increasing climate vagaries, the risk of investing only in one livelihood activity is very high. Diversification to allied agricultural activities like livestock and NTFP can reduce vulnerability. There is significant scope for improving income through livestock-rearing as majority of households own livestock but only half of them earn from it or use it for self-consumption. However, inadequate knowledge of scientific management practices, compounded by lack of formal training – especially among women – prohibit livestock rearing from becoming a profitable economic activity (Raksha 2016). Less than 10% of the households are engaged in collection or cultivation and processing of non-timber forest produce, providing ample opportunity to increase income (Singh and Quli 2011).

Lastly, access to timely availability of credit is a prerequisite for farmers to take up cost-intensive HVA. One-sixth of the surveyed households had an outstanding loan or had paid off a loan during the 12-month period prior to the survey. Only one-third of these loans are being utilised for farm assets. Half of the households avail loans from SHGs, highlighting the maturity of community institution platforms. However, the average prescribed amount of savings per member are modest, and in only one-third of instances, savings are loaned out immediately.

Figure 3. What is usually done with collected savings?

The key insights from the baseline survey highlight a significant scope in improving farmers’ incomes in Jharkhand by shifting focus towards HVA. However, this needs to be supplemented by irrigation facilities, promotion of better production decisions and collectivisation.

Recently the central government of India passed two farm acts allowing barrier-free inter- and intra-state trade of farmers’ produce, and permitting farmers to engage with sponsors of their choice. This makes the role of FPOs even more vital. By channelising the collective produce to competitive locations as well as using improved bargaining power to engage with large buyers, FPOs can play an important role in facilitating farmers’ interests.

However, collectivisation must be further boosted with training and capacity-building of farmers as well as building climate resilience through effective learning methods. Timely availability of credit to undertake cost-intensive HVA is required to strengthen behaviour change.

Finally, vulnerabilities should be reduced by diversifying towards other allied activities available like livestock and non-timber forest produce.