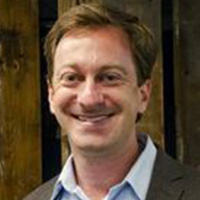 Central tax revenues will now be shared among states not just on the basis of population, area, and income, but also forest cover. In this article, Jonah Busch, an environmental economist at the Center for Global Development, contends that the fiscal reform has the potential to become quite a potent climate instrument. It can serve as an example for other countries with similar tax revenue distribution systems and high rates of deforestation.

India just did something big for the climate: it announced that it will allocate US$6 billion a year in tax revenue in a way that will encourage forest conservation. That’s more results-based finance for forest conservation than any other country in the world, including the current biggest spender Norway.

Here’s how it will work: every year India’s central government collects about US$200 billion in taxes. From that sum it then passes along about US$60 billion to the 29 state governments. Following recommendations by India’s 14th Finance Commission, Parliament, in February, accepted a watershed reform that not only increases the size of transfers to states from US$60 billion to US$80 billion, but also changes how this tax revenue is distributed between states.

The reform changes the “horizontal devolution” formula so that the pie will now – for the first time – be shared between states not just on the basis of population, area, and income, but also forest cover1. 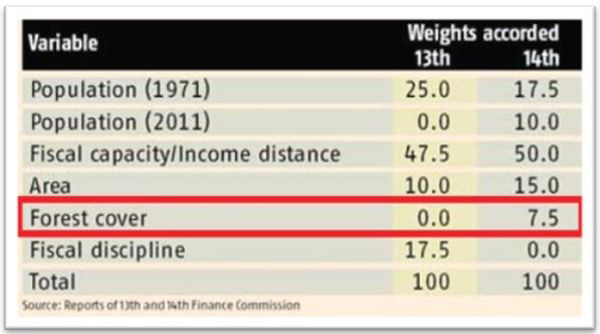 States’ share of tax revenue will now depend on how much forest they have maintained, as monitored by India’s 2013 Forest Survey. When the formula is recalculated in five years, states can expect their share of tax revenue to go up or down based on how much forest they have conserved or replanted. This means that the tax revenue distribution reform is not only a radical transformation of centre-state relations, as my colleague Anit Mukherjee describes; it’s also a big, albeit stealthy, climate move.

Forests are a safe, natural carbon-capture-and-storage system for reducing climate change. Burning one square mile of tropical rainforest emits as much carbon pollution to the atmosphere as driving a typical American car to the sun and back, twice (Seymour and Busch 2014). And forests contribute to cleaner water, more food, more hydroelectricity, and safer towns and infrastructure (see my video below). So when India protects its forests, it protects the climate and promotes development.

And the incentive to protect and restore forests in India just went up — a lot. The amount of tax revenue that will go to Indian states on the basis of forest cover works out to roughly US$6 billion per year. This means that India’s central government just surpassed Norway as the world’s largest results-based funder of forest conservation, by an order of magnitude. Since 2008 the generous Norwegians have offered around US$3 billion total (Norman and Nakhooda 2014) for reducing emissions from deforestation (Reducing Emissions through Deforestation and Forest Degradation (REDD+))2, through international agreements with Brazil (Birdsall et al. 2014) , Indonesia (Seymour at al. 2015), Guyana (Busch and Birdsall 2014), and others. Finance for REDD+ from other rich countries has been lower and slower. India’s impressive financial commitment hardly lets rich countries off the hook for their promised finance for REDD+; rather it raises the bar.

India’s new tax revenue apportionment formula has the potential to become quite a potent climate instrument. India reports that its regrowing forests remove more than 200 million tons of carbon dioxide from the atmosphere every year, offsetting about 15% of its greenhouse gas emissions from other sectors. We can expect this number to grow under the new fiscal arrangement.

Furthermore, the new tax revenue distribution formula will coalesce politicians’ and bureaucrats’ attention on forest cover. Shared focus on a single indicator may matter as much or more for success as the financial incentive itself, according to new research on government-to-government performance-based payments by my colleagues Bill Savedoff and Rita Perakis. A US$6 billion pie for forest cover ought to get a lot of politicians’ attention.

The tax revenue distribution reform accepted by Parliament recognises climate protection as a public good and fiscal policy as a tool for balancing this public good with economic growth:

“We recognise that States have an additional responsibility towards management of environment and climate change, while creating conditions for sustainable economic growth and development. Of these complex and multidimensional issues, we have addressed a key aspect, namely, forest cover, in the devolution formula. We believe that a large forest cover provides huge ecological benefits, but there is also an opportunity cost in terms of area not available for other economic activities and this also serves as an important indicator of fiscal disability. We have assigned 7.5 per cent weight to the forest cover.”

India has shown that smart tax policy can be smart environmental policy. The gauntlet has been thrown. Countries with similar tax revenue distribution systems and high rates of deforestation, like Indonesia, should look closely at India’s example of fiscal reform as an environmental instrument. And so, for that matter, should the United States: putting a price on carbon using a carbon tax or cap-and-trade system can fight climate change while reapportioning the tax burden more efficiently.

In the meantime, India has just given climate, forests, and everyone who depends on them something big to celebrate.

This article first appeared on the Center for Global Development Blog.