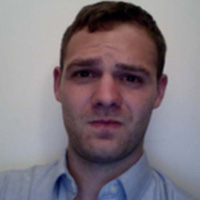 Rapid urbanisation in developing countries is aggravating the issue of insufficient access to energy for basic needs such as lighting. This column discusses lessons from an experiment in Bihar wherein street vendors were provided solar-powered lights, the batteries of which were charged at centralised stations installed in urban marketplaces. Based on problems encountered in terms of the mode and cost of operation, it suggests that the provision of electric grid connections, with stand-alone solar lights as backup, may be a better approach.

With rapid urbanisation across the developing world, the phenomenon of urban energy poverty1 is becoming increasingly significant. Urban planners face major difficulties in providing growing urban populations with basic energy access, such as electricity for lighting. Much of the urban growth is concentrated in slums with poor infrastructure, and most urban dwellers in developing countries are employed in the informal economy. In India for example, as of 2013, over 65 million people reside in slums (Census of India), and as many as 400 million Indians work in the informal sector. In addition to the low quality of housing and basic facilities among the urban poor, the lack of property rights raises barriers to better energy access by preventing citizens from registering and investing in improvements to their properties and businesses.

In this context, we seek to investigate whether the provision of solar power to small-scale entrepreneurs can help reduce urban energy poverty. We partnered with an NGO (non-governmental organisation) Nidan to provide solar-powered portable lights to 500 urban street vendors (selling a variety of goods such as fruits and vegetables, textiles, and household goods) in Patna, the capital city of the state of Bihar. Centralised charging stations were set up in urban marketplaces where the vendors could charge the batteries of their portable lights using solar power. Each centralised charging station was meant to serve a cluster of about 25 vendors. The technology was provided by a local company, PowerGreen Renewables, and the centralised stations were operated by local entrepreneurs (one for each marketplace). Starting in April 2014, we conducted a Randomised Controlled Trial (RCT) in an attempt to compare business-related outcomes (such as revenue, profitability etc.) and patterns of energy usage of the 500 vendors that were offered solar power with 500 vendors in a ‘control group’ that did not have access to solar power (Szakonyi and Urpelainen 2015). 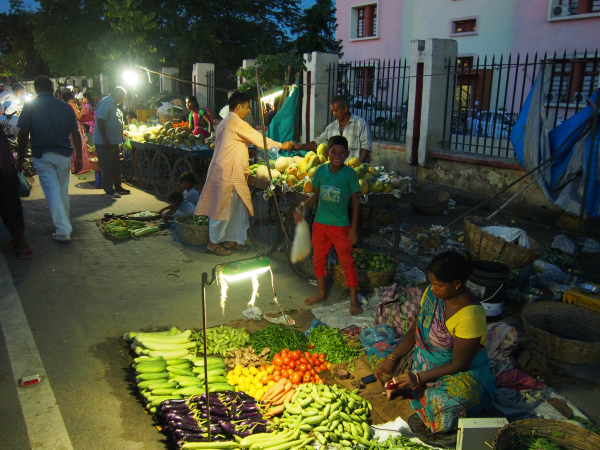 We began with a baseline survey of a random sample of 1,000 vendors in 24 marketplaces in Patna and the satellite town of Hajipur. The baseline confirmed that the study population of urban street vendors is deprived, and provided a motivation for the intervention - only 64% of the vendors were literate, and 67% reported being vendors simply because they had no other livelihood options. Many vendors were using kerosene and liquefied petroleum gas (LPG) lamps prior to the intervention, while others had access to diesel generators. The average daily lighting expenditure was above Rs. 10 per day, and 80% of the vendors considered improved lighting a top priority for enhancing their business. In other words, the vendors paid a high daily price for an inadequate lighting solution.

After the baseline was finished, we began setting up centralised charging stations in a randomly chosen group of marketplaces. Over a period of six months, we faced many challenges with the centralised charging station model. Of the 10 marketplaces that we approached, we were only able to set up and successfully operate a station in three. Even in these three marketplaces, the daily cost of solar lighting to the vendors was Rs. 15, a price that was subsidised by the intervention. While the quality of lighting improved, the cost did not decrease for most vendors. Of the 500 vendors to whom solar power was offered, about 25%, or about 100 vendors, chose to adopt. The reason for the unexpectedly high cost was the need to cover not only the costs of installing the solar technology in the marketplace, but also the daily operating cost of the local entrepreneurs, who collected payments from vendors and maintained the systems in each marketplace.

In one of the seven marketplaces where we were unable to set up a station, a station was initially set up but had to be dismantled because the concerned local entrepreneur neglected his responsibilities. In the other six marketplaces, we faced four key obstacles in setting up stations:

If the charging stations had been unambiguously and significantly superior to diesel generators in terms of both wattage and potential profitability, we believe these problems could have been overcome. However, the incremental benefits of solar power were not sufficient to offset the high transaction costs of operating the centralised charging stations. As a result, we decided to stop the intervention.

Since the problems with the centralised charging station model were associated with the mode and costs of operation, as opposed to solar power itself, we are now experimenting with another intervention. We are now selling standalone solar lights with individual batteries and solar panels to charge them, at Rs. 2,000 per system to a randomly sampled treatment group of approximately 200 vendors in Patna (vendors are allowed to pay in installments). This revised intervention is at the early stages (begun in August 2014), but so far we have managed to avoid the aforementioned problems. The standalone devices are not considered a major threat to the business of local strongmen, no local entrepreneur is required, vendors are taking better care of the devices since they own them, and there is no need to locate sites for large solar panels.

Electric grid connections may be preferable for street vendors

The general lessons from this intervention are threefold. First, although seemingly appealing, the centralised charging station model carries hidden transaction costs that have not been identified in previous research (Yaqoot et al. 2014). Second, there is a world of difference between energy poverty interventions in rural and urban contexts. In our experience, the urban context features a more complex set of informal rules, power relations, and vested interests (as compared to rural areas) that have to be considered in the design of interventions. Finally, municipal corporations in Patna and elsewhere should give serious consideration to the possibility of providing street vendors with regular electric grid connections. Since the electricity grid already exists in some of the marketplaces we studied, the marginal cost of extending electricity access is lower than in many rural areas. For such an intervention, the main challenge would be to register and formalise the currently informal street vendors so that they could pay a monthly fee for their basic electricity access. Solar power then emerges as an ideal backup solution for when the electricity grid fails to function properly.

I think solar energy is a gift to mankind and want to learn more and more about it. My vision is to be a part of utilising solar energy for a good cause and help in taking it to places where other forms of energy cannot be reached or afford.