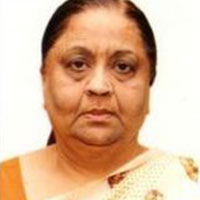 In this article, Naini Jayaseelan, former Secretary, Environment, Government of National Capital Territory of Delhi, contends that mega cities in South and South-East Asia offer huge opportunities for climate change mitigation via improvements in efficiency in power, transport, and water and sanitation infrastructure.

The entire focus of the world’s response to climate change has so far been on nation States. Until the Paris Accord and the recently concluded Kigali Agreement, the inability of nation States in brokering agreement resulted in inadequate positive action. This is amply borne out by the increase in both the duration and frequency of extreme climatic events. It is only now that the emphasis of the climate change debate is shifting to cities, in .

Cities cover less than 2% of the earth’s surface, but they consume 78% of the world’s energy. The International Energy Agency (IEA, 2008) estimates urban areas currently account for over 71% of energy-related Global Greenhouse Gases (GHGs), particularly Carbon Dioxide (CO₂) and other non-CO₂ GHG emissions, mainly through concentrated and increased resource consumption of energy by transport, industry, and biomass use. This percentage is expected to rise to 76% by 2030. Thus, there is urban contribution towards global warming. As long as the present trend of urbanisation continues, it is unlikely that energy and fossil fuel consumption of cities and the resultant emission would decrease.

Most (population over 10 million) have been built along coasts and/or river banks and therefore, are particularly vulnerable to climate-change effects. Increase in sea level and large storm surges the crucial infrastructure of , and the financial effects of major disruptions are far more disastrous than the physical destruction.

In addition, rising sea levels and extreme climate events as a consequence of global warming will also impact agriculture, water resources, and fisheries, which in turn will impact cities. Cities will have to bear the brunt of not only physical catastrophes in the form of stressed water resources and sewage systems but also availability of agricultural produce and higher prices. The IPCC 2007 report indicates a probability of 10-40% loss in crop production in India with increases in temperatures by 2080-2100 (as cited in Javeed and Manuhaar 2013). Hence, climate change will exacerbate urban pressures of rapid population growth and sprawl, poverty, and pollution.

Moreover, among the fastest growing cities, as many as 40 are located in Asia (20 in China alone) having an average rate of growth as high as 6%. During the next decade, several of the biggest cities in South Asia including Mumbai, Kolkata, Chennai in India; Dhaka in Bangladesh; and Karachi in Pakistan will rank amongst the largest in the world. Asian have expanded functionally in a metropolitan region and tend to form huge ‘mega urban regions’1. Therefore, not only is Asia home to the largest number of and regions, the continent continues to urbanise fast and has the largest number of fastest growing cities.

In cities, the power and transport sectors are the major generators of GHG emissions, particularly CO₂. In many South Asian cities, dependence on thermal power plants using coal with a high ash and sulphur content has made them the largest emitters of CO₂. Public transport is inadequate and has virtually no first- and last-mile connectivity. Hence, the dependence on private vehicles has been rising, making the transport sector a major CO₂ emitter in . In the transport our solutions have led to increased energy consumption, higher dependence on fossil fuels, and extensive travel. Concerted action on of the transport sector with land use planning and transit-oriented development to reduce GHG emissions has rarely been the subject matter of debate within municipal corporations or even development authorities specifically charged with this mandate. The irony is that enough examples from the developing world are available: Bogota in and Curitiba in Brazil.

Water and sanitation sectors also generate a large amount of non-CO₂ GHGs emissions like methane which is classified as Short-lived climate pollutant (SLCP). Enough empirical evidence also exists to prove that methane is 25 times more potent than CO₂ as a GHG. Methane from sewage treatment plants (STPs) and landfills is usually flared but has rarely been considered as an energy resource.

Cities in South and South-East Asia, which are emerging as and are currently viewed as environmental hotspots, actually offer huge possibilities and opportunities for improvements in efficiency in the power, transport and water and sanitation infrastructure for the mitigation of both CO₂ and non-CO₂ GHG emissions responsible for global warming and climate change. Cities have enormous potential to be the centres of innovations to deliver solutions for mitigation. The case for an efficient public transport system, and for efficient working of sewerage systems, STPs and landfills in cities is, therefore, far more compelling for cities in South and South-East Asia today than it was for cities in East Asia half a century ago.

It is absolutely clear that unless and until each city begins to worry obsessively about climate change and improves efficiency in the power, transport and water and sanitation sectors, it may not be able to save the very resources of its sustenance, that is, its own rivers, water supply, quality of air, and green cover. Arguably, the biggest challenge in cities is also the biggest opportunity in forging links with global climate change. The immense opportunities for stabilisation of GHG emissions can have an immediate impact on mitigating climate change. Climate change is hence, a reason to promote a sustainable urbanisation pattern and transform the transport, power, and water and sanitation sectors.

However, the entire focus on nation States and not has resulted in misplaced responsibility wherein the municipalities of have not been involved in climate change mitigation. The mayors and the municipal commissioners of these have to become the of positive action in the fight against climate change. It is only by focussing on cities in Asia that we can protect the cities and the people that are most vulnerable to climate change.