Assessing the quality and usefulness of MNREGA assets in Maharashtra 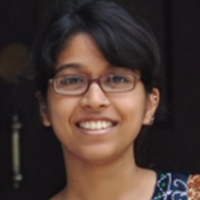 Questions have been raised regarding the quality and usefulness of assets created under MNREGA. To examine the validity of the scepticism, this column reports results from a study of MNREGA assets in Maharashtra. While the assets are largely found to be useful and durable, the study suggests that greater attention to design and maintenance, and local participation in the decision-making process can lead to further improvement.

The Mahatma Gandhi National Rural Employment Guarantee Act (MNREGA) is most often thought of as a poverty alleviation scheme that guarantees each rural household a 100 days of unskilled work at a prescribed wage. The fact that it also derives its legitimacy in part from being an asset creation programme is often overlooked. When it is not, there is a widespread belief that works created under MNREGA are of dubious usefulness. We undertook a study of MNREGA in Maharashtra to examine the validity of this perception by verifying the existence of assets supposed to have been constructed as part of MNREGA, and by eliciting user perceptions on a range of issues regarding the usefulness/ impact of these assets (Narayanan, Ranaware, Das and Kulkarni 2014).

We covered 20 of the 33 districts in Maharashtra1; in each of the 20 districts, the block with the highest programme expenditures in 2012-13 was selected. Within each of the 20 blocks selected, five Gram Panchayats (GPs) were included for the survey; these five GPs were the best performers in terms of the cumulative number of works created and completed under MNREGA during 2010-13. The sample of GPs comprises 5% of the completed works in Maharashtra for the period 2010-13.

Within the selected top-performing sample GPs, the survey considered all works completed works on or after 1 January 2010 and up to 31 December 2013.The rationale for choosing a three-year period for the survey was to be able to capture a combination of new and relatively old works. This allows us to ascertain their durability (or non-durability, as the case may be) of works and also ensure that the works have had time to yield benefits (in the case of horticulture and afforestation), if at all.

For works on private lands, the household of the owner of the land or that of the one who operates it was considered as the beneficiary household. In the case of these works, only one beneficiary household was surveyed per asset. For works on common property, the two households that were either located closest to the asset or possessed or operated the land located closest to the asset were interviewed. Accordingly, 4,881 households, who were the users of the sample MNREGA works, were surveyed in February and March, 20142.

How many MNREGA works actually exist?

According to administrative data 5,265 works were completed under MNREGA between 1 January 2010 and 31 December 2013, in the sample GPs. Out of these only 4,266 were assigned to the survey teams for verification due to logistical and other constraints. Of the 4,266 sample works purportedly created under the MNREGA in the sample GPs, the survey teams verified that close to 87% existed and were in use. Of these, 43% are “largely public” works while 57% are “largely private” works. Of those that remained unverified, the teams were unable to reach some of them (accounting for 0.06% of surveyed works) owing to paucity of time or to difficulties in reaching the location of the asset. It was only for 5.2% of MNREGA works assigned for the survey that the enumerators were able to confirm that they did not exist at the time of the survey. This includes both works that had not existed at all and those that existed at some point of time but were damaged either in floods or due to other reasons, suggesting that some, though by no means a majority, of works are non-durable. This however includes works that are intended to be temporary. For example, nurseries face a natural process of maturation. Another example is the bori-bandh, which are low-cost, temporary sandbag structures used for seasonal water storage.

A few other works (3.8%) had been identified as two separate works in the government records. This is due to three potential reasons. First, these could be coding errors during the data-entry process. Second, a single large work, constructed in parts, could have been counted as multiple works. Third, the entry could have been part of a strategy for siphoning off funds. It is impossible to disentangle these three possibilities. For a further 3.8% of the works, the status is unknown - all of them on account of errors in coding, missing data and unclear entries. It is difficult therefore to say with certainty how many of the surveyed works are in fact “missing”. It is clear however that in the sample GPs most of the MNREGA works do exist and are functional.

Who benefits and how?

A majority of the works undertaken, around 75% explicitly supports agricultural activities, via land levelling, horticulture and water conservation and harvesting works on public lands. The remaining works include roads, some of which implicitly support agriculture as well. In the context of criticisms of the MNREGA, it is apparent that Maharashtra’s MNREGA is supportive of agriculture.

Of the beneficiaries surveyed, 96% stated that their main occupation was in fact agriculture, either as cultivators or workers; the median landholding size was 1.62 hectares. This strongly suggests that MNREGA works are more likely than not used by small and marginal farmers. Importantly, development of private agricultural lands seems targeted at small and marginal farmers, accounting for 75% of beneficiaries of this type of work. Horticultural works seem to favour the better endowed farmers, with only 41% owning 2 hectares or less land. While private land development seems more inclusive of small farmers than horticultural works, the pattern is reversed when it comes to the proportion of beneficiaries from marginalised communities. It appears that private land development is far less likely to benefit households belonging to Scheduled Caste (SC) /Scheduled Tribe (ST)/ Other Backward Classes (OBC) than do horticultural works. About 37% of beneficiaries in the former are from SC/ST/OBC as compared to 73% for the latter. Both for horticulture and land development works there appears to be very poor awareness of the eligibility criteria. The beneficiaries for works such as roads and afforestation were more diverse as one would expect; they also have a larger reach in terms of the extent of benefits.

A key finding of the survey is that the works represent substantive additions to the existing resource base and infrastructure in the survey areas. Roads have been built where there were none, forests have replaced scrub vegetation, water conservation and harvesting structures have emerged where water has never come easy. Given the state of rural infrastructure, this aspect of the MNREGA cannot be overemphasised. The assets are associated with a wide range of impacts. Overall, a resounding 91% of all respondents claim that the work was either “somewhat useful” or “very useful”. A similar proportion also suggests that their lives had improved on account of the MNREGA asset. That only half of all respondents claimed that the work was very useful is suggestive of the scope that exists for improvement. Works largely on private lands have a much higher proportion reporting that the assets were very useful (63%) as compared to respondents for works on public lands (40%). Oddly enough, horticultural works that were implemented with acclaim in the earlier version of the scheme (Maharashtra Employment Guarantee Scheme implemented back in 1972) in Maharashtra appear to do less well in the new context (MNREGA), with people citing high maintenance and labour costs, despite the possibility of enhanced earnings. In contrast, land development and rural connectivity seem to score more in terms of the perceived usefulness and transformative potential. Further, it is evident that a majority of the respondents are judged (by our survey teams) to be likely to varying degrees to leverage MNREGA to enhance their livelihood opportunities. This is one of the more resonating findings of the survey.

In terms of impact, each asset on a private land impacts 3.5 acres with an equal extent benefitting from positive spillovers. Each water work on common lands impacts seven acres of private land, on average, and for every acre impacted, there are two acres of other peoples’ land that also benefits. There is also a clear perception that water availability has increased.

Questions of quality and maintenance

There is limited evidence that MNREGA works face neglect and fall into disrepair. As many as 16% of the users suggest that the work has been repaired once and most report that the assets created are of acceptable condition or better (90% of all respondents). It is telling however that this is evenly divided between those who feel assets are good quality or excellent and those who only find it of sufficient quality. While the need for repairs is indicative of perhaps inadequate attention to matters of quality and durability, it also suggests that there is interest in maintaining the functionality of the asset. Those who felt the assets were not useful mostly claimed that the design was faulty. However, even among those who found the assets useful felt sometimes that the design was faulty, or that the size that was too large or too small, or simply felt that the work was incomplete. This is an area where there is considerable scope for improvement.

An interesting, but perhaps unsurprising finding of the survey is the strong positive association between the perceived usefulness of assets, and the extent to which respondents believe they played a role in the decision-making process/ the mode by which decisions were taken (respondents play a key role when the decision is taking in Gram Sabhas; the role is reduced if the decision is taken by the Panchayat, and further reduced at the government functionaries level). It is apparent that where the decision-making rests with the community and where respondents feel they played a role, assets are rated not only as more useful but as being instrumental in improving their lives than otherwise. One crosscutting pattern is that works on private lands are rated as being in relatively better condition and more useful relative to those on common lands. Works on private lands have natural custodians who have a stake in ensuring the maintenance of the asset. It is also the case that the choice of the asset would have been such that they are the most useful among possible ones for the household in question. The maintenance of public assets created under the MNREGA ought to be an area of concern.

Overall, there are many common conceptions of MNREGA that this study speaks to. MNREGA is perceived to be anti-farmer because it employs workers in large numbers, leaving fewer workers to work on farms. However, the survey suggests that it benefits farmers, overwhelmingly the small and marginal through the assets that are created. The widespread perception that MNREGA does not create anything productive or that many works exist only on paper appears to be seriously misplaced in the context of the sample villages. In terms of impact, most of the assets are found to be useful in some sense. Another perception, that MNREGA assets are not durable, is not entirely true either. There is merit, however, in the argument that greater attention to design and maintenance can go a long way in improving works that are currently only of acceptable quality. Given our finding that MNREGA assets, where the villagers had a role in the decision-making process are perceived to be more useful greater local participation in selection of works would help foster custodianship in the communities where assets are created.