Child malnutrition: Why wealth isn't the only problem 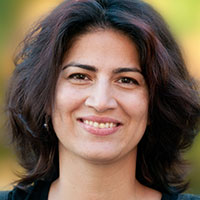 Why does child malnutrition persist in India? This column argues that the reason is not limited to poverty or inadequate access to food; but that a lack of knowledge about healthy nutrition plays a vital role.

Impressive growth performance and rising prosperity over the last three decades has not alleviated the widespread child malnutrition in India. India is home to 42% of the world’s underweight children and 31% of the world’s stunted children. Childhood malnutrition is a serious problem that leads to severe health problems in children, and can also lead to irreversible physical and cognitive damages in adolescence, such as increased risk of coronary heart disease, lower intellectual ability, and poor reproductive performance (Barker et al. 2005). The intergenerational effect of child malnutrition is well established among social scientists; a mother’s birth weight and poor growth in early infancy not only determines her survival and long-term health, but also increases the likelihood of her child having a low birth weight and decreases the child’s chance of survival (Horta et al. 2008).

Three standard measures of physical growth are used to describe the nutritional status of a child: weight-for-age (underweight), height-for-age (stunting), and weight-for-height (wasting). Underweight is caused by an inadequate caloric intake that could be made up by an adequate diet later on, whereas stunting represents the long-term effects of malnutrition in a population and does not vary according to recent dietary intake. The most severe status is wasting (or thinness) that typically indicates a severe process of weight loss, and which is often associated with acute starvation and/or severe disease.

Each of the three measures is expressed by how far away a child is from the median of the ‘reference’ population. The International Reference Population, released by the World Health Organization (WHO) in April 2006, is mostly used for the comparison (WHO Multicenter Growth Reference Study Group, 2006). World Health Organization indicators are universally accepted and also used by the Government of India.

India’s performance according to the indicators has been extremely poor. An alarming 43% of children under three-years of age are stunted, 48% are underweight, and 17% of children are wasted. Sceptics have argued that the anthropometric measures of Indian children should not be compared with the reference group provided by the WHO, because of the largely unsupported belief that Indian children are shorter and lighter than the sample used by the WHO. But this argument is groundless since the WHO included children from India in its 2006 reference population. The WHO’s 2006 standard is based on children of non-smoking mothers, from around the world (Brazil, Ghana, India, Norway, Oman, and the US) who are raised in healthy environments and fed according to recommended feeding practices (breastfeeding for the first six months and appropriate complementary feeding from 6 to 23 months).

Even though Indian children are part of the WHO’s reference group, half the child population in the country is below the average. For example, in the case of wasting, which is measured by a weight-for-height ratio, provided that no severe food shortage is present, the prevalence of wasting is usually below 5%, even in poor countries. The Indian subcontinent is an appalling exception, with prevalence rates being as high as 17%.

The immediate causes of malnutrition (diet and illness) are interwoven: a severe illness can cause children to be malnourished, which then reduces their immunity, and children that lack a proper diet have a lower immunity and are more likely to fall prey to infections. The underlying factors for poor diet and illness are: affordability and access to food, nutritionally adequate feeding practices, and proper healthcare (Saha 2008). In my research, I have emphasised and verified the importance of poor feeding practices in infancy to explain chronic child malnutrition in India (Malhotra 2012b). Poverty is of course a contributor to poor feeding practices, but it is neither the sole reason for the situation nor the most significant reason. Moreover, nutrition education and information has been found to be more important than other socio-economic factors.

According to current Indian National Guidelines on Infant and Young Child Feeding practices (IYCF), which is comparable to the WHO recommendations, the introduction of solid or semi-solid food at around six months of age is crucial, since breast milk alone would no longer be sufficient for maintaining a child’s optimal growth. They recommend cereals, pulses, vegetables particularly green leafy vegetables, fruits, milk and milk products, egg, meat and fish (if non-vegetarian), oil/ghee, sugar and iodised salt in addition to breastfeeding (MOWCD 2006). Timely introduction of complementary food from various food groups is an important aspect in a child’s diet. Diet from a large number of food groups has been linked to improved nutrition status in children (Arimond and Ruel 2004).

In the case of India, breastfeeding is nearly universal, with 96% of children under age five being breastfed. Nevertheless, prolonged delays occur in the introduction of complementary food to children. Even at eight months of age, almost half of the breastfeeding children are not given any solid or semi-solid food, and almost none are fed from an adequate number of food groups. Among the 10-month olds, 17% of the infants are only given breast milk; and the remaining 10-month olds, who consume complementary food, only half get food from sufficient (three or more) food groups a sufficient number of times (three or more per day).

My research (based on the latest National family health survey 2005-06) has confirmed that the overall poor feeding practices of children in India are responsible for much of the stunting and wasting (Malhotra 2012b). The incidence of childhood malnutrition increases in the population during the time of delay. Adhering to the national guidelines on child feeding, from the Government of India, makes a significant difference to the anthropometric measures of child malnutrition. Even when ignoring the WHO’s reference population within the Indian population, the mean and the distribution of scores for underweight and stunting lies to the right (i.e., higher values) for children fed according to the guidelines (see Malhotra 2012b).

The main underlying questions are: why are infants and children not fed appropriately – why are they underfed and, at times, starved of solid and semi-solid foods? Clearly, food affordability can be a major constraint on families; however, in India, even families that are in the top 20% by income, use undesirable nutrition practices, which suggests that a lack of nutrition information may be a strong factor leading to the children’s nutrition status.

According to the NFHS III, across all wealth classes, mothers who have discussed nutrition with their health workers, including Anganwadi workers, were more likely to follow the Indian government’s guidelines while feeding their children. Moreover, nutrition information and advice offered by Anganwadi workers and other health professionals significantly improved the feeding practices. These results also highlight the success of Anganwadi centres (set up by the Indian government under the integrated child development services to take care of the health needs of children and mothers) in achieving one of their major goals; nutrition and health education for women in the 15-49 age group.

The effect of the media, especially the frequency of listening to the radio, was positively related to sound feeding practices, which is not surprising since the mass media is the primary channel for the Ministry of Women and Child Development (Government of India) for delivering nutrition education. In 2006, major steps were taken with the launch of advertising campaigns on nutrition issues: a 30-espisode sponsored radio programme was broadcast in 20 regional languages, and wall calendars on nutrition were widely distributed across the country.

Wealth is not a major determinant of adequate feeding of children, and does not seem to determine whether or not children in the 6-8 month age group are offered complementary solid or semi-solid food or more balanced diets from more food groups, though information on nutrition seems to play a significant role. This finding emphasises the need to counsel and educate mothers about children’s nutritional needs and appropriate feeding practices in accordance with the Indian National Guidelines. Although wealth was found to be important among the older children (9-18 months), nutrition information was still a significant determinant for this age group (see Malhotra 2012).

Nutrition advice on feeding infants and children provided by health professionals is shown to be strongly correlated with improved feeding practices across all age groups. If information about feeding children is the key obstacle to improving nutrition, then there is hope; it will be easier to resolve the problem of scarce information than to resolve the problem of acute poverty. For this to happen, extensive intervention is needed to educate families about how to properly feed their children. This should be done at multiple levels, and nutrition education should also be made an integral part of primary and secondary education.