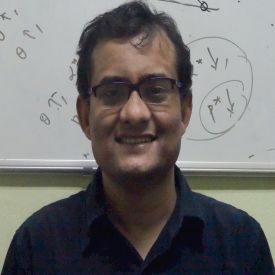 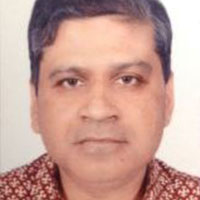 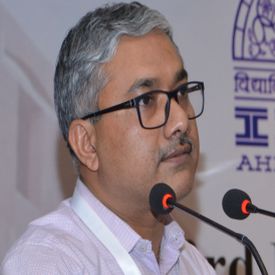 A discussion of the association between corruption in economies and leakage through illicit outward flows – with important implications for welfare – is missing in the literature. Based on a theoretical framework, this article analyses how policies for controlling corruption, such as the licensing fee, are influenced by the propensity for proceeds from corruption to leak out of the economy.

Corruption and bribery retards economic growth (Mauro 1995) by discouraging investment, and inducing policies that promote income inequality (Gupta et al. 2002). A discussion of the association between corruption in economies and leakage through illicit outward flows – with important implications for welfare – is missing in the literature. An example of leakage enabled by corruption is petty officials dispersed over a wide geographical area – such as those manning police stations or customs check posts, or issuing business permits – exacting bribes and turning over significant fractions of their loot to higher level bureaucrats who in turn park this substantial illegal revenue outside the country through illicit channels.1

Data on illicit outward flows (Global Financial Integrity, 2019) and perception of corruption point to leakage being a key probable consequence of corruption. Merger of these two datasets reveals that countries like India, Bangladesh, Philippines, Nigeria, South Africa, Brazil, and Colombia, which are characterised by high levels of corruption, also recorded over US$5 billion each in such outward flows in 2015.

The highlighted gap in the literature motivated us to look at how policies for controlling corruption – for instance, the official pricing of licenses – are influenced by the propensity for proceeds from corruption to leak out of the economy. In this article, we provide an intuitive elucidation of the main findings of our theoretical framework (Mukherjee et al. 2020) and the emerging policy recommendations.

We assume that the government does not undertake expensive and logistically cumbersome monitoring of bureaucrats. Instead, it uses official pricing of licenses as a tool to curb corruption. As the government raises the licensing fee to higher levels above the cost of provision, it reduces the surplus accruing to an entering entrepreneur. This in turn reduces the surplus that bureaucrats can tap in through bribery. However, the rising cost of entrepreneurship also reduces the number of people who become entrepreneurs. Thus, it is difficult to decouple the benefit from reduced corruption and the welfare loss from lower entrepreneurship and the government needs to exercise caution in using such a lever to control corruption. Note that throughout our model, we measure the undesirability of corruption on the basis of the associated leakage.

We define low-prosperity economies as those characterised by low wage rates in the job market, on account of low levels of human capital. This results in a large proportion of the population being attracted to entrepreneurship, and consequently a low average level of entrepreneurial efficiency. This is illustrated by the large number of informal businesses and mom-and-pop shops in India. These low-prosperity economies can either be ‘high leakage’ (high proportion of the proceeds from corruption leak out of the economy) or ‘low leakage’. Note that the pricing of licenses above the cost of provision vis-à-vis pricing at cost of provision, is associated with the welfare cost of reduced entrepreneurship and benefit of reduced outflow of corruption proceeds.

On the other hand, in high-prosperity economies – marked by a low proportion of the population being attracted to entrepreneurship owing to high levels of human capital and wage rates in the job market – average entrepreneurial efficiency is high. Thus, corruption avoided by ‘cost-plus’ pricing is small in comparison to entrepreneurial surpluses sacrificed. Therefore, here, pricing above cost of provision is not optimal, irrespective of the propensity for leakage.

We now use simple but stylised examples to further explain the essence of our theoretical model. Unlike our model, which assumes a spectrum of entrepreneurial ability, these examples assume 2-3 types of entrepreneurs. The idea is to highlight the intuition that drives our formal model.

Consider a very small low-prosperity economy in which 11 persons are associated with entrepreneurial surpluses above what they would have earned from labour income: 10 with a surplus of US$9 each and 1 with a surplus of US$98 (Table 1). Assuming rational behaviour, a person will choose to become an entrepreneur as long as the surplus is greater than the sum of official licensing fee and bribe paid to the bureaucrat.

To start with, we assume that the government charges a licensing fee of zero. Thus, in our example, the bureaucrat can charge a bribe of US$9 (actually slightly less than US$9 but for all practical purposes, US$9), in which case all 11 persons buy licenses and pay the bribe; or a bribe of US$98 is charged, which is paid only by the most productive entrant. Hence, total income of the bureaucrat from the bribes (hereafter referred to as the extent of corruption) is US$99 in the first case and US$98 in the second case. The bureaucrat therefore chooses the first option and consequently surplus generated is US$188 (90 + 98).

Now suppose the government, in its bid to reduce corruption, raises the licensing fee to US$1. The bureaucrat has a choice between charging a bribe of US$8 for 11 persons (US$88) or US$97 for one person, the most efficient entrepreneur. This time s/he chooses the second option. The associated entrepreneurial surplus is US$98. The government can however eliminate corruption at this level of entrepreneurial surplus by raising the licensing fee to US$98.

Further, note that this movement will, therefore, be associated with the following gain: (99 * propensity for leakage) minus 90, where ‘propensity for leakage’ is the proportion of the corruption proceeds leaking out. This gain will be less than zero only if the mentioned propensity is less than 10/11. In that case, therefore, providing the license for free is the best option for the government; otherwise, cost-plus pricing is the next best option.

Our next example for a high-prosperity economy assumes 9 potential entrepreneurs: 5, 3, and 1 associated with surpluses of US$36, US$80, and US$200, respectively. When licensing fee is zero, it is best for the bureaucrat to charge a bribe of US$36 and garner corruption proceeds of US$324 from 9 entrepreneurs. The corresponding surplus is US$620.

Table 2 lists the entrepreneurial surpluses and proceeds from corruption associated with the various levels of the licensing fee mentioned above. A comparison of official pricing at US$40 to that at zero (which is clearly superior to pricing at US$1) shows that the former is associated with surplus and corruption that are lower by US$180 and US$164, respectively. Even if the reduction in corruption gives rise to an equal reduction in leakage, this would not compensate for the reduction in surplus. Hence, for the high-prosperity economy, it is pricing at cost which is optimal.

These examples illustrate our theoretical result that official pricing of licenses above cost of provision can be used as a tool to check corruption only in high-leakage, low-prosperity countries. Thus, curbing illicit outflows through such checks on corruption is of limited efficacy. Well-implemented international agreements as well as stringent detection and penalty mechanisms to deal with money laundering (see Organization of Economic Co-operation and Development, 2014) can greatly reduce the propensity for leakage and therefore present a better option for curbing the total income leaking out of the country. Curbing the propensity will also dilute the incentives for corruption. Therefore, leaked incomes will contract on account of reduced propensity for leakage as well as the lowered incidence of corruption.

Should bribe-givers be let off?