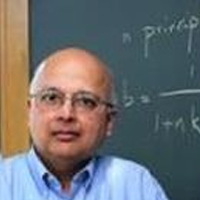 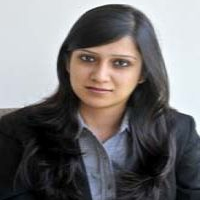 Even as technological innovations have reduced petty bribery, it is clear that bigger forms of corruption are flourishing in India. In this post, Avinash Dixit and Ritika Mankar propose the formation of a ‘business community institution’ to address the issue. They highlight some cross-country evidence on fighting corruption, to derive the critical features of the institution, which should make it more successful than efforts made so far.

India’s liberalisation that began in the 1980s should have curtailed corruption, but the opposite happened. Growth surged; that raised the value of natural resources and government contracts. So substantial was this increase that despite the reduction in powers, the economic rent at the government’s disposal grew strongly. Even as technological innovations have reduced petty bribery – for example in passport issuances – it has become clear (particularly so in recent months) that bigger forms of corruption are flourishing in the country.

Can anything be done? In this post we offer a new idea: the formation of an institution called the ‘business community institution’ (BCI). We first highlight some cross-country evidence on fighting corruption. That helps us derive the critical features of the BCI, which should make it more successful than efforts made so far.

In Sicily, the mafia extorts protection money, called pizzo, from businesses. In 2004, a group of young idealists in Palermo started a movement to resist pizzo. They enlisted businesses not to pay pizzo and display decals stating Addio Pizzo (goodbye pizzo), and mobilised the public to patronise those businesses. The movement has had modest success: their membership comprises only 10% of the businesses in Palermo. But critically, the mafia has not retaliated upon members displaying these placards, even though it has suffered significant losses owing to this movement. This episode shows an important difference between refusing the mafia’s demands as an individual, and displaying the Addio Pizzo decal. The latter says “I belong to an organisation; if you harm me, you will face a large angry social coalition”.

Hence our first lesson: an institution like the proposed BCI is likely to be more effective than the sum total of efforts put in by individuals across the country to reduce corruption. The BCI should enlist the support of the media, civil society, and existing social movements like the Zero Rupee Note and the ipaidabribe site, to resonate the same message as the businesses in Sicily did.

If the law is effectively enforced, its penalties are good deterrents. However, enacting and applying strong laws against corruption is inherently problematic, since politicians and officials are the main beneficiaries of corruption. Luckily, social sanctions can be just as effective, or more so. Deterring breaches of contract among cotton-growers in the American South provides a powerful example. These growers have not only business dealings among their members, but also close friendships among their families. To maintain honesty in contracts, fear of social ostracism is a powerful consideration. No one wants their misdeeds gossiped about in their wives’ coffee klatch, or their children complaining: “Daddy, our friends won’t play with us anymore. They say you did something very bad!”

An effective system of social sanctions will allow clean firms to experience a lower cost of doing business by being able to access better talent, cheaper capital, or stronger pricing power. For instance, in the US, it has been found that the younger generation is willing to take pay cuts averaging as much as 30% to work for public and non-profit organisations rather than traditional corporations. As this process acquires momentum, firms will realise that being cleaner is also the way to be more profitable.

If workers, consumers, and suppliers of capital are to implement a strategy of penalising corrupt businesses, they need to know who the clean firms are. To achieve this, the BCI will create a transparent rating system of 1 to 3 stars, like the Michelin star system for restaurants, reflecting its assessment of how clean a firm is. Sunlight is the best disinfectant and accurate publicity about misdeeds is the best way to deter corrupt businesses through the imposition of social sanctions on the miscreants.

Markets are fairly efficient and the Indian stock market has shown tremendous maturity by offering significantly lower returns from non-clean firms. Research by Ambit Capital shows that firms with better quality of governance and accounting have yielded higher investment returns than other firms in the recent past. For the five-year period ended March, whilst the broader market (defined as the BSE500) generated a compound annual growth rate (CAGR) of 14.9% per annum, the Ambit Connected Companies Index delivered returns of only 8.8% CAGR per annum, implying significantly lower returns for shareholders of non-clean firms.

The market has delivered this outcome without the existence of an explicit rating system on the quality of governance; and the BCI’s credible and transparent rating system should accelerate the process. Corruption as an ailment is similar to obesity, not cancer

Cross-country experience of anti-corruption efforts shows that it is counterproductive to regard anything short of 100% elimination of corruption as equivalent to failure. It is essential to not to think of corruption as cancer, insisting that every malignant cell must be removed or it will come back. Instead corruption should be compared to being overweight or obese. The fight against it is hard and slow; victories are partial; sometimes you regress. But keeping up the fight by all methods and at all times can mitigate obesity. Eventually the diet and exercise will become a way of life, and the resulting healthier body will yield tangible benefits.

We envisage the BCI as comprising two units, a research unit as its backbone and an outreach unit as its sense organs. The research unit will create and sustain a credible rating system; the outreach unit’s main role will be to make this a true social coalition. The BCI will be funded from two sources: (1) non-corporate exogenous donors for the initial capital, and (2) annual membership fees that are the same for all members.

Feature#1: BCI will aim to create a transparent and objective rating system for corporations: Social sanctions can work better than legal action, but their mobilisation requires credible information. Hence we envisage the BCI as a research-driven body that uses forensic accounting to allocate ratings to companies listed on the Bombay Stock Exchange (BSE). The four potential ratings are: ‘3 stars’, ‘2 stars’, ‘1 star’ and (by default) ‘no star’. The topmost rating of ‘3 stars’ will be awarded to those companies that provide the gold standard by which the non-corrupt nature of a firm is measured.

The first round of ratings that the BCI undertakes will highlight the 50 best performers in the BSE500 and allocate a 3-star rating to these firms. Then over subsequent rating rounds the BCI will aim for universal coverage of the BSE500, or beyond that.

Feature#2: Whilst the ‘research’ unit of the BCI will be its backbone, an ‘outreach’ unit will be its sense organ: The BCI must comprise a powerful and effective outreach unit. While the research unit undertakes the task of sustaining a credible rating system, the outreach unit’s main role will be to enlist the support of three key entities: (1) the corporate sector itself, given that bottom-up coalitions are known to be the most effective tool in fighting corruption; (2) the youth, as this is the key constituency that provides human resources as well as consumers to corporate India; and (3) the government, as an initiative like the BCI cannot hope to succeed without some top-down support and encouragement.

Besides a systematic outreach programme, the outreach unit must also bear the responsibility of methodical and accurate dissemination of the ratings.

Feature#3: BCI will be funded using two sources – a non-corporate source as well as fixed membership fees: The recurring source of funding for the proposed BCI will be in the form of annual membership fees that corporates who wish to be rated pay the BCI. However, it is important for anti-corruption agencies (ACAs) to navigate a careful path, as detractors will exploit the slightest hint of corruption within the ACA to discredit all its work. The proposed BCI will be sealed off against such criticism relating to a conflict of interest in two ways: (1) even as part of the funding will be via a subscription-driven model, the membership fees will be fixed in nature and the same for all members; and (2) the non-recurring or core funding will be sourced from a non-corporate entity such as a multilateral institution.

India’s culture cannot be changed, from corrupt to clean, simply by relying on the government to enact and enforce laws. Such a movement can succeed only if young and idealistic workers, consumers, entrepreneurs, managers, educators, and the media all play their part and constitute a coalition against corruption. In this post, we have mooted the creation of a BCI to play the critical role of mobilising this currently fragmented coalition. The proposed BCI will aim to generate accurate information about firms’ status regarding corruption, and to undertake a systematic outreach effort with the groups highlighted above.

The aim is to ensure that clean firms are able to experience a lower cost of doing business by (1) getting access to a talented workforce, (2) getting access to consumers who are willing to pay a premium price for the product of clean firms, and (3) being able to access investors who are willing to supply capital at a lower cost. This should trigger a self-fulfilling process whereby more and more firms are incentivised to be clean.

We hope this article sparks a discussion on these ideas in academia, business, and policy circles, and thereby helps improve the ideas presented. We are confident that these forces will result in the emergence of a business institution that helps propel India’s economy away from the corrupt culture that currently stifles it.

Published with permission from Mint: https://www.livemint.com/Opinion/mxVdMVeQUBEfoJWmY0scRL/New-ideas-for-fighting-corruption-in-India.html