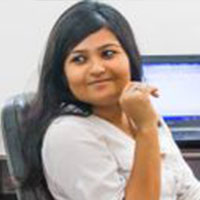 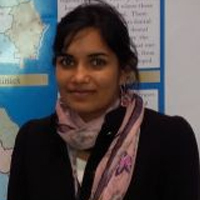 According to the Geospatial Information Regulation Bill, 2016, the acquisition or use of any geospatial information will require permission from a government authority. In this note, Ghosh and Malhotra highlight the importance of reliable geospatial information for development work. In their view, instead of restricting the production and use of such information, the government should regulate its quality and promote learning around it to ensure responsible and ethical use.

The recently proposed Geospatial Information Regulation Bill, 2016, places strict restrictions on the acquisition and use of geospatial information1 in India. Specifically, this means any information that is geo-located is subject to vetting and approval by a special authority appointed by the government. This could include a map you create and share of your daily run using an app such as Runkeeper, a photo of your latest trek with location coordinates, or a web map you create to decide where you can open your next business venture. Spurred by the 'wrongful' depiction of the disputed Jammu and Kashmir border, the rationale for introducing this bill is to safeguard "sovereignty, security and integrity of India". However, the Indian government's existing policies related to geospatial information already address this national security objective. For example, the Survey of India's National Map Policy (2005) explicitly states that any international boundaries depicted on user-generated maps (maps that you and I can create easily using the numerous software applications available on the web) must be certified by the agency before they are shared publicly.

Should this bill become legislation, it would negate the principles of openness and transparency that the government's e-governance initiative2 is intended to promote. It would also massively hinder important on-ground work to address the information asymmetry that ails the social landscape in India, and hinder inclusive development.

While the Census Bureau of India generates numerous official statistics such as population distribution by educational attainment, mortality indicators and employment, at the national, state, village and ward levels, there is an inadequacy of nuanced information at more disaggregated levels such as neighborhood or cluster. For example, while one may be able to discern from official statistics the efficacy of implementation of a scheme such as the Mahatma Gandhi National Rural Employment Act (MNREGA) in one rural region over another, uncovering the nuance behind its differential working - why it works better in particular areas, or who it works better for - is effectively accomplished using geospatial information, because the question is inherently spatial. Collecting geospatial information in a participatory way, at the neighborhood or cluster level, allows us to address this information asymmetry, by according visibility to spaces and consequently the people within them who are often missing from the public discourse (such as the people who aren't able to benefit from MNREGA because they might be in a geographically inaccessible area). It also allows integration of information across the social, economic and cultural sectors, and informs decision-making, and because anyone can contribute this information, it ensures representativeness.

The importance of reliable geospatial information for inclusive development

At Outline India (OI), which does the bulk of its work in rural India, we depend on geospatial information, to fulfil our mission of achieving social impact through data. Using Volunteered Geographic Information, which is essentially location-based information volunteered by the public (and which the geospatial bill makes punishable to collect without approval), we build Geographic Information Systems (GIS) in a participatory manner. Collecting geospatial data through Unmanned Aerial Vehicles (UAVs) allows us to quickly and efficiently generate high-quality maps which, once integrated with the survey/interview data we collect in the field, facilitate an understanding of existing assets and needs, evaluation of interventions and analysis of the drivers of inequalities. Most importantly, our participatory approach democratises the data we generate and makes communities active stakeholders in the process of positive social change.

In one of our post-implementation assessments of water and sanitation facilities carried out in Uttar Pradesh, Bihar, Madhya Pradesh and Chhattisgarh, for instance, we evaluated the efficacy of a WASH programme undertaken at the community and institutional level in rural areas of the aforementioned states. The intention of the intervention was to ensure equitable access to safe drinking water and sanitation though the provision of functionally adequate infrastructure, strengthening institutional structures, inducing behavioural change, and empowering communities. To do this, the information collected from community caretakers on the functionality of water points being installed, restored, rehabilitated or improved by the organisation was made available online and plotted on a map. Triangulated with inputs from the community to understand nuances such as barriers to access owing to factors like caste, power dynamics, gender violence or privatisation of water points over a period of time, the resulting geospatial information enabled us to democratise this data for the community and help identify and address issues specific to a water point in real time.

Whether the Indian government likes it or not, geospatial information is here to grow. From improving service provision, and monitoring disease outbreaks, to mitigating disaster responses and bettering governance, geospatial information, especially is highly relevant in today's world. Restricting its production, acquisition and dissemination through legislation such as the Geospatial Information Regulation Bill would only create unnecessary and prohibitive barriers of cost and resource in the work of OI and similar organisations which have helped catalyse important advances in the development sector.

By penalising people for contributing information which the government deems unsuitable, such a bill would disrupt participatory research processes, which are central to ensuring democratic participation of communities in advocating for an inclusive and egalitarian development process.

Considered a public good and paid for by the taxpayer, data is a democratic right. Instead of restricting the production of and access to geospatial information, we strongly advocate openness in its creation, collection and dissemination. We call for development of stringent standards regulating the quality of information collected, rather than the information itself. Recognising the potential of geospatial technology in problem-solving, much of the developed world has begun to institute Geographic Information Science (GIScience) in the secondary, post-secondary and college K-12 curricula, and to train educators to implement it. Sadly, GIScience remains in its infancy in India. Instead of legislation restricting engagement with this information, we urge the government to focus on building human capacity through critical learning of GIScience in the formative stages, such that this information is used responsibly and ethically. Restricting its use, instead of reaping it's social and economic benefits, would be a grave disservice to the citizens of this country.

To conclude, we must remember that it is the decentralisation of power which forms the cornerstone of participatory democracy and that stands at risk with absolute decrees such as this proposed bill. In India, where we pride ourselves on our democratic process, the provisions and penalties in this bill warrant a closer and honest examination. Without such an examination, much of the progress being made in development in India stands at risk of being undone.