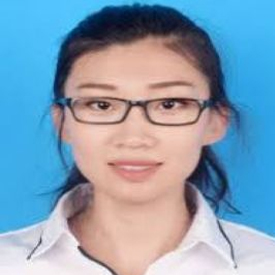 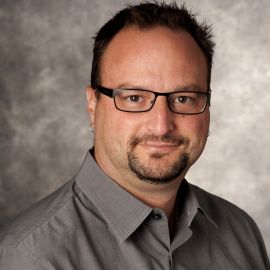 There has been a dramatic rise in inequality in India post-liberalisation. This article finds economic mobility to be markedly low, with at least seven out of 10 poor households remaining poor or at-risk of being poor during 2005-2012. It also finds that Muslims, lower-caste groups, and rural households are in a more disadvantageous position in terms of escaping poverty or transitioning into poverty compared to Hindus, upper-caste groups, and urban households.

There has been a phenomenal rise in economic inequality in India, especially in the post-1991 liberalisation period. The 2018 Oxfam study reports an increase in the consumption Gini index in both rural and urban areas from 1993-94 to 2011-12. According to the study, the wealth of Indian billionaires on the Forbes list grew by almost 10 times over a decade and they now account for 15% of India’s gross domestic product (GDP). According to Global Wealth Report (GWR), 2017, between 2002 and 2012, the share of the bottom 50% of the population in the total wealth declined from 8.1% to only 4.2%. In contrast, over the same time period, the share of the top 1% in the total wealth increased from 15.7% to 25.7%. Among the countries for which GWR gives the share of wealth held by the top 1%, only Indonesia and the US have higher shares of wealth than India.

Given this dramatic rise in inequality, it is imperative to accurately measure the extent of economic mobility in India, which reflects the number of people moving up and down the economic ladder over time. Measurement of mobility becomes important because the long-term welfare effects of rising inequality depend crucially on the level of economic mobility. Economic mobility (or a lack thereof) can attenuate (or accentuate) the adverse effects of inequality. Holding other factors fixed, an economy with much economic mobility ̶ one in which households move more freely throughout the income/consumption distribution − will result in a more equal distribution of lifetime incomes and consumption than an economy with low mobility.

In recent research (Li et al. 2019), we measure the extent of economic mobility in India using the 2005 and 2012 waves of household consumption data from the Indian Human Development Survey (IHDS). IHDS is a nationally representative multi-topic household survey covering around 40,000 households in each wave across India, with the majority of the first-wave households also been surveyed in the second round. Since mobility measurement ideally requires panel data1 (Fields et al. 2007), we focus on only those households who were surveyed in both the rounds. This gives us a sample of 38,737 households.

We then estimate the fraction of households in partition k in 2005 who are in partition l in 2012, where k and l indexes partitions in 2005 and 2012 respectively (k, l = 1, 2, 3). These fractions – called transition probabilities – indicate how likely it is for a household from each partition in 2005 to end up in the same and other partitions in 2012. The full set of transition probabilities, if estimated consistently (in a statistical sense), gives us a proper estimate of the extent of economic mobility specifically as it relates to poverty in India.

Consistently estimating these transition probabilities, however, is not a trivial task. This is because consumption data, especially which come from developing nations, are extremely ‘noisy’, that is, they are likely to contain severe measurement error (Deaton and Subramaniam 1996, Vanneman and Dubey 2013). This is primarily due to households misreporting their consumption (intentionally or unintentionally), or due to difficulty in measuring consumption owing to volatility (Vanneman and Dubey 2013). Such measurement error in reported consumption is likely to cause at least some households to be classified in consumption partitions that they truly do not belong to in both periods. If such misclassification error is not accounted for, the estimates of the transition probabilities are likely to be severely biased.

To account for misclassification error while estimating the transition probabilities, we extend recently developed econometric methods in Millimet et al. 2019. Unlike other existing methods (see Millimet et al. 2019 for an overview of other existing methods), the assumptions that our approach use concerning the measurement error process are relatively weak and transparent, easily understood by policymakers, and easy to impose or not impose depending on one's beliefs. Additionally, the approach is suitable to address a wide class of measurement errors compared to existing methods. However, these advantages come at a cost: instead of being able to point identify the transition probabilities, we end up estimating bounds within which the transition probabilities are supposed to lie.2

Low mobility for population as a whole, marginalised groups worse-off than others

Our analysis yields some striking findings. Allowing for misclassification errors up to 20% of the sample, under plausible assumptions, we find that for the population as a whole the mobility rate is markedly low. Specifically, we find that over the seven-year period, at least seven in 10 poor households will remain poor or remain in an insecure nonpoor state whereas at most two in 10 poor households would make it to the secure nonpoor state. On the other hand, at most two in 10 nonpoor households (insecure and secure nonpoor combined) would enter into poverty between 2005 and 2012.

Our results for the population as a whole suggest that inequality in India can be characterised as chronic as households belonging to the lower rungs of the economic ladder are likely to find themselves caught in a poverty trap. As a result, our findings suggest that poverty reduction efforts should focus on ways to improve the permanent economic status of households, possibly through acquisition of assets and capabilities, rather than on ways to deal with temporary volatility. Our findings also challenge the conventional wisdom that marginalised groups in India ̶ households belonging to minority communities, lower castes, or living in rural regions − are catching up on average. This casts doubt about the efficacy of existing affirmative action and social programmes in improving the economic status of marginalised groups in India.