Economists on the wrong foot 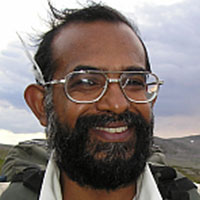 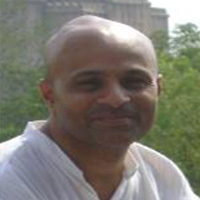 This article asserts that the Sen-Bhagwati debate misses out two crucial elements – communities as agents of development, and ecological sustainability. It emphasises the importance of community empowerment, and backing community initiatives through state policies.

The recent debate between two stalwart economists, Amartya Sen and Jagdish Bhagwati, must be joined by those who understand contemporary realities and challenges in terms altogether different from those of mainstream economists. In a recent article in Times of India1, Bhagwati’s co-author Arvind Panagariya characterises the differences between the two in the following terms: Sen favours education and health measures as being the first steps to tackle poverty and other ills that beset India, while Bhagwati (and Panagariya) prefer rapid economic growth. Presumably the wealth generated by the latter will then be utilised to tackle deprivations of various kinds. Secondly, Sen advocates strong interventions through social welfare schemes, reaching people with food, jobs, education and health through the bureaucracy, whereas Bhagwati prefers to empower people through measures like cash transfers, through which they can choose private or public providers of these services.

There is more in common between Sen and Bhagwati than is usually noticed, especially in what is missed out. Firstly, their debate is characteristic of the clichéd Left-Right positions, which seem to posit only two agents of development: the State and the private sector. This misses out what is, in many ways, the crucial third agent, in whose name development is carried out: people organised as communities and collectives, people seen not as ‘beneficiaries’ of the State or ‘consumers’ of private services but as drivers of their own destiny, empowered to self-provision basic needs and to govern from below. It should be obligatory for ‘democrats’ to privilege communities as makers of their own destinies and to recognise their ongoing initiatives in that direction. We will come back to this after dealing briefly with the environmental costs and the iniquitous and jobless nature of economic growth.

The second fundamental issue is that of ecological sustainability. Sen does often acknowledge the need to bring environment into the equation, while Bhagwati largely ignores this. However even for Sen, it is mostly an afterthought, as though one can ‘include’ sustainability without any fundamental challenge to the very framework of development in a globally competitive age. With scientific and community evidence of ecological crises piling up all around us, with accelerating climate change, biodiversity loss, pollution, and other environmental problems affecting billions of people worldwide (often negating the putative gains of development), and with the future of life on the planet itself at stake, this neglect is astounding (though typical of mainstream economists, with the occasional exception such as a recent piece by Partha Dasgupta2).

Recently, the World Bank, a rather unlikely agency to question economic growth, revealed that environmental damage is knocking off 5.7% of India’s Gross Domestic Product (GDP) in the form of pollution-related diseases, loss of land productivity, and so on. This study was limited to a few kinds of damage - if it had taken all of them into account, it is very likely that the study would have shown all of India’s famed growth as being nullified. A July 2013 Asian Development Bank (ADB) discussion paper concluded that, “growth prospects are now threatened by rising income inequality and environmental degradation if Asia continues on its established growth path.” Economic growth has actually become quite ‘uneconomic’, but with its pre-occupation on simplistic quantifiable measures like GDP, mainstream development economics appears to lack the intellectual tools to apprehend this reality.

This by itself is reason enough to call the bluff on Bhagwati and Panagariya’s prescription of ‘growth first’.

Additionally, the kind of growth India is seeing today is also highly iniquitous. Firstly, it is leading to the direct and indirect loss of livelihoods of millions of people dependent on forests, farms, rivers, coasts, and grasslands3. The operations of the mainstream growth economy are actually taking something away from the survival and subsistence economies of the poor. Such loss is never accounted for in official economic statistics of growth, as though it uniformly benefits all, when the truth may be nearly the opposite. The Times of India quoted National Statistical Survey (NSS) data recently that shows that 90 lakh women lost their livelihoods just in the last two years4; causes of this are likely to include land and natural resource grabbing by ‘development-related’ processes. Secondly, (and this fact alone clouds the Indian growth story), pumping huge amounts of investment into the formal economy is not leading to any significant net growth in jobs; indeed, the past two decades of high growth were also characterised by net decline in employment in most sectors. 93% of India’s labour force continues to work in the informal economy, without survival wages or any of the benefits or security of formal employment. Employment in the formal economy has grown from a meagre 26.7 million in 1991 to a still meagre 29 million in 2012, while the labour force has increased by 100-125 million! The global phenomenon of jobless growth, inevitable in the age of rapid automation, is a reality ignored by both Sen and Bhagwati.

Third, the ‘trickle-down’ of wealth approach is a highly cynical way of planning inclusive development - why should the poor have to be content with the crumbs from the high table, especially when they pay the ecological costs of high growth? And even this seems to work only if you are part of the policy brigade that shows rapid declines in poverty by manipulating the poverty lines. It would be instructive to see if any one of these economists and decision-makers who believes Rs. 30 or even Rs. 50 per day is enough to take one above the poverty line in a city, can live for even a few days on such amounts.

Fourth, the ‘growth-first’ mantra has seen a massive rise in the wealth of the already rich, such that over half of India’s wealth is now owned by its richest 10%. According to both NSS and ADB statistics, inequality in India is only growing.

Finally, neither Sen nor Bhagwati analyse the fact that India’s policies for the past 22 years (and more) have been forced by the ever-looming foreign exchange crisis, and consequently by the need to design policies to constantly attract funds from abroad to tackle its external account. According to the Reserve Bank of India (RBI), India has to fork out $170 billion (more than 10% of GDP) in debt-servicing between now and March 2014!

Let us now get back to our third agent, the community. Hundreds of initiatives across India have shown rural and urban communities capable of providing for themselves one or more of their basic needs of food, water, shelter, energy, education, and health. Where aided by the State or by the civil society, this has been even more successful. This should have been the true meaning of the 73rd and 74th Constitutional amendments - unfortunately, these were never implemented seriously.

We agree with Bhagwati and Panagariya in the assertion that people need to be empowered rather than forever provisioned by a charitable State under a command and control situation. However, such empowerment is not as much about cash transfers as about secure land and resource rights over the commons (such as community forest rights under the Forest Rights Act); producer companies replacing the big private business sector (as is happening with handicrafts, food and milk in dozens of places); revitalised agriculture through organic, bio-diverse ways linked to localised Public Distribution System (PDS) and other consumer outlets (as demonstrated by Deccan Development Society’s Dalit women farmers in Andhra); decentralised manufacturing complementing agriculture (for example, the transformation in places like Kuthambakkam in Tamil Nadu); localised economies with producer-consumer linkages embedded within larger systems of trade and exchange; ecologically sensitive landscape-level planning (such as the fledgling effort in Arvari river basin of Rajasthan); community controls and monitoring of state services (such as Nagaland’s ‘communitisation’ exercise which gives village councils legal control over education and health); and, urban sustainability initiatives (like local water harvesting and waste management in Bhuj and Pune). .

However, community initiatives like these will need the backing of state policies to survive in the rapacious environment that has been generated in this global age. Without the backing of coordinated policies, even big businesses do not thrive, a point missed by both Bhagwati and Sen.

Community empowerment is not the panacea for all of India’s ills, and we need to deal throughout with entrenched class, caste, gender and other inequities. However, without the revival of strong communities and an informed, enlightened support of their initiatives, it is difficult to see how the mounting social and ecological crises of our time can be faced. If India becomes 70-80% urbanised by 2025, as is the vision of our policy elites today, widespread ecological collapse and social conflict is certain. Business-as-usual (even if the State carries out the measures that Sen suggests) is no longer an option, as long as predatory growth remains the mode of ‘development’. Incidents such as the recent catastrophe in Uttarakhand, should urge us to work in the direction of an ecological democracy. It is a survival imperative, which the cheerleaders of globalised development are failing to grasp.

Ashish Kothari and Aseem Shrivastava are the authors of Churning the Earth: The Making of Global India (Penguin Viking, New Delhi, 2012).

A version of this article has appeared in Economic and Political Weekly.