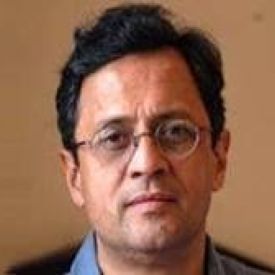 To mark the second anniversary of I4I in July 2014, we invited two eminent scholars – Abhijit Banerjee (MIT) and Mukul Kesavan (Jamia Milia) to discuss the emerging economic and social challenges in India, post the recent Parliamentary election. The discussion was moderated by Ashok Kotwal (Editor-in-Chief, Ideas for India). Take a look at a ‘highlights’ video of the discussion here!

The recent parliamentary election may well turn out to be a significant event in Indian history. The campaign was all about the lackluster economic performance over the last three years, and the expectations from the new regime are sky high.  Interestingly, based on manifestos and recent budgets, the party that won the election does not seem to have a very different economic ideology from the party that lost it.  However, the two parties do differ in their conceptions of what makes India a nation. While Congress relied on the common experience of colonialism as the factor that defined India as a nation, BJP relies on the common cultural heritage through the pre-modern history.  Would this multi-religious, multilingual, multiethnic society be more harmonious under one concept of nationalism than under another? Does the concept of nationalism matter at all for the day-to-day life of an average citizen? What explains the electoral rout and what can the new government do to reclaim the confidence of citizens?

We invited two eminent scholars – Abhijit Banerjee (MIT) and Mukul Kesavan (Jamia Milia) to explore these questions. Please see below a ‘highlights’ video of the discussion. The full version is available at: https://youtu.be/4IIToWVhW9c.

The views expressed in the videos are of the speakers and do not necessarily reflect those of the I4I Editorial Board.