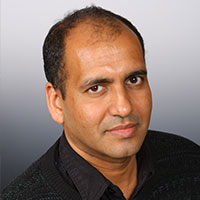 Breeder reactors have always underpinned the claims of India’s Department of Atomic Energy about generating large quantities of electricity. The first Prototype Fast Breeder Reactor was expected to start sustaining a chain reaction back in 2010, but the reactor is massively delayed, taking more than twice the expected period. In this article, M.V. Ramana, a physicist at Princeton University, outlines the history of missed targets and contends that these reactors are best regarded as failed technology, in India and elsewhere.

According to an official statement presented in the Parliament of India on 28 July 2016, the 500 Megawatt (MW) Prototype Fast Breeder Reactor (PFBR) is now expected to reach “first criticality by March 2017”. However, even this date is uncertain and an unnamed source within India’s Department of Atomic Energy (DAE) told The Hindu that “reaching first criticality might take ‘a couple of more months from March 2017’”. First criticality refers to when a reactor starts sustaining a chain reaction and is one of the steps to be completed before a reactor is connected to the electric grid. How long the remaining steps would take has not been specified. But going by an earlier update in February 2015 on the reactor from the Chairman of Bhavini, the organisation in charge of constructing the PFBR, it could take up to 20 months; at that time, the Chairman had announced that the PFBR would reach first criticality in June or July of 2015 and be commercialised by the last quarter of 2016.

Why are these delays in the construction of a reactor important? After all, the PFBR is just one of the many reactors that have the dubious distinction of being ‘under construction’ for very long periods of time. The significance of what is happening with the PFBR is that it is the first of the literally hundreds of fast breeder reactors (FBR) that India’s DAE plans to construct over the next few decades. In 2004, for example, the DAE unveiled a document titled “A Strategy for growth of Electricity in India”, wherein nuclear power capacity is shown to grow from 2,400 MW, or 2.4 gigawatts (GW) in 2002 to 274,560 MW by 2052 (see Table 11 in the document), of which FBRs constitute 262,500 MW. Some years later, as the US-India nuclear deal was being negotiated, the DAE upped this figure significantly further.

FBRs are thus termed because they are based on energetic (fast) neutrons and because they produce (breed) more fissile material than they consume. Such reactors constitute a major component of India’s nuclear plans. In November 1954, Homi Bhabha, the founder of India’s nuclear programme, proposed a three-stage plan that aimed at utilising the country’s limited reserves of relatively good quality uranium ore as a stepping stone to exploiting the much larger resources of thorium. The crucial link between uranium and thorium utilisation is in the second stage, which involves using plutonium separated from the irradiated fuel from the first-stage reactors, as fuel in the core of FBRs. These nuclear cores could be surrounded by a blanket of uranium to produce more plutonium than used as fuel; hence the term breeder. However, if the blanket were to use thorium, it would produce uranium-233.

Thus far, all reactors that have produced electricity in India can be classified as belonging to the first phase. (There are some imported reactors that do not fit into this classification, but they comprise only a fraction of the fleet.) The DAE’s first serious effort to construct one started in 1969 when the DAE entered into an agreement with the French Atomic Energy Commission and obtained the design of the RAPSODIE test reactor and the steam generator design of the Phenix reactor (Rodriguez 2004). These designs were eventually used to design the Fast Breeder Test Reactor (FBTR), India’s first breeder reactor.

The budget for the FBTR was approved by DAE as early as September 1971 and it was anticipated that the FBTR would be commissioned by 1976. In a telling indication of the future progress of the programme, the reactor was delayed repeatedly, attained first criticality only in October 1985. It took till 1997 for the reactor to start supplying a very small amount of electricity to the grid. The FBTR’s operations have been marred by several accidents of varying intensity.

Even before the FBTR came on line, the DAE started making plans for the larger PFBR. According to the DAE’s annual reports, the first expenditures on the PFBR started in 1987-88 (Ramana 2009a). At a meeting in 1995, the head of the team developing the PFBR reported that “Preliminary design... was carried out in 1985” (International Atomic Energy Agency (IAEA), 1996).

Ultimately construction of the PFBR started in 2004 and at that time the reactor was projected to become critical in 2010. The following year, the director announced that the project “will be completed 18 months ahead of schedule”. Famous last words, one is tempted to add.

The saga since then has involved a series of delays, but always followed by promises of imminent project completion. In February 2010, for example, a DAE official announced that the project was delayed by “a couple of months to one year” and the PFBR “would be commissioned in 2011”. By May 2010, the date had slipped and the prediction changed to PFBR “will go critical in March 2012”. Come 2012, the reactor was to go critical “during the first quarter of next year”. In 2013, the date changed yet again and the PFBR, we were told, “will be operational by September 2014”. One month before that deadline, the government announced “some delays…are anticipated” without specifying a new date for starting the reactor. In February 2015, the government announced a new date of September 2015 in the Indian Parliament. That date, too, came and went and now we have the promise of criticality by March 2017.

This series of delays has drawn the attention of a parliamentary panel. While acknowledging that the project is the “first of its kind”, the panel argued: “such challenges could have been anticipated and the completion schedule should have been fixed accordingly." But then it went on to express its regret that even though “the Steering Committee headed by Secretary DAE” regularly met on a “quarterly basis for monitoring the activity of various projects including PFBR”, the “review meetings have not yielded any concrete results as the completion schedule has been changed due to various constraints resulting in considerable delay in achieving criticality". Although the panel was evidently gentle in its language, in light of the autonomy enjoyed by the nuclear establishment in India (Ramana 2009b), even this mild rebuke is quite extraordinary.

Coming back to the significance of the delays in the PFBR, the fact that the reactor is already scheduled to take more than twice the amount of construction time it was projected to initially is just the first indication of the problems with the DAE’s projections. If future reactors were to take so long, then it is clearly not going to be possible for the DAE to meet the targets it set itself for 2050.

There is an obvious counter-argument: the PFBR is the first of its kind, but in the future such reactors will be constructed on time, and thus there is no reason to doubt the DAE’s projections. There are two answers to this. First, the DAE has a history of missing targets. For example, in 1972, the DAE projected that total “nuclear installed capacity…by the end of this century” (that is, 2000) will be 43,000 MW, of which “about 50 to 75 per cent may be from fast breeder reactors”. In 2000, installed nuclear capacity was 2,720 MW, barely 6% of what was projected. The repeated delays of the PFBR suggest that this history is likely to be repeated (Sethna 1972).

The second and more important answer to the counter-argument is that even if all goes well from now on, the DAE will just not be able to construct the number of reactors it has projected, within the time period it has envisioned for them. This is because when one looks carefully at the methodology used by the DAE in its projections (Grover and Chandra 2006) it becomes evident that the DAE’s calculations have simply not accounted properly for the future availability of plutonium (Ramana and Suchitra 2009). The error is elementary: the calculations do not take into account the lag period between the time a certain amount of plutonium is committed to a breeder reactor and when it reappears along with additional plutonium for refuelling the same reactor, thus contributing to the start-up fuel for a new breeder reactor. The problem with the projected growth rates is not because of differences in assumptions but, in an essential sense, because of the laws of physics. Such erroneous projections are likely a product of a culture with a lack of accountability and critical internal and external scrutiny.

A careful calculation that takes in account the constraints flowing from plutonium availability would lead to drastically lower projections. The projections could be even lower if one takes into account potential delays because of infrastructural and manufacturing problems, not to mention economic disincentives due to the high cost of electricity from breeders (Ramana and Suchitra 2011), or accidents (Ramana and Kumar 2009).

Breeder reactors have always underpinned the DAE’s claims about generating large quantities of electricity. Today, more than six decades after the grand plans for growth were first announced, that promise is yet to be fulfilled. The latest announcement about the delay in the PFBR is yet another reminder that breeder reactors in India, like elsewhere, are best regarded as a failed technology and that it is time to give up on them.