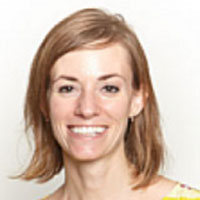 Fixing how funds flow through the government systems grabs far fewer headlines than malnutrition, problems in the education sector, or crumbling infrastructure. In this post, Charity Troyer Moore contends that payment systems are fundamental to improving these development outcomes, and challenges to them pervade government functioning across sectors, programmes, and locations. She examines the key issues, and what Budget 2022-23 can do to fix them.

India’s payments infrastructure is the culprit for all sorts of State-related failures, in healthcare and beyond. For example, in 2017, nearly 100 children in a government hospital in rural Uttar Pradesh died over a short period from lack of oxygen – not because there was no oxygen available, but because the hospital was behind on payments to their oxygen vendor. During the pandemic, ASHA (Accredited Social Health Activists) workers have reported delayed and irregular incentive payments, despite their heroic efforts to fight Covid-19 (Behanbox, 2021).

What is wrong with these payment systems, and what can India’s 2022-23 Budget – due to be announced on 1 February – do to fix them?

This is a vital question, yet fixing how funds flow through government systems is not what most would consider a hot topic of discussion. It grabs far fewer headlines than malnutrition, problems in the education sector, or crumbling infrastructure. Yet, payment systems are fundamental to improving these outcomes, and challenges to them pervade government functioning across sectors, programmes, and locations.

Delays in payments to citizens, such as MNREGA (Mahatma Gandhi National Rural Employment Guarantee Act)1 workers, are well-known and ones we have seen first-hand through our research over the past decade. But the challenges do not stop there – payment problems affect government workers and entities, directing effort away from the core business of serving the public good.

These payment challenges frequently affect government employees who already hold relatively tenuous posts – for instance, contract workers that wait for a senior official’s sign-off to receive a payment. They also disproportionately affect positions held by women, whose work is often perceived to be valuable simply because of the ‘social good’ it does. This view itself ultimately deprioritises the importance of timely, regular payments.

For example, in research with women working for their state’s Rural Livelihoods Missions, SHG (self-help group) cadre members were told they would be paid incentives for completing non-SHG-related tasks. Yet, those payments were delayed for months at a time. These women paid out-of-pocket to cover travel and other costs associated with the assigned tasks, and some took out loans simply to be able to continue working. Unsurprisingly, many quit supporting these additional tasks. In one case that we tracked, approximately two-thirds left the work entirely within their first year, undermining programme delivery.

What are the underlying drivers of payment challenges?

Human intervention is sometimes a culprit: District magistrates may still need to sign-off on pension or salary payments – resulting in unreliable and irregular payments – rather than processing them via automated systems. Data entry errors can result in payments being rejected, requiring them to be rerouted through the system. For example, despite impressive improvements in wage payment timelines, well over 5% of MNREGA wage transactions were rejected in some states during 2020-21, resulting in long delays.

When not designed correctly, data digitisation can actually exacerbate delays, as officials who need information to make payments suddenly find themselves unable to access and operate systems they once controlled. Those in remote locations or lacking tech savvy – often located at the very beginning and end of the payment process, such as some sarpanches – can particularly struggle to navigate digital systems effectively.

Crucially, delays persist in ways data systems do not record, and therefore are difficult to identify and address. In a 2021 survey of nearly 900 sarpanches2 conducted with research collaborators in one state in north India, 16% of leaders reported MNREGA wage delays were one of the top three issues their gram panchayat has faced since the pandemic began. Compare this report with administrative data, which suggest 99% of worker payments were generated in the stipulated 15 days. This disparity is consistent with other researchers who have found similar issues (for example, see Narayanan et al. (2018)).

Finally, unless data systems can ‘speak’ to each other across departments, payments involving more than one entity can be delayed as they make their way through convoluted systems. For example, this happens, when SHG workers conduct social audits, and making payments to auditors requires coordination across both social audit and livelihoods programmes.

Yet the good news is that improvements are possible with appropriate investments. Nearly 10 years ago, payment delays to MNREGA workers were rampant, and the government set to work to address them. At the nadir of this crisis, in 2014-15, only 27% of wage payments were generated within 15 days of work spell completion, leaving impoverished workers to seek payday loans from local leaders, moneylenders who charge high interest rates, or wait for payments to arrive in their bank accounts. Those without the ability to do either would have to turn to other means to cope – migration, for example – since MNREGA could not help them survive the lean season.

Ironically, delays increased as payments went digital, leaving local administrators and elected leaders in the dark about where money was and when it would arrive. But a flurry of initiatives, notably increasing monitoring by senior officials and improving digital data trails, led to impressive reductions in time to payment. In a study of a government-supported application used by officials to process payments, additional steps to increase transparency and facilitate easy access to real-time data reduced payment timelines even further.

In short, improvements – even drastic ones – are possible. But these improvements will not occur of their own accord. This Budget season, the Finance Minister would do well to announce ambitious plans around payment systems: Digitising first- and last-mile payment steps, automating processes still controlled by humans, building in better quality controls, and linking disconnected data systems. In the long run, such investments will pay crucial dividends in terms of reliable safety nets, improved services, and increased trust in government.