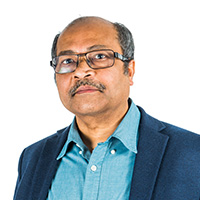 Critiques of the colonial rule in India and its legacy have been extended to law – with many allusions to the need to shake off the yoke of the colonial legacy. In this post, Roy and Swamy unpack the legacy of colonial rule in India on its present-day legal system, with a focus on three broad domains pertaining to economic activity – land, corporate and company law, and environment and natural resources.

Colonial rule in India has been rightly indicted for many sins – ranging from its passivity in the face of famine, to the failure to invest in health and education. There has been widespread agreement on these issues across the political spectrum in the country, going back to the Independence movement against British rule (Tharoor 2016, Panagariya 2020). This critique has been extended to law, with many allusions to the need to shake off the yoke of the colonial legacy. While we broadly sympathise with this perspective, we worry that falling back on colonial rule as an explanation can oversimplify, and worse provide an alibi for problems that can be addressed in the present. To unpack the issue, we need to ask more nuanced questions, such as: Where in the Indian legal system and practice is the colonial legacy most visible and problematic, and where have postcolonial developments driven the trajectory? Our focus, as economists, is on law as it pertains to economic activity – criminal law and civil law more broadly require separate discussion and are not discussed here. Our view is that we need to think about three broad domains differently: land, corporate and company law, and the environment and natural resources.

The colonial legacy is perhaps most visible in the domain of land – disputes regarding which have clogged the legal system since Independence. Especially in the zamindari1 regions, where the State did not even make the effort of being in touch with the cultivators for much of the colonial rule, there was very poor documentation of rights (Roy and Swamy 2016). This was a huge obstacle to land reforms – how could rights be protected or redistributed if we did not know what these were to begin with? This surely contributed to the, atbest, patchy performance of land reforms. This was perhaps most relevant for the so-called “tenant-at-will”, a person who occupied a piece of land but could not prove it. Many were summarily evicted by landowners, undercutting the State’s goal of land to the tiller.

We should note, though, that much of the complexity of land law and its implementation also follows from the laudable postcolonial goal of reducing inequality. For instance, a proposed ceiling on landholding, announced years ahead of time, was an invitation to subterfuge, such as spurious ‘partitions’ and benami holdings2 3. Well-intentioned restrictions on land transfers – aiming to protect the poor, including tribal people, from exploitation in land markets – also drove market transactions underground. Such restrictions were enacted in the colonial period itself but have grown through the land reform legislations of the first few decades of Independence to more recent legislation such as the Forest Rights Act (Roy and Swamy 2021).

Much of the subsequent legislation that inhibited or misallocated Indian and foreign investment – FERA (Foreign Exchange Management Act), MRTP (Monopolistic and Restrictive Trade Practice) Act, SICA (Sick Industrial Companies Act), etc., were driven by postcolonial understandings. After liberalisation, which began in earnest in 1991, the law pertaining to companies and corporate governance has been rewritten, with little political opposition. Recent mistakes, like the fiasco associated with retrospective taxation, have to do with the resource needs of the government, and not with any inherited colonial distortions.

Environmental law has been the source of much controversy. Some of this can indeed be traced back to the colonial period, when the State undermined the customary rights to forests and commons, and the post-Independence development State simply retained these laws (Sivaramakrishnan 1995). These laws have been resisted by local communities and have been changed as Indian democracy has deepened, and the poor have become more politically active. New legislation – such as the Forest Rights Act and others that have followed – have struggled to balance the need to protect the rights of the poor and their communities with the needs of industrialisation. We have also seen the emergence of a new class of environmental issues with little precedent in the colonial period, especially pollution and climate change. A whole set of legislative principles – Polluter Pays, the Precautionary Principle, etc. – have been adopted by the National Green Tribunal in response to growing concerns, domestic and international. Again, these are contemporary issues with contemporary responses.

Finally, there is a problem that has held over from the colonial period – the understaffing of the legal system, and an excessive willingness of judges to adjourn, allow appeals, and so on. Even if these are colonial legacies, these problems can be addressed. The fact that India has too few judges per person is surely a present-day political choice4 .