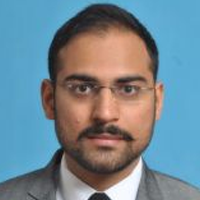 With a majority of the population living in rural areas in India, rural development is key to the development of the country. Based on his experience of working closely with the district administration in Purulia district in West Bengal, Pushkar Pahwa discusses the issues in the implementation of rural development programmes on the ground, and makes suggestions to improve their effectiveness.

The National Rural Livelihood Mission (NRLM) is a poverty alleviation programme of the Ministry of Rural Development that aims to bring at least one woman from each poor, rural household into the self-help group (SHG) network, and enable them to access gainful self-employment and wage employment opportunities by providing them with microfinance. An important component of NRLM is bank linkage of women SHGs to ensure access to hassle-free loans and other banking products and services for livelihood activities, which they lack individually because of their poor economic status. However, the emphasis is merely on achieving the annual targets2 of the number of SHGs provided with cash credit by each bank branch in the district, and not on the effective usage of these loans. What is often ignored is the difference between 'forced lending' and 'demand-based lending'. Due to a lack of micro planning, the loan money is often used for unproductive purposes rather than for undertaking a remunerative semi-skilled/skilled activity. The focus on achieving the annual target in the last quarter of the financial year further contributes to the 'forced' nature of the credit linkage.

As a result many SHGs fail to make timely repayments. This is a lose-lose situation as on the one hand, it leads to an increase in Non-Performing Assets (NPA) of the banks, which in turn makes them reluctant to further lend to this segment; on the other hand, the SHGs become debt-ridden due to unwise use of loans.

Skill training under NRLM: End in itself?

To fulfil the livelihood training objective of NRLM, many trainings for skill development are organised by the district administration to enable SHGs to undertake skilled and high-income activities such as tailoring, incense stick making, gardening, running canteens etc. With a sound business proposal it becomes easier for them to 'cajole' bank managers to approve their loan proposals.

However it is a sad fact that instead of being a means to enhanced income and improve livelihood, the trainings merely become an end in themselves with neither side taking the learnings forward to ensure that the trainings result in successful livelihood projects.

Huge gaps exist in the implementation of programmes vis-à-vis their guidelines. For instance, the Intensive Participatory Planning Exercise (IPPE) guidelines for preparing labour budgets3 under MNREGA (Mahatma Gandhi National Rural Employment Guarantee Act) mandate that the block planning teams responsible for conducting household surveys should have a female member who would be the representative of upa sangha (women SHGs representative body at the gram sansad4 level) to ensure convergence between MNREGA and IPPE. However, the actual composition of planning teams is not uniform across blocks and in many cases female representatives are missing. This leads to the question of how participatory, in reality, the IPPE has been?

Lack of wider community participation in preparing social and resource maps5 as a part of the IPPE exercise, as mandated by the guidelines, again lead to the exclusion of demands of the most vulnerable.

Often human resource shortage is cited as the reason behind poor development in remote and conflict-affected areas. While it is true to an extent that the district administration in difficult areas is constrained by the lack of manpower, what is of concern is how efficiently the existing human resources are utilised.

In this context, I would like to mention the ambitious fellowship programme of the Ministry of Rural Development called Prime Minister's Rural Development Fellowship (PMRDF). The PMRDFs are highly qualified and self-motivated young professionals appointed for a period of 2-3 years to work as development catalysts with district administrations in the most backward districts in the country. The fellows are completely at the disposal of the district magistrate who can involve them in any works related to rural development.

Another area of concern in this context is the quality of training imparted to the cadre of workers appointed to work at the grassroots level. For example, in Purulia district of West Bengal, there has been a lot of recruitment of ground staff under NRLM in the past year. These include community service providers (CSP), sangha coordinators6 (SC) and district-level trainers (DLT), who are the key players in ensuring the success of the programme. However due to lack of effective training programmes for the staff and no objective performance appraisal format, they are hardly able to make significant value addition. Also, many a times even the efficient and motivated personnel are removed due to personal vendetta or political considerations leading to failure of the programme. For example, a pilot project of the West Bengal government called Muktidhara, which aimed at improving livelihoods, suffered badly in Purulia district when the employment contract of the district project manager was not renewed despite the existing manpower crunch - leaving the project leaderless.

Another aspect is the lack of awareness of the district administration of the presence of a cadre of motivated community personnel who have been well-trained in best practices by non-governmental organisations (NGOs). In Purulia district, there exist a large number of Mahila kisans (MKs)7 who have been trained by the NGO Lok Kalyan Parishad (LKP) under the Mahila Kisan Sashaktikaran Pariyojana (MKSP)8 in modern agricultural practices and organic farming. There is also a cadre of female farmers trained in dryland agricultural practices by NGO PRADAN. However, the presence of both of these is limited to the areas where NGOs are working in partnership with the district administration and no efforts have been made to replicate their success in other areas by conducting trainings with the already trained MKs as master trainers.

Therefore, ensuring more efficient utilisation of the talent available with the district administrations would contribute immensely to better implementation of development projects.

From 'punishment' posting to prized posting

A common thread in the issues outlined above is the lack of an efficient leader. With most government officers considering posting in backward areas as punishment postings, the attitude is that there is nothing more to lose by not performing. So ironically, while we should be having the best and highly motivated officers to accelerate the process of development in hitherto underdeveloped areas, what we actually have is a cadre of uninterested officers waiting for their punishment postings to get over. Thus, what is needed is to transform these so called punishment postings to prized postings, which attract the best of talent to such areas. This can be done by offering additional perks like hardship allowances or by assuring more sought after postings after the officers have served well in such areas for a minimum period.

The officers at the district level often feel that their only role with respect to the policies of the central government is implementing them as per the guidelines. While there are huge lacunas even in putting theory into practice, a crucial link that is missing in policy formulation is the feedback on existing policies which should come from the officers in charge at the lowest tier of development administration, that is, either the block development officer or a district-level officer in charge of development administration. An efficient institutionalised feedback channel should be established so that the challenges faced are brainstormed by those involved in policy formulation and implementation, and the learnings can be incorporated in the policies to make them more effective. The absence of institutionalised feedback mechanism will only lead to ineffective policies getting implemented in an inefficient manner.

These are some easy steps that can ensure better outputs and outcomes of rural development programmes in the times to come.

Interesting findings. This is what happens to development initiatives when compliance takes over or kills the very spirit of the programme. Would like to join the discussion if the paper is presented based on some study.

Very interesting, I would wish to take part in the conversation

interesting Article and pragmatic solutions! really like the sub-headings.