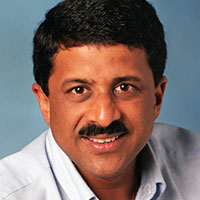 While natural disasters and political turmoil rightly grab our attention, this column shows that it is everyday events that drag most people into poverty. For many, the first of these is illness and this column argues that this is where the first battle lines against poverty must be drawn. People need more affordable, accessible, and higher quality healthcare.


In a small town of Gujarat, I met Chandibai, a woman,about 50 years of age. Fifteen years previously, her husband, Gokalji, had owned a general-purpose shop in the town centre. They also owned a house and some agricultural land. In 1989, Gokalji developed an illness that confined him to bed, sometimes at home but quite often in a hospital ward. Doctors and nurses, testing facilities and pharmacists, steadily exacted a heavy cost. Assets were sold. Debts mounted. Nearly all of their agricultural land had to be mortgaged. Three years later, Gokalji died. Following his death, the shop was taken away by Gokalji’s brothers. As is the custom in this region, the widow inherited only the house in which they had lived, along with a small remaining piece of agricultural land. Two years after her husband died, Chandibai arranged for her oldest daughter’s wedding ceremony. In a manner befitting a middle-class bride, an elaborate ceremony was organised.

More debt was incurred. Eight percent of the outstanding amount was added on as interest every month. Unless she repaid her loan rapidly, the amount she owed would double every year. Faced with these circumstances, Chandibai cut her losses as best as she could. She sold the land she had left and settled her debt.

She now labours on construction projects, on other’s people’s fields, and in their homes, usually earning less than the official minimum wage. She has no credit remaining at the local grocery shop, so she eats poorly or not at all when there is no money. It was a sad sight to see. Hanging above the broken-down string cot where Chandibai sat were two faded sepia photographs of her wedding ceremony, everyone smiling and clearly well fed. There was little hope that things would get better.

Versions of this story were repeated in every region that our team studied. Even quite well-to-do people have become persistently poor.This is unfortunate, especially when we consider that the majority of these descents into poverty could have been prevented(see Krishna 2010). Very little is being done, however,to address the problem of poverty creation.

Unnoticed and undeterred, poverty grows day by day. No single event is usually its cause. As Chandibai’s story helps illustrate, chains of adverse events are more common, pushing people into poverty by degrees.

These adverse events are most often of an everyday nature. Unlike drastic events like typhoons or earthquakes, civil wars or terrorist strikes, which occur rarely but are paid a great deal of attention; everyday events, like illnesses, deaths, and marriages, occurring everywhere and all the time, all too rarely appear on policymakers’ radar screens. Chandibai’s journey into dire poverty was precipitated by a ruinous illness, followed by the death of her husband, and made worse by an expensive wedding ceremony.

Not for lack of trying...

People do not stay poor for lack of trying. Despite their best efforts, they do not succeed because, like Robert the Bruce’s proverbial spider, one step forward is followed by two steps back for them.1 A loved-one’s illness, the death of a spouse; these setbacks tend to pitch people, like Chandibai, into a downward spiral. Of course there are also positive events in the lives of poor people – someone acquires an education and lands a job, someone else obtains a worthwhile supply contract. But the buoyancy produced by positive events is offset when adverse events take place.

The balance of events – positive and adverse – experienced by a family over time determines whether it will climb up, go down, or stay in place. The object of policy is to change this balance in favour of more positive and fewer adverse events.

I will write in my next posting about promotional policies, how more positive events can be induced. But in the space that remains here, I will focus on preventive policies, how future poverty can and must be averted.

It starts with healthcare

A vast and growing body of work has started to show how the source of a great deal of poverty is inadequate healthcare. Several other factors are also associated with falling into poverty, but in terms of frequency and magnitude the effects of ill health and medical expenses predominate. Ill health imposes a double burden on households – when high treatment costs go together with loss of earning power – and it has the biggest influence on becoming and remaining poor. Researchers who have studied these trends in different countries describe how, because of poverty neglect, a “medical poverty trap” is becoming ever more pervasive (see Whitehead, et al. 2001; Xu, et al. 2003; Zhao 2006).

Millions of families are living only one illness away from poverty, and thousands more have become deeply indebted on account of burdensome healthcare costs. Sixty percent of all families who fell into poverty in the Rajasthan communities we studied, 74% in Andhra Pradesh, and 88% in Gujarat experienced one or more catastrophic health episodes. Calculations by other researchers show how a stupendous number – amounting to 3.7% of the Indian population – is at risk of falling below the dollar-a-day threshold every year on account of healthcare expenses (EQUITAP 2005; Garg and Karan 2005)

Restricting the flow of people into poverty requires investing in better – more affordable, accessible, and higher quality – healthcare. Becoming richer as a nation will not automatically resolve this problem. Indeed, more than half of all cases of impoverishment in the US are accounted for by unbearably high medical expenses (Himmelstein, et al. 2005).

Purposive action is urgently required. Countries as diverse as Vietnam and Colombia (toward the lower end of the income scale) and Sweden and Japan (toward the higher end) have managed to serve up affordable, high-quality healthcare to their populations. In each case, whether healthcare is publicly or privately managed, government initiatives have been central for the success of these efforts.

A policy to improve healthcare in India needs to have at least three components: provision, insurance, and regulation. Extending the coverage of medical insurance schemes will achieve little by itself, particularly in areas where doctors and hospitals are hard to access. And having doctors at hand is hardly sufficient when they charge more than people can bear to spend.

Regulation is the third rung of medical reforms. The increased commercialisation of medical services coupled with weak or absent regulation has resulted in a proliferation of fly-by-night operators, over-prescription, over-charging by private providers, spurious drugs, and other avoidable evils. Without taking account of these developments, it is hard to explain why the financial burden of healthcare costs has risen so sharply, especially among poorer and less literate people.

Examples abound, albeit on small scale, of how the healthcare needs of the poorest have been adequately tackled. I work closely with one NGO in Udaipur, headed by Drs. Kirti and Sharad Iyengar, and I have been following the commendable work that many NGOs in other Indian states have been doing. Scaling-up these notable successes requires public action; the government must provide, insure, and regulate – or it must motivate other actors, supporting but also regulating effectively what they do(for some instructive contemporary examples, see Arora, et al. 2011).

Examples also exist of how other factors of descent have been rendered less influential. Norms related to marriage ceremonies and funeral feasts have been reformed by social and religious movements; crop diseases have been rendered less ruinous through actions by private foundations and for-profit businesses; and land degradation has been brought under control by NGOs, government departments, and in one case, by the selfless actions of hundreds of volunteers(see Krishna 2010).

Multiple actors can contribute positively to this effort. Much better than helping people only after they have become poor is to step in with assistance before these tragedies become full-blown and hard to reverse. Breaking the links in chains of adverse events will help prevent the growth of future poverty. Multiple actors will help break multiple links.