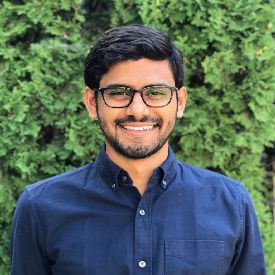 An important policy question is whether the quality of public schools can be improved enough to effectively increase student outcomes. This article examines the effects of a natural experiment to create high-quality public schools in India, called ‘model schools’. It finds that attending model schools increases students’ test scores in core disciplines, and the probability of obtaining an A or A+ in grade 10 by 20 percentage points.

The learning levels of children in public schools in developing countries is abysmally low. For instance, in 2018, more than half of grade 5 public-school children in India could not read at grade 2 level (ASER (Annual Status of Education Report) Centre, 2019). In response to the low quality of public schools, developing countries have implemented policies that subsidise private school attendance. However, evidence on whether private schools improve student test scores is mixed, and many children still rely on public schools (Urquiola 2016). In India alone, 65% of the school children (120 million students) attend public schools.

Thus, an important question for public policy is whether the quality of public schools can be improved enough to effectively increase student outcomes. In recent research (Kumar 2020), I exploit a natural experiment in education policy in India to provide the first piece of evidence on short- and longer-term effects of creating high-quality public schools.

The model schools programme, launched in 2009, established public schools that have a superior infrastructure, high accountability, English as the default medium of instruction, and contract teachers. The objective was to start one exceptionally good public school in each educationally backward block (EBB) that could serve as an archetype for traditional public schools to emulate. A block is considered to be educationally backward if its female literacy rate was below the national average, and its gender gap in literacy was above the national average in 2001. I look at all the 74 model schools in Karnataka, a southern state of India, where model schools start at grade 6 and end at grade 10.

The challenge of measuring school quality

Students may select schools based on certain unobservable characteristics that contribute to educational achievement, such as own ability, parents’ education, and income. Hence, any difference in student achievement in model schools or private schools could be due to either school quality or family characteristics. Therefore, isolating the effect of the school alone is difficult.

Each model school can admit up to 80 students in total. Using the admission lists prepared by the examination authority, the principal of each model school admits students in descending order, based on their entrance exam score and caste category. The nature of the selection process creates a cut-off for each caste category within each model school. As a result of this admission process, nearly identical students are either admitted to or rejected from a model school. For example, if a school's cut-off score under the Scheduled Caste (SC) category is 70 points, a SC category student who scored 70 can attend the model school, but a SC category student who scored 69 cannot.

I determine the causal effects of attending a model school by comparing the outcomes of students who scored barely above and barely below the admission cut-off score within their block and caste category.

I assemble three restricted student-level administrative datasets to track the students who appear for the model school entrance exam in grade 5 at two future points: grade 10 and pre-university. With a dataset of over 63,000 students from 74 model schools across three cohorts, I am able to investigate three dimensions of schooling outcomes: (A) academic achievement as measured by test scores and final grades; (B) educational attainment indicators using years of schooling; and (C) career choice using choice of major in pre-university.

Whom does it affect the most?

Given the explicit concerns about the disparity in access to quality schooling, an important question is whether these effects vary by caste, gender, or student aptitude. Preliminary results suggest that there is little variation by caste. This is due to the absence of substantial caste differences in entrance exam scores and a lack of sample size within certain caste categories. For gender, I find that model schools improve the outcomes of girls as much as they do for boys. For student aptitude, the results show that model schools have a similar positive effect for students across the ability distribution.

The evidence found in my study is also of relevance to policymakers.

With 75% (about 1 million) of schools being public schools, and 65% (approximately 120 million) of children who are in school attending a public school, quality of schooling in India is a first-order policy issue (Muralidharan 2018). For the past 15 years, improving the quality of education has been at the core of the erstwhile Planning Commission of India. Uncovering the effects of improved public schools prior to their national or state-wide implementation can be vital to their success.

Hi Sir, May I get a copy of your thesis so that I can go through it. It will be very much helpful for me

Hi Tushar, Thanks for your comment. What you have pointed out is a really important issue when looking at research that estimates parts of the education production function. In my study, students that are around the cutoff for getting into a model school are very similar on several characteristics (gender, age, location, caste, etc). The only thing that is changing is the school that they attend. Now, attending a model school is the treatment here as nothing else has changed. However, it is possible that as a result of a child getting into a model school, the parents might adjust how much they spend on their child's other educational needs such as maybe buying a laptop. But I do not have data on this to see if this is really happening and you can think of a bunch of things like this that might be happening in the general equilibrium framework. We try to do the best that we can given the data that we have to say here is the best evidence there is on what will happen if you improve government schools. There are several credible papers that do tease out the effect of a single variable. The main idea in the articles that do this is they try to keep everything else constant or at least that children are similar in all other characteristics except for one aspect (which is the treatment). I discuss some of those studies in my paper.

Sir, You have rightly pointed out that public school still lies at the core of our education system and in oder to reap the demgraphic divend we must stress on the quality of education. Sustainable Develoment Goal 2030 also emphasised the on that issue. But most of the research in the past with a few exceptions have been following the production function theory where some variables like patental education pupil-teacher ratio are taken as inputs and educational outcome considered as output. After having this hypothesis, usual practice is to run regression anlysis. Many a time it has been found that problem of multicolinearity among the variables are ignored. It is very difficult task to segregate the effect of a single variable, when there always exist combine effect on the educational outcome. Hope you enlighten me on this issue. Thanks for giving me the opportunity for sharimg my views.