In the run-up to the Paris Climate Summit, there has been a growing call among advanced nations to phase out fossil fuels. In this article, Arvind Subramanian, Chief Economic Adviser, Government of India, argues that shunning coal is not viable for India. Instead, the world should come together to find effective techniques to ‘clean and green’ coal.

E. Somanathan, Executive Director, South Asian Network for Development and Environmental Economics, contends that it makes no economic sense to make further investments in coal, and that public policy should now be focused on renewable sources of energy.

Milind Kandlikar, Professor at the Institute for Resources, Environment and Sustainability, University of British Columbia, says that he is also not in favour of investing in coal, but is less optimistic about solar power in India in the medium term due to issues of grid integration and land requirements.

A decade or two from now, the world should be able to look back at the United Nations (UN) climate conference in Paris and say with the wistfulness of the ex-lovers in Casablanca: “We’ll always have Paris.”

But will we? There is real anxiety in India, and other poorer countries that rely heavily on coal, that the stance of advanced nations might in one vital respect stand in the way of successfully fighting climate change.

In the run-up to the conference, there has been a growing call — first articulated clearly at this year’s summit of the Group of Seven (G7) leading industrialised nations — to phase out fossil fuels. The US and others have also vowed to vote against fossil fuel energy projects in developing countries when multilateral development banks are voting on them. Meanwhile, the US produces at least 35% more coal than India.

For India — a country struggling to provide basic electricity to about 25% of the population, according to conservative estimates — this smacks of a ‘carbon imperialism’. And such imperialism on the part of advanced nations could spell disaster for India and other developing countries.

In fact, rather than replacing coal, the only way India and other poorer nations can both meet their needs and minimise damage to the environment may be to find effective techniques to ‘clean and green’ coal.

Under any plausible scenario, coal will provide about 40-60% of India’s energy until 2030. It will, and should, remain the country’s primary energy source because it is the cheapest fuel available.

But India is neither unaware of the social costs of coal nor is it lax in promoting renewables. It has already started taxing carbon, both explicitly and implicitly. The coal tax has quadrupled to Rs. 200 (US$3) a tonne since 2014. This has resulted in an implicit carbon tax of US$2 a tonne of CO2 on domestic coal. This may, of course, still not be enough to cover all the social costs of carbon use.

There has also been a substantial indirect tax on carbon. In response to the fall in the oil price, the government has eliminated subsidies on petrol and diesel and increased taxes. India has therefore moved from a negative price — that is, a subsidy — to a positive price on carbon emissions. In contrast, the governments of most advanced countries have simply passed on the benefits to consumers, setting back the cause of curbing climate change.

It is encouraging, too, that the problem of pollution is becoming part of domestic political discourse. The central government is requiring monitoring mechanisms for pollution in a number of cities. The pressure on local governments elsewhere in the country to take account of the domestic social costs of increased carbon-related pollution — health, accidents and congestion — will almost certainly grow.

India is committed to an ambitious renewables programme, ramping up renewables capacity from 35 gigawatts today to 175 gigawatts by 2022. But as Bill Gates, Microsoft co-founder and philanthropist, has pointed out, the prices of properly costed renewables are not competitive with coal today, and they are not likely to be any time soon. It is wishful thinking to imagine that renewables can replace coal in the foreseeable future.

So, although India is committed to curbing climate change and to promoting renewables, making coal clean is vital to the country’s development. However, this cannot be done by India, or anyone else, alone.

Technologies that are already available, such as carbon capture and storage, have proved prohibitively expensive. To discover truly effective techniques, the world collectively needs to embark on a programme akin to the Manhattan project that produced the first nuclear bomb.

This would require investment from both public and private sectors, in advanced and developing nations, as well as a range of policy instruments. But the rich world’s preoccupation with phasing out fossil fuels creates a risk that the private sector — already lukewarm about investing in cleaning coal — will read the signals and abandon this project altogether.

In the past few months I have met senior leaders from the US, the UK, France, Germany, Australia and Japan. All appreciated that the need to clean coal is a significant part of efforts to fight climate change. The time is ripe to create a global green and clean coal coalition; that, rather than unconscionable calls to phase out India’s cheapest form of energy, would best serve the cause of fighting climate change.

This article has appeared in Financial Times and Indian Express.

In the light of recent experience, to look for massive investments in R&D to find a way to use coal cleanly is unrealistic.

First, there is and has always been a theoretical problem with carbon capture and storage. It will always be an add-on cost on top of the cost of getting energy from coal. So it will always require a carbon price to make it viable. But poor countries are not willing to impose a carbon price unless rich countries make transfers to them - and rich countries are not willing to make the transfers. This is the reason why climate negotiations have made no progress for 20 years.

Second, carbon capture and storage has been talked about for decades. It has not worked so far and industry and governments have given up on it. On the other hand, new utility-scale solar PV (photovoltaic) in India is already competitive with new coal-fired power plants. The bid prices are outlined in this article: http://reneweconomy.com.au/2015/indias-grand-solar-plans-ruin-abbotts-coal-export-strategy-77514 (these are reverse auctions for 25-year contracts to sell power to the State utility; the article was written before the solar PV auction in Andhra Pradesh on 3 November that produced a winning bid of Rs. 4.63/KWh - locked in for 25 years in nominal terms, for the entire 0.5 GW up for bidding).

Grid integration costs for solar - which is what Arvind seems to be thinking of - are small (see KPMG report here).

Third, about 20% of India´s electricity consumption today is for irrigation pumps. These are a flexible load - it doesn´t matter what time of day or night you pump water. That means that at least until solar PV has reached the point when it accounts for 20% of electricity consumption (rather than ~1% at present) the fact that it is available only during the daytime is irrelevant.

I agree that coal will still account for a substantial part of our electricity consumption in 2030, but these will be old plants that will stay alive because their capital costs have been paid off, and because it takes time to add new renewable capacity. But there is no reason at all to invest in new coal plants now. It is all too likely that such new plants will be uneconomical - becoming stranded assets almost as soon as they are built, and the government will be liable for the losses. All capacity addition now should be in renewables.

So what happens in a few years’ time when renewables account for 30% of electricity supply as in Germany today? Do we then go back to building new coal plants? Maybe and maybe not - in any case, they are equal cost and higher risk now, so we should not build them now. 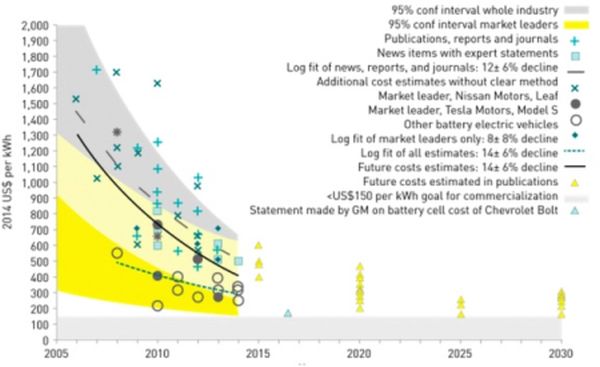 Within a decade, electric cars will be competitive and the increase in output will move batteries down the learning curve for stationary storage applications as well. So there may never be an economically viable coal plant built ever again.

While the health and environmental costs of coal are acknowledged, they are often underestimated. According to an IMF working paper, in India, the air pollution externality is about US$30/tCO2e (tonne of carbon dioxide equivalent). But our coal tax is less than US$2/tCO2e and we also have the externality of forest and water supply losses (http://scroll.in/article/761934/india-is-diluting-forest-protection-by-ignoring-this-one-vital-thing). The latter, especially, will constrain economic growth very sharply.

In short, it makes no economic sense to make further investments in coal at this juncture. Since when has ignoring externalities become good public policy? Policy should now be directed toward investments that prepare the grid for the integration of renewables. And there are ideas for doing this - see Shilp Verma´s talk: http://www.isid.ac.in/~cecfee/events.html. India should be asking for money to help speed investment in renewables - see my talk at the College de France conference for a way to make this politically palatable.

I agree with Somanathan’s views on carbon capture and storage. The claims have never lived up the reality for about 20 years since it first surfaced from the fossil lobby as a ‘viable’ option. However, I am not as optimistic as Somanathan about solar power in India in the medium run (20-25 years) for two reasons.

First, I am not sure I agree with the notion that grid integration costs are ‘small’ - India´s grid is a wreck and the mismatch between renewable generation and demand is a serious concern. Even Germany´s very expensive solar programme has had difficulty here. Perhaps now that California has woken up to utility-scale solar we will see solutions emerge (batteries being key).

That Germany and California/US utilities, with their deep pockets and strong administrative capacity (can´t really put a dollar value on this!), might be able to pull off mass solar does not mean that India´s utilities can. India will almost need a new grid to handle very large scale diffusion of solar. Perhaps the technology and capacity for this is what rich countries can help build.

Second, I worry about land requirements in a place like India - land in India is political. Mass diffusion of solar will need land. If the benefits of solar do not flow to locals - but simply reinforce the existing urban bias - there is bound to be a collision.

I´m not sure Milind is comparing apples to apples. Sure, the grid is bad. But that should make it easy to integrate renewables because blackouts are not a failure - they are simply routine. If you have abysmally low standards, then it is easy to meet them.

I also don´t see Milind´s logic for continuing with coal. If local pollution externalities from coal are accounted for in the price of new plants, the price would be far above solar. Then it would simply lose all the auctions. Why not let the market work in this way? As I pointed out, with the flexible load from irrigation, this is not going to create a problem for a few years.

I don´t agree about the land. (See Shilp Verma´s talk here.) This will need policy action on the part of the government. But that´s what governments are for - to formulate and implement good policies. This would be better than throwing more good money at coal that has a high risk of turning bad.

Somanathan and I are more in agreement than not. I don´t like the idea of investing in coal either. But I have my engineer´s hat on - so worrying about the technical coordination challenges involved in solar.