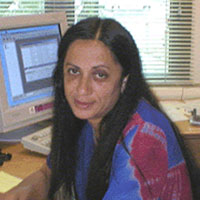 Despite government efforts, stark inequality in India's schools persists, particularly in rural areas. This column argues that the failure may lie in policy design – rather than helping the worst schools catch up, policies are helping the better ones get further ahead.


India is beset by inequality in its schooling - children from wealthier families living in more developed parts of the country perform much better than those from less privileged backgrounds. The differences, widely attributed to family characteristics that shape learning from very early stages, have proven difficult to reduce even through policies specifically designed to address schooling inequalities. In this column, I argue that the failure may lie in policy design. All too frequently, policies are based on assumptions regarding the underlying determinants of school performance, which may not be valid. Additionally, the corrective measures generally identify low-quality schools on the basis of a common set of indices. Given the extensive variation in socioeconomic conditions across the country, even within a state, a common set of indices may result in mis-targeting of funds, with more resources going to already academically strong schools rather than to those in backward regions.

An example of policy failure comes from the central government’s policies that compensate small schools by giving them more resources, on the assumption that small schools suffer from certain disadvantages. On the demand side, small communities tend to be in relatively remote regions. Hence, they are believed by the government to be poorer and inhabited by people with lower levels of education, who will then demand less education for their children. On the supply side, small schools generally necessitate multigrade teaching, which involves one teacher simultaneously teaching students of different grades in a single classroom. This implies significantly less teaching time per grade. Multigrade teaching is believed to reduce learning in systems where the curriculum is relatively rigid and grade specific, as is the case in most developing economies. 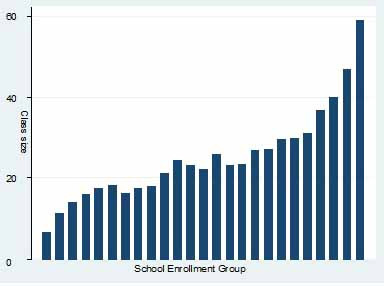 Unfortunately, the policy was not preceded by research on the effects of multigrade instruction on learning. Nor was any attempt made to assess the initial learning disadvantage suffered by students in small schools. Our recent research shows these failures have resulted in schooling policies exacerbating, not reducing, initial learning inequalities multigrade teaching does not adversely affect outcomes, and small schools are not necessarily serving students with the greatest initial learning disadvantages (Kochar 2012).

While there are few credible studies that establish the effect of multigrade instruction, there is a relatively large literature on class size effects. Evidence from developed countries such as the US generally supports the hypothesis that small classes improve learning (Angrist and Lavy 1999, Hoxby 2000). However, reviews of the evidence from several different countries, though supportive of this hypothesis, find that estimates are frequently imprecisely measured (Hanushek and Luque 2003).

Research on class size in developing economies frequently maintains that the environment in these countries removes many of the challenges for empirical research found in developed countries (Urquiola 2006). For example, a common problem is that estimates of the effect of class size on learning may be capturing the effect of better matching of students and teachers or better grouping students of similar ability. If this is the case, any estimated effect of class size may well be biased. This bias does not exist in research conducted on small schools in developing countries, such as those found in rural India. Here, cohort sizes are too small for schools to be able to divide grades into groups that might improve their quality of teaching.

Estimates of multigrade and class-size effects

To estimate the effect of class size and multigrade instruction on learning, we test all third-grade students from 720 rural schools in Karnataka in language and mathematics, using tests designed by an independent testing service. The students were also evaluated on a set of non-cognitive skills such as leadership, social skills, communication, and confidence levels (Kochar 2012).

We find that reducing class size significantly increases language and mathematics test scores, and promotes development of non-cognitive skills. However, contrary to conventional wisdom and policy assumptions, we find that multigrade instruction does not significantly affect mathematics or language test scores, and its effect on three of the four non-cognitive skills we evaluate is actually positive. Our research suggests that the perceived negative effects of multigrade instruction may be a consequence of the larger classes that emerge when two or more cohorts are combined in a single classroom.

Effects on learning inequalities between small and large schools

Our finding of an insignificant effect of multigrade instruction on learning nullifies one justification for the government’s compensating policies for small schools. However, the positive effect of small class sizes suggests that these policies may nevertheless help overcome learning inequalities between small and large schools that are attributable to socioeconomic background diversity among students.

We find, however, that this is not the case - the government’s programme for smaller schools has increased regional schooling inequalities. This is because the widespread policy assumption that smaller communities are poorer is wrong.

In the state of Karnataka, though villages in the southern region boast better infrastructure, agricultural conditions, and higher wealth, they are much smaller than villages found in the relatively underdeveloped northern region. These regional differences in village size appear to be historically determined.

Indian villages are divided into several habitations, which are groupings of households along caste lines. Under Indian policy, it is the habitation, not the village that forms the basis for school location policies, with the government committed to providing a school to each habitation. Correspondingly, variation in school size reflects variation in habitation population more so than village size. Data from the All India Education Surveys reveal that size differences are even more acute at the level of the habitation –In 1993, average habitation size was only 611 in the southern districts of Karnataka and almost double this figure in the north (1,183). Correspondingly, the average size of primary schools in the northern region is 178 (2009-2010), relative to a size of 130 in the south. Analysing data from the 2001 census, we find that the negative correlation between school size and level of socioeconomic development of the village is not unique to Karnataka.

The fact that small schools cater to relatively well-off populations in many parts of the country implies that the government’s policy of providing more resources to small schools benefits schools that already enjoy a substantial advantage relative to poorer, relatively large schools.

The inefficiency of centralised policies

On the basis of our results, a uniform policy that provided one teacher for every 30 students in all schools would cut learning inequalities approximately in half. In mathematics, for example, average test scores in the more advanced southern districts of Karnataka are 51%, 10 percentage points higher than those in the north (41%). The implementation of a uniform 30:1 student teacher ratio would halve this difference, raising test scores in the north to 46%, leaving the average score in the south unchanged.

The results of this paper highlight the inefficiency of centralised decision making in an economy as diverse as India’s. A uniform policy that allocates resources on the basis of school size fails, mainly because the relationship between village size and socioeconomic status varies across regions. The failure, of course, is not necessarily one of centralisation, but of the uniformity of the policy and the failure to use information on local conditions in the design of policies.

This column is based on research funded by the William and Flora Hewlett Foundation’s Quality Education in Developing Countries Program. The views expressed are those of the author.