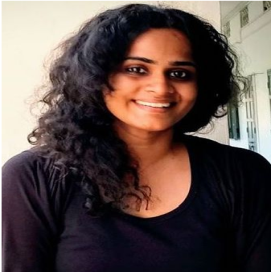 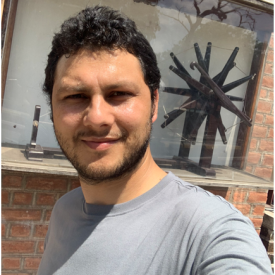 In May 2020, the Finance Minister announced an economic relief package totaling Rs. 20 trillion, in response to the Covid-19 crisis. However, the actual stimulus is estimated to be only 1.3% of GDP. In this post, Khan and Abraham assess the earning loss of workers during different phases of the lockdown, and contend that, even if we consider just the earning loss of workers in the informal sector, the actual stimulus in the package should have amounted to at least 3% of GDP.

On 17 May, the Finance Minister made the final announcement regarding the economic relief package totaling Rs. 20 trillion, in response to the Covid-19 crisis. This amounts to about 10% of the country’s GDP (gross domestic product), but a detailed analysis shows that the actual stimulus expenditure accounts for just about 1.3% of GDP, and is mainly disbursed as an additional Rs. 400 billion to MNREGA1 (Mahatma Gandhi National Rural Employment Guarantee Act). Against this backdrop, we have used the Periodic Labour Force Survey (PLFS), 2017-18 data to estimate the earning loss of workers during the different phases of the Covid-19 lockdown. We have also estimated what percentage of the population can sustain consumption under lockdown and for how long. We find that the lockdown affects the employment of 93% of the Indian workforce, which is a staggering 430 million workers. We also show that 25% of the Indian population cannot survive more than a month without income or employment, and a mere 3.5% can sustain their consumption without employment for a period longer than two months. In our estimation, the stimulus in the relief package should have been at least three times the actual amount to just break even the wage/earning losses for a period of eight weeks.

Wage/earning loss due to the lockdown

Since the PLFS, 2017-18 reported earnings of self-employed workers for the first time, we have been able to capture a more accurate picture of the same. While calculating the wage/earning loss, we have also been careful to exclude workers employed in the essential service sectors, such as public administration, defence, health, electricity, water, and other essential sectors who are continuing to work during lockdown, and are not facing any wage cuts. We have also excluded workers across the sectors and industries who could work from home, or have work contracts and job security as their wages and employment are also not affected by the lockdown. Overall, these excluded workers constitute only 6.6% of the Indian workforce leaving an astounding 430.4 million workers, which is 93.4% of the workforce, affected by the lockdown. As shown in the table 1, only 4.5% of the workers have some kind of social security or a written contract of more than a year, or are eligible for paid leave.

Table 1. Workers affected by the lockdown

This estimation is based on the actual wages/earnings from PLFS, 2017-18, but there are a large number of workers whose earnings are below the minimum wage. About two-fifth (39%) of the workers in India receive wages less than the existing national minimum wages of Rs. 178.

We re-estimate the earnings loss if all the workers received at least the minimum wage. The loss was calculated based on the existing national minimum wage. The wage/earning loss estimated is 1.55%, 2.64% and 3.52% of GDP for four, six, and eight weeks, respectively. Thus, we can say that even with the most conservative estimates, at least three times the proposed stimulus should have been disbursed.

Table 2. Wage/earning loss due to lockdown

How many can survive, and for how long?

Another important question that should be raised is: How long, and what proportion of the population, can survive under the lockdown? The PFLS, 2017-18 is a useful source to analyse this aspect as it collects data on monthly consumption expenditure of households. Since it does not collect data on the household income from all sources, we calculated the income/earnings at the household level, aggregating the wage and earnings of regular, casual, and self-employed workers in the household.

With a highly unequal society like ours, the effects of lockdown are not the same for all, and since the lockdown announcement was abrupt with just a four-hour window, it did not allow any time for preparedness. We classified the population into following categories, based on the ratio of consumption to income. Those who have consumption-to-income ratio of 1, live a hand-to-mouth existence. Those with a ratio above 1 can survive less than a month on a month’s savings, and still higher values depict a higher level of precariousness. Consumption-to-income ratio taking a value below 1 indicates ability to save; and the lower the value, the longer one can survive without employment under lockdown.

Our analysis shows that 335 million people (25% of the population) has consumption-to-income ratio value equal to or less than one, indicating a high level of precariousness under lockdown, as they do not have any savings to consume for the time period during which they do not earn. Of this, 183 million (13.9%) can be categorised as ‘destitute’; these include the poorest of the poor, whose earnings from all sources are less than or equal to their consumption requirement of two weeks. About 155.5 million people (11.6%) have a ‘hand to mouth’ existence; they can survive for a period of one month with the previous month’s earnings. About 50% of the population constitutes people who could survive the third phase of the lockdown. Of these, around 20% of the population have income that will sustain consumption for 5-6 weeks (‘marginal’), and approximately 30% can sustain 6-7 week (‘vulnerable’). Only a fifth of the population can survive on their monthly income for eight weeks, and can be termed broadly as ‘insecure’. We should take note of the fact that a mere 3.5% of the Indian population can survive more than eight weeks without work under lockdown, and can be called ‘secure’.

From the analysis, two things emerge clearly. First, actual stimulus in the economic package announced is just 1.3% of the GDP, which is highly inadequate. Even if we consider just the wage/earning loss of workers in the informal sector, the actual stimulus in the package should have been at least 3% of GDP. Second, the economic hardships are huge, and 25% of the population cannot sustain themselves during the lockdown for more than a month. As we have crossed 10 weeks of the lockdown, about 100 million workers have lost their jobs, as per the CMIE (Centre for Monitoring Indian Economy) data, while another 350 million working in the informal sector face uncertain employment conditions. Scourging a living will be harder in urban areas where self-sustenance is more difficult. A large proportion of the population has depleted their existing income sources, and has been pushed to precarious living conditions. Identifying, and reaching out, to the most vulnerable sections of the population with targeted policies is imminent. If adequate measures are not taken to provide for consumption during after this extended lockdown period, India as a nation faces a larger threat than that of a health pandemic – poverty, destitution, and hunger – signs of which are already visible in many parts of the country.