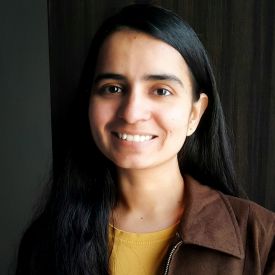 The 2021-22 Budget allocation for MNREGA is 34% lower than the revised estimates for the programme in 2020-21. Analysing official MNREGA data, this article suggests that districts that have historically exhibited high State capacity to utilise MNREGA funds, have been better able to use the additional funds for employment recovery last year – especially for women.

Data from CMIE’s (Centre for Monitoring Indian Economy) CPHS (Consumer Pyramids Household Survey) (Afridi, Mahajan and Sangwan 2021) show that employment fell precipitously during the lockdown phase of April-May 2020. It exhibited a V-shaped recovery in June-July with easing of mobility restrictions, but tapered off thereafter and has remained below the pre-pandemic level since the economy opened up further from August onwards. A key measure that the government undertook to pump up employment was increased allocation for MNREGA (Mahatma Gandhi National Rural Employment Guarantee Act)1 allocation.

Employment gains from MNREGA spending in 2020-21

In the context of budgetary allocation, it is imperative to understand what the overall employment gains from MNREGA spending were last year and where the gains accrued. This is because the programme can potentially lead to not only direct gains in employment, but also have a multiplier effect2 on the economy by spurring demand for goods, as additional income reaches the hands of people.

Our analysis using the CMIE-CPHS data shows that an increase in historical State capacity to provide MNREGA by one day per rural inhabitant (approximately moving a district from 50th to 95th percentile of the MNREGA historical State capacity distribution) in a month reduced job losses in rural areas during April-August 2020 by 3.1 percentage points overall or 7% over the pre-crisis employment rate. Rural women's employment increased relatively, by 8.6 percentage points or 74%, suggesting that not only were employment losses for women stemmed, women who were previously not in the labour force, may have entered the labour market during the crisis in districts with high MNREGA State capacity. Thus, it appears that women benefitted more than men from the employment guarantee, in terms of bolstering their overall employment rate. However, we find no spillover effects due to MNREGA on the urban labour market.

Why did women benefit more?

Reservation for women in MNREGA jobs and possibly higher allocation of MNREGA person-days to women during the crisis cannot explain the disproportionate benefits to women (women workers made up for approximately 48.5% of MNREGA person-days, both before and during the pandemic crisis). Women’s labour market participation has been shown to be countercyclical3 in existing research (Sabarwal et al. 2011) – with significant losses to household incomes, women often join the workforce. However, women are likely to prefer jobs near home due to mobility restrictions, safety concerns, and the need to balance care work with market work (paid work outside the home and besides MNREGA) as well as a guaranteed job (Dhingra and Machin 2020). Since MNREGA guarantees work within the village precincts, it meets many, if not all, of the preferred job characteristics of women.

We find that gains in employment for rural women, in areas with historically high MNREGA State capacity, varied by marital status, education, children, and poverty levels. Married women's employment probability increased by 33% more than women who were never married, and that of women with primary school-going children increased by 33% more than those in households with no child in that age group. These findings support the hypothesis that limited mobility and the need to balance childcare duties could have led to women accessing a public guarantee programme like MNREGA more than men in the past year.

Employment probability of women who were less educated or in households classified as ‘poor’ increased relatively more due to MNREGA. However, we do not find any significant difference in employment increase due to MNREGA State capacity, by previous employment status of women. In other words, women who were previously employed as well as those who were not reportedly employed pre-crisis, benefitted in historically high MNREGA State capacity areas. Lastly, rural women in districts having low migrant worker population were more likely to join the workforce during April-August. This can potentially be attributed to the lower demand for limited MNREGA jobs in low-migrant districts, as primarily male migrant workers returned to rural regions post the nationwide lockdown in March.

On the other hand, we find no differential employment effects along the dimensions of marriage or children in the household for rural men. Thus, mobility and childcare concerns were additional factors due to which women may have benefited more from MNREGA during the crisis.

Demand for social protection has peaked during the crisis and is likely to remain high. While women’s labour force participation has been dismal in India, even more so in urban areas, they are likely to join the workforce during periods of economic distress. Thus, the nature of guaranteed jobs – the skills required and wages offered – can be a critical determinant of which demographic groups benefit from such social protection. Our analyses shows that past State capacity to utilise MNREGA funds has aided employment recovery, and more so for women. Augmenting MNREGA funds (Narayanan et al. 2020) – along with efforts to ensure that local bureaucracy and grassroots institutions have the capacity to quickly translate funds into jobs on the ground – is thus critical for protecting livelihoods and creating a multiplier effect on aggregate demand in the economy.

This article is published in collaboration with The Wire.