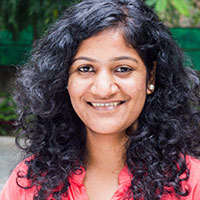 The frontline administration in India is infamous for corruption and patronage, indifference towards citizens, low effort and high absenteeism. This column reports findings from a year-long qualitative study on frontline education administrators in Bihar. Part 1 captured perspectives of frontline administrators on their role in the education hierarchy and how organisational design and culture shapes everyday behaviour. This part offers insights into how the frontline responds to reform efforts, and how this impacts institutionalisation and scaling up of reforms.

This is the second of a two-part series.

In the first part of the series, we presented our interpretation of the implementation ecosystem for elementary education in Bihar. In our analysis, the 'legalistic' culture among the bureaucracy and its two hallmarks – hierarchy and strict adherence to rules and procedures - has created a work environment where frontline administrators shape their professional identity solely as passive rule followers or 'post officers' rather than active facilitators of learning in schools.

In this part, we draw on this interpretation to understand the conditions of success and failure of education reforms. Our focus is on interpreting the interplay between reform objectives and the everyday practices of those tasked with implementing reforms. In particular, we seek to unpack how organisational culture and resultant perceptions and practices of frontline administrators facilitate and/or distort the process through which reforms get integrated and absorbed into the everyday workings of the education system. We do this by studying a unique moment of transition in the Government of Bihar's (GoB) elementary education policy.

In April 2013, the GoB announced an innovative policy called 'Mission Gunvatta' (MG) to improve learning outcomes amongst students attending elementary government schools. The programme had two components. The first focused on strengthening governance and school processes. The second component was an effort to strengthen the pedagogy by re-grouping children in standards three to five according to their learning levels rather than age, and provide them with remedial education for two hours during the school day. This was complemented by a clearly defined target of achievement.

The pedagogical component was particularly interesting because it built on a homegrown experiment implemented in Jehanabad and East Champaran districts in Bihar, implemented in partnership with a prominent education non-governmental organisation (NGO), Pratham. Importantly, these experiments were designed to build local administrative capacity to support schools from the bottom-up by investing in Cluster Resource Centre Coordinators (CRCC)1. Often referred to as "Teaching at The Right Level" (TaRL)2, the success of these pilots accelerated a state-wide debate on mechanisms for improving learning that culminated in the launch of MG3.

Although launched with much fanfare, the programme was short lived. It ran in sporadic bursts of action between 2013 and the summer of 2014. By the time we went to the field at the start of the 2014 academic year, the classroom focus of the MG had all but disappeared.

The success of the pilots and its eventual failure to absorb alternative teaching practices into the everyday workings of the education frontline provides fertile ground to answer important policy questions related to the implementation conundrum and education reform in India. What does it take to institutionalise service delivery reform in India? When and under what conditions do reforms get integrated and absorbed into the everyday workings of the state? And when and how is change resisted, subverted and distorted?

Conditions for success: What causes the 'post office' equilibrium to shift?

The success of the Jehanabad and East Champaran experiments offer useful insights into the conditions under which the 'post office' equilibrium shifts.

Unsurprisingly, committed leadership that motivated the frontline officers and regularly monitored progress was central to facilitating this shift. But the key to success lay not just in the leadership's commitment but in the subtle shift in the dynamic of leadership. Rather than expressing leadership through hierarchy and demands for compliance, district leaders encouraged active dialogue and problem-solving with the CRCCs. The District Magistrate in Jehanabad, for instance held regular meetings with CRCCs to discuss the implementation of the programme, and based on their inputs, instructed senior officials to take appropriate action. This empowered CRCCs.

"We had direct access to the DM. We raised the issues….The DM would then instruct his officers ( our seniors) to buckle up and take action. He was listening to us instead of the officers more than anything else."

These interactions were complemented by Pratham's training approach that included assessments, on-site practice in the new pedagogy and regular handholding. The training method made the problem of learning and possible solutions visible to CRCCs which in turn left them feeling relevant and capable of implementing the task assigned to them - a fact that was highlighted repeatedly in our interviews.

In summary, leadership style and problem-solving approach adopted during pilots stood in sharp contrast to the business-as-usual experience described in Part 1, and enabled a transition in the self-perception of the CRCCs away from the passive 'post office' narrative toward a more problem-solving 'agent of change' and 'empowered leader' one.

However, these successes were short-lived. And in this failure to scale lies the most complex puzzle of implementation – why reform efforts which energise and enthuse government systems to behave differently fail to sustain when routinised into the everyday functioning of the system?

Why do shifts in the 'post office' State fail to sustain?

The obvious interpretation of the short-lived nature of the MG experiment and its failure to embed itself within the education system in the state is the shift in politics. Change in the political and bureaucratic leadership in the state post 2014 national elections defused an important condition for success: the alignment between the goals of the programme and leadership at the top.

While this is certainly part of the explanation, there remain a number of unanswered questions that are central to understanding why the momentum gained from the pilots and roll-out of the MG failed to withstand political and leadership change. For instance, why did the initial sense of 'empowerment' described by CRCCs not lead to a longer-lasting shift in CRCCs' self-perception of their roles as academic mentors? Why did the teachers not demand support and mentorship once the initial momentum reduced? What prevented teachers and CRCCs from incorporating practices learnt through the initial implementation phase into their everyday classroom transactions?

Our analysis highlights the degree to which the legalistic culture and the narrative of the 'post office' State that it fosters, serves to impede and ultimately distort reform efforts to shift classroom practices in the state. Below is one illustration of how this played out in practice.

When asked to share their perspectives on what causes learning gaps in schools, the responses were strikingly similar across the different levels of administration. Mirroring the 'post office' narrative, the common thread running through these responses was the degree to which the problem of learning is a consequence of factors outside the control of the frontline bureaucracy. These included poor policy design, weak administration, and socioeconomic context such as lack of parental interest.

At no point did the conversation steer towards the role of classroom transactions – pedagogical strategy, curriculum, quality of textbooks, student learning levels – in influencing learning outcomes. Yet, when the interview turned to their experiences with the pilots and later with the MG TaRL experiment, administrators and teachers alike, highlighted the degree to which the changes in pedagogical strategy, and realigning the classroom can in fact motivate teachers and accelerate student learning. Several CRCCs and teachers noted that the new teaching methods enthused students - attendance increased sharply during MG and students began approaching their teachers and sharing their problems with them. Many CRCCs also remarked how this was the first time that the entire system was taking about "teaching-learning."

Regardless of these gains and the actual experience of very visible shifts in learning, when it came to articulating the learning problem and identifying possible solutions, almost every interviewee (with one exception) reverted to the "larger" system issues that needed to be resolved to ensure that learning improves. For most, including respondents who were visibly enthused by the pilots, the "teaching-learning" intervention was a useful short-term effort the ingredients, of which had little role to play in addressing the larger systemic problems that plague the education system.

In our analysis, the primary reason for this disconnect between the articulation of the problem and the experience of a solution, can be traced back to the dynamics of the 'post office' State. The fact that frontline administrators largely perceive themselves as cogs in the administrative machine inevitably leads them to internalise and interpret the challenges they face in their jobs as something that remains outside of their control. This legitimises a culture of apathy and lack of responsiveness toward understanding and directly addressing the learning deficit.

Consequently, reform lasts only as long as a 'leader' or 'monitor' is present to pursue the agenda. In fact, throughout our interviews, the common narrative in both settings was that monitoring increased during the time of the pilots and this served to discipline the frontline administrators and energise them into action. And while this 'discipline' certainly ensured that the system worked, it failed to engineer long-term shifts in work culture, because it created a dynamic of short-lived 'responses' from CRCCs and teachers to demands from the top. Once monitoring reduced, the system defaulted back to its routine business.

"No senior officers came to the school during Mission Gunvatta…so we didn't teach the way we were supposed to."

It is instructive to note that many stakeholders in the pilots, most of whom appreciated the effectiveness of the approach, hesitated at the prospect of scaling up. Instead of viewing it as an opportunity to deepen a successful effort, CRCCs started listing out potential obstacles which could hamper progress. As one CRCC in East Champaran commented:

"(pilot) was a success…now the thought of having to do better…will require more effort to inspire teachers, and create the right working environment."

Debates on social policy reforms in India have tended to dismiss the perspectives of frontline administrators as nothing but petty complaints of an apathetic bureaucracy serving to legitimise its apathy and inaction. However, our research highlights that embedding change requires a far deeper engagement with these perspectives and consequently, the organisational design and culture that sustains these complaints.

Recent work on organisational culture and management practices, particularly in Latin American bureaucracies (Pires 2010, Piore 2010) offers useful insights into how changes in management practices – greater discretion with robust feedback loops through platforms for regular interaction between peers and superiors - can in fact induce long-term shifts within bureaucracies. However, achieving this will require significant shifts in current perceptions of the problem of administration in India – most of which tend to focus on the constraints faced by the elite Indian Administrative Services (IAS). The IAS, in turn, remain sceptical of the ability of the frontline to function as change agents without greater disciplining from the top, and in this process, further entrench the 'post office' syndrome and build leadership that privileges hierarchy rather than mentoring and problem-solving. Shifting the debate on administrative reforms away from an exclusive focus on the IAS, to an active engagement with the question of work culture and building management practices that facilitate dialogue is, thus, the real challenge for service delivery reforms in India today.

This is the second of a two-part series.